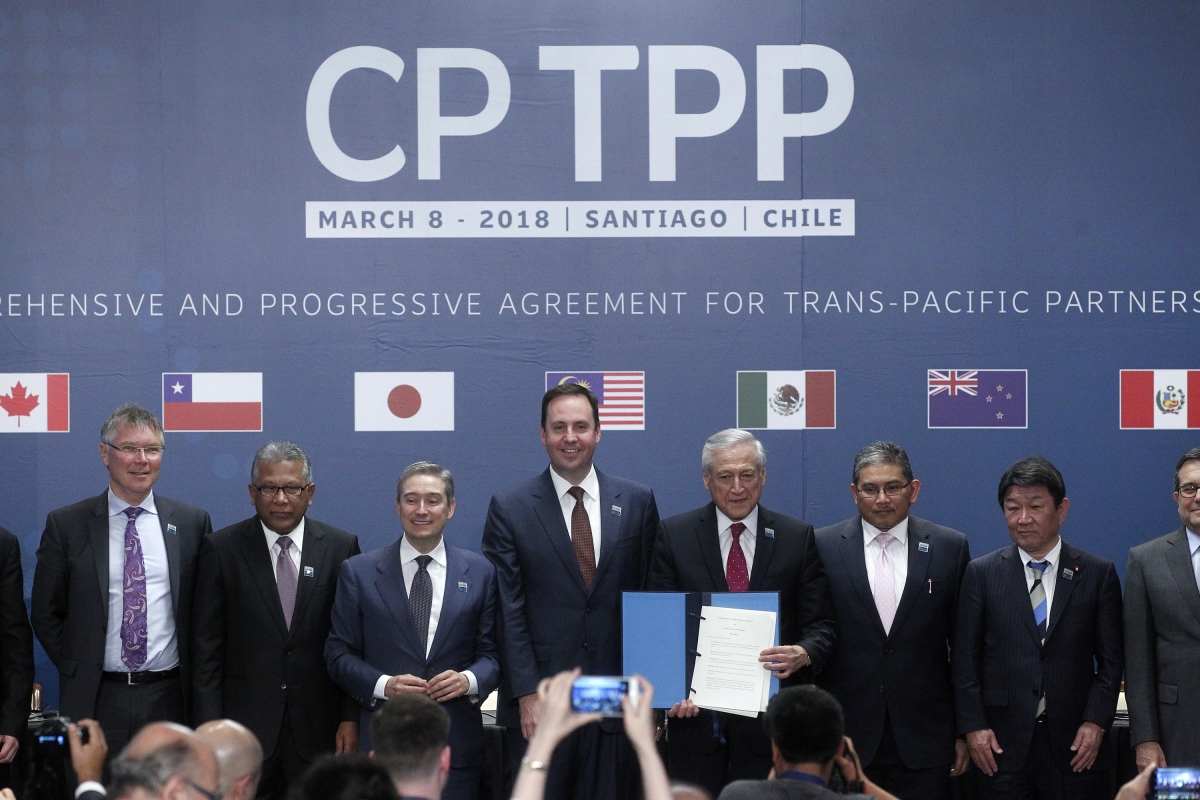 This week, U.S. President Donald Trump, for the second time, raised the prospect of the United States rejoining the Trans-Pacific Partnership (TPP) trade agreement. In light of this development, ASPI Vice President Wendy Cutler spoke to Mary Louise Kelly on NPR's All Things Considered about the original purpose of the Trans-Pacific Partnership. Below is a transcript of the interview provided by NPR. (5 min., 4 sec.)

Mary Louise Kelly: President Trump wants to explore re-entering the Trans-Pacific Partnership. Now, this is a pact he has called a horrible deal. Backing the U.S. out of it was one of the very first things he did as president. To try to make sense of this about-face, we turn now to Wendy Cutler. She helped negotiate the TPP for the U.S. during the Obama administration. And she's here in the studio now. Wendy Cutler, welcome.

Kelly: Let me start by reminding people exactly what the TPP is. It started with 12 nations from all over, spanning Asia, Australia, North America, South America. And the original notion in a nutshell was, let's all get together. Let's lift tariffs on trade. Is that right?

Cutler: Not only tariffs, but let's also come up with rules that will define trade flows for the future. A lot of the genesis had to do with the fact that the World Trade Organization was unable to negotiate new trade agreements - too many countries in the WTO. And so a group of like-minded countries from Asia and Latin America and North America came together to negotiate a deal with rules in new areas and lifting tariffs so goods and services could flow freely among those countries.

Kelly: So the deal gets negotiated. Everybody signs on. It immediately, or almost immediately, became a punching bag for people who opposed it. And we heard that throughout the 2016 campaign, where both Trump and Hillary Clinton trashed it. Let's hear a little bit of that from 2016.

HILLARY CLINTON: I will stop any trade deal that kills jobs or holds down wages, including the Trans-Pacific Partnership. I oppose it now. I'll oppose it after the election. And I'll oppose it as president.

Kelly: Wendy Cutler, those critiques must sound familiar. You've heard all this.

Cutler: Sure have. (Laughter) I remember getting a call from a family member during one of the conventions. And I was told to turn on the TV and look at all of the signs with TPP with a red line through it. And a family member said, is that something you worked on, right? And I said yes, and my heart kind of sunk.

And what I felt was that if you asked any of those people what was in TPP, what was it really about, they probably didn't know. But it really became the embodiment of everything that was wrong with trade and with globalization and, really, the symbol of what needed to be brought down to show that a new approach was going to be taken.

Kelly: Is there some validity to the criticism being expressed there? That we heard bipartisan trashing of this deal, that the fear was it was going to hurt U.S. manufacturing jobs, cause U.S. jobs to move offshore to countries with cheaper labor markets.

Cutler: Yeah. I do think there were some valid concerns. That said, in many sensitive areas we did refine our proposals and try to make them more acceptable to both sides of the aisle in Congress and to our stakeholders, including labor, not just the big companies. But unfortunately, the rap was that this was a tool of big business. I find that pretty ironic because once we brought the deal home, big business didn't support it either. So we were getting it from all sides. And sometimes as a negotiator, if you get it from all sides, then maybe you found the sweet spot (laughter).

Kelly: Or, on the other hand, are you open to the idea that President Trump has a point, that this could be renegotiated in a way that might be more advantageous to the U.S.?

Cutler: I think there's something to be said for that. But let's remember - the other TPP countries, once we exited, they went ahead and concluded the deal without us. So now it's their deal, and we might want to get back into their deal. So how open they will be to U.S. requests for significant changes remains unclear.

Kelly: Having done this once, is it a good idea for the U.S. to try to re-enter at this point?

Cutler: Absolutely. I still think that one of the biggest mistakes that was (laughter) made under the Trump administration was to quickly get out of this deal. There are no easy solutions on the trade front. There are no perfect agreements. The administration said, well, we want to do bilateral deals. We don't want to do a deal with 11 other countries at the same time.

But guess what? No countries in the Asia-Pacific put their hand up and said, we want to negotiate bilaterally with you. I think we would gain a lot both economically and strategically. Having the U.S. involved and engaged in the fastest-growing region of the world is in our interest.

Listen to the interview on NPR.