In Modi’s India, Rights and Freedoms Erode Further Amid COVID-19 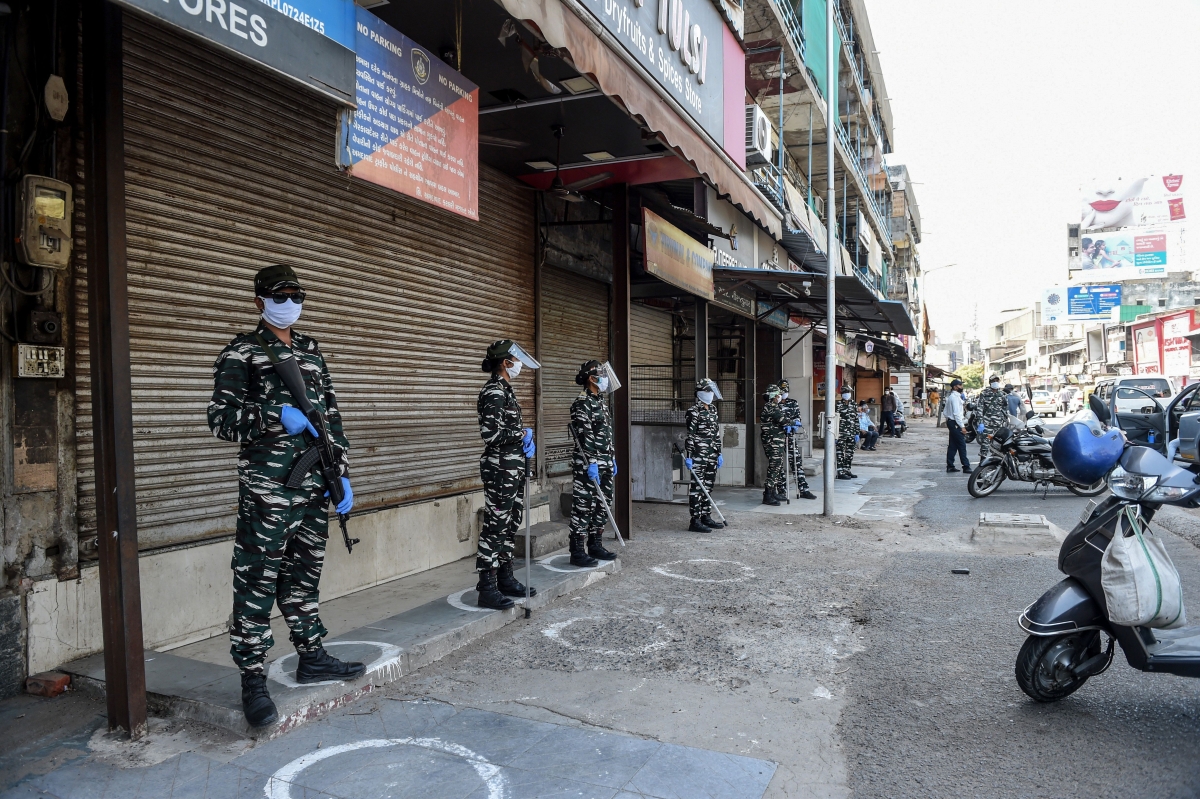 Security personnel stand guard outside shops closed by police personnel because customers were not maintaining social distancing after the government eased a lockdown imposed as a preventive measure against the COVID-19 coronavirus, in Ahmedabad, India on May 27, 2020. (SAM PANTHAKY/AFP/Getty Images)

The following is an excerpt from a recent article by ASPI Associate Director Anubhav Gupta that was originally published in World Politics Review.

The coronavirus pandemic is disrupting global politics at a time when democracy was already “under assault” around the world, according to the watchdog organization Freedom House. From the United States to Hungary to the Philippines, governments have used the pandemic to consolidate power, curb individual liberties and restrict the space for civil society organizations and freedom of expression. Democratic and authoritarian societies alike are ramping up surveillance of their citizens as part of their attempts to stop the spread of the virus.

The state of human rights and freedom in the world’s largest democracy has worsened as well. As the coronavirus spread around the world in the early months of 2020, India was experiencing its worst communal violence since 2002. In January, a pro-government mob attacked the campus of Jawaharlal Nehru University, one of India’s most prominent liberal institutions, in New Delhi. Dozens of students and faculty were injured. Then, in late February, riots in the capital led to the deaths of 53 Indians, most of them Muslim. The shocking violence cast an unflattering spotlight on the government of Prime Minister Narendra Modi, underscoring how brittle India’s social fabric and democracy have become under his watch.

Since Modi first swept into power six years ago, the country has seen a steady rise in the persecution of minorities and intimidation of critics, as well as shrinking press freedom. After winning a landslide reelection in May 2019, Modi and the ruling Hindu nationalist Bharatiya Janata Party, or BJP, shifted to a sharper majoritarian agenda. In the months after the election, the government approved the construction of a Hindu temple on the site of the Babri Masjid, a historic mosque in the northeastern town of Ayodhya; abrogated the special autonomy of the Muslim-majority state of Jammu and Kashmir; and instituted a crippling security clampdown there to quell any opposition. Passage of the controversial Citizenship Amendment Act in December was the final straw. The bill, which created new pathways to citizenship for religious minorities from three neighboring Muslim-majority countries, led to popular protests against the government in many cities.