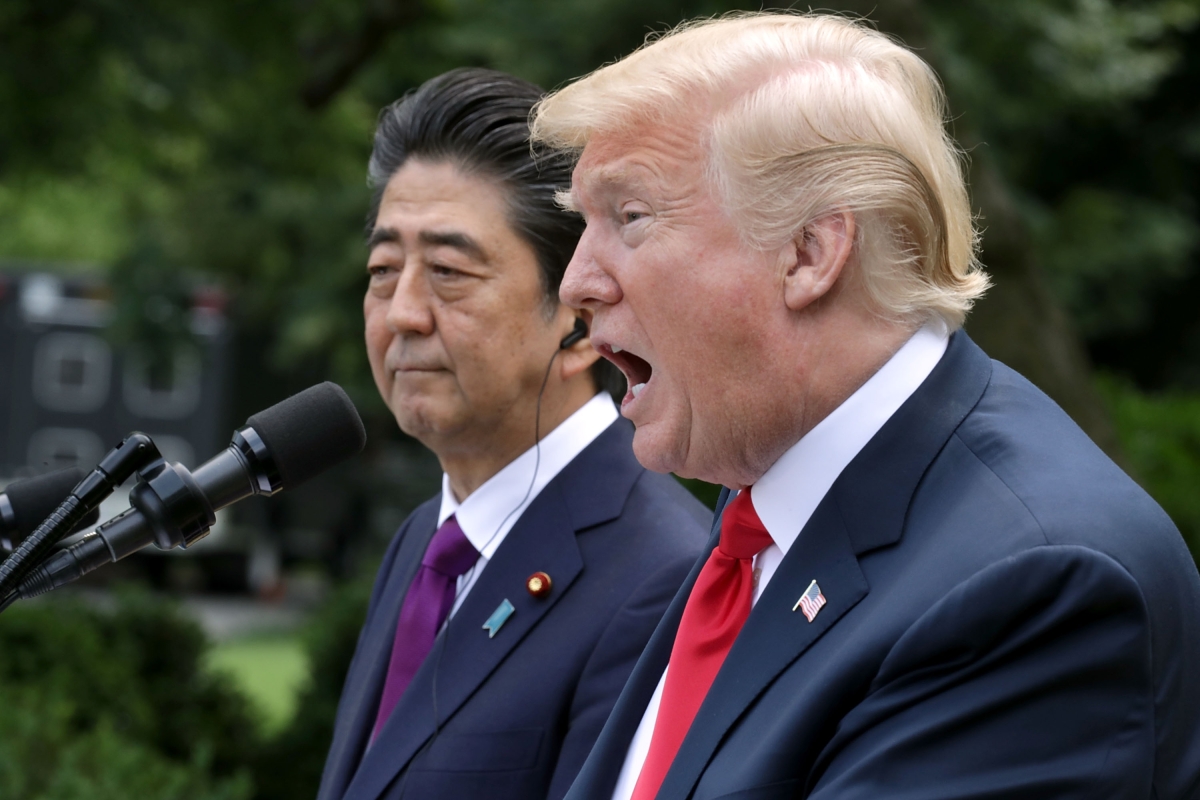 Mixed Messages for Japan in Trump's NAFTA Revamp — Wendy Cutler writes that Tokyo will worry about U.S. right to veto pacts with non-market economies, such as China.

Following is an excerpt of an opinion first published by the Nikkei Asian Review.

When the text of the United States-Mexico-Canada Agreement (USMCA), was released last month trade ministries around the world worked through the night as officials pored over the details to see what the trilateral deal might mean for them, as well for the global trading system.

As the Trump administration's first wholesale rewrite of an existing trade agreement, the USMCA, which replaces NAFTA, is likely to serve as the model for future U.S. trade pacts.

Probably no capital was as busy as Tokyo. Less than a week prior to the USMCA breakthrough, President Donald Trump and Prime Minister Shinzo Abe agreed to pursue bilateral trade negotiations. In a joint announcement, the leaders laid out a two-staged process, with the first phase focused on manufactured and agricultural goods. Negotiations are expected to start early next year.

As Japan prepares for these talks, the USMCA will prove instructive. The first important take-away for Japan and other trading partners is that despite a lot of drama, at the end of the day the U.S. compromised throughout the agreement, a necessary aspect of any trade negotiation.

The outcome of the USMCA is a far cry from the nonconventional ideas that the U.S. administration floated at the outset. Trade deficit reduction targets, tax equalization measures and U.S. automotive production requirements do not appear in the final deal. The administration dropped the extreme elements of many of its initial proposals, including the sunset provision.

Second, as the leader of the the Comprehensive and Progressive Agreement for Trans-Pacific Partnership (CPTPP, commonly referred to as the TPP 11), Japan was probably relieved to see that many of its provisions found their way into USMCA. One doesn't need to do a deep dive to see CPTPP rules in chapters ranging from intellectual property protection to digital trade to labor and the environment. Some important updates to these rules have been added, which is natural given that many CPTPP provisions were negotiated several years ago. The last thing the global trading system needs are competing rules across trading blocs, making it difficult for businesses to navigate complex terrain. With many CPTPP rules in USMCA, this regulatory "spaghetti bowl" was avoided, and Japan can hang on to hopes that the U.S. will return to this agreement.

So, that's the good news for Japan. However, there are other aspects of the USMCA that should set off alarm bells in Tokyo.