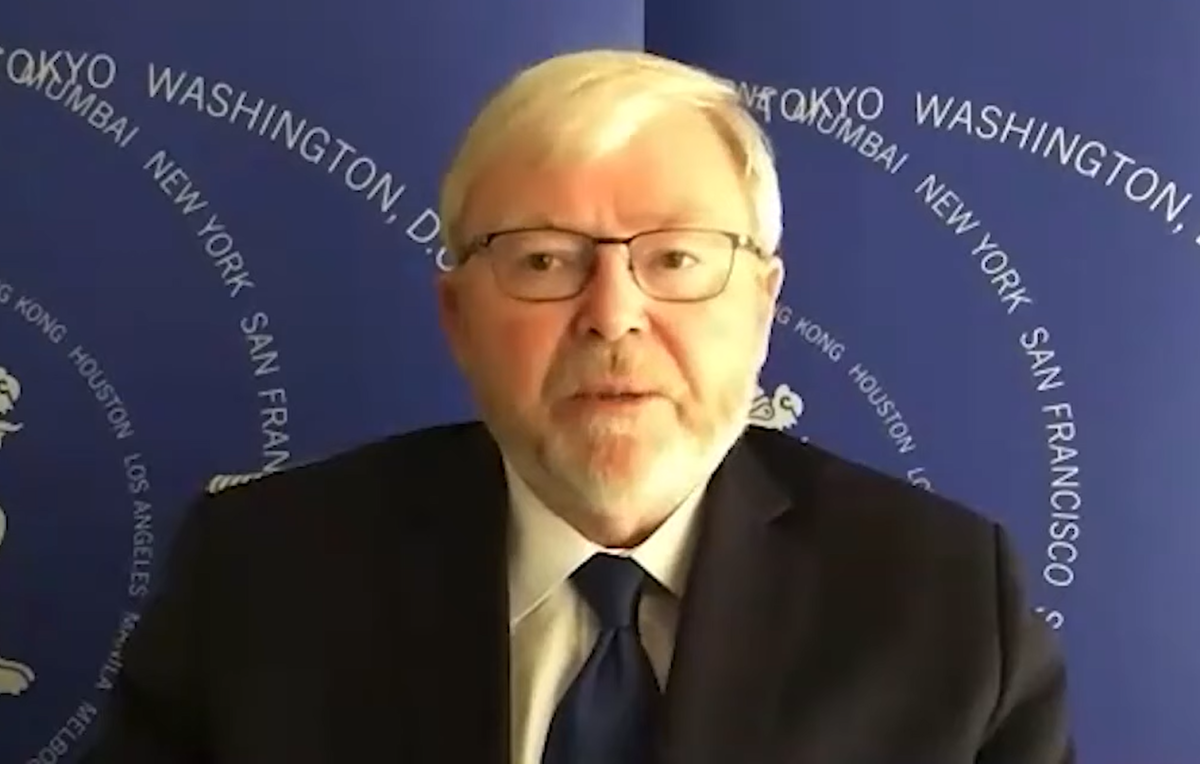 The following is the full text of ASPI President Kevin Rudd's prepared remarks, originally delivered in Mandarin, as part of a virtual seminar hosted by the Chinese People's Institute of Foreign Affairs and the United Nations Association of China on September 8th, 2021.

My special thanks to the Chinese People’s Institute of Foreign Affairs for inviting me to make some remarks today.

As you all know, this year marks the 50th anniversary of the restoration of the legitimate seat at the United Nations to the People’s Republic of China.

You may not know, but this occasion also has some special meaning to me.

One morning in late October 1971, my mother walked into my room and looked at me very seriously. I thought I had done something wrong!

She gave me a newspaper with the biggest headline: “The People's Republic of China, Joined the United Nations.”

Then my mother said to me, quite seriously: "This is very important. You have to learn about this, because this will affect your future."

As a good child who listens to his mother, I have been studying China since then, and it has been 50 years.

Over the past 50 years, the United Nations, and multilateral institutions, have played an important role in responding to changes and challenges in the world.

Today, one of the biggest changes and challenges facing the world is climate change and the climate crisis.

Therefore, today I want to specifically talk about what China, under the United Nations and multilateral frameworks, can do to help the world deal with climate change and the climate crisis.

Because this concerns our common future.

These all reflect China's position and responsibility in dealing with climate change and the climate crisis.

It is also a very important, crucial, step taken by China in demonstrating climate leadership.

It has had a profound impact on the international situation and other countries in the world.

According to the recent research carried out separately by both Tsinghua University and the Asia Society, China needs to advance the timetable for carbon peaking to around 2025.

The latest Nationally Determined Contributions (NDCs) to be submitted by the 26th United Nations Climate Change Conference (COP26) are an opportunity for China.

In fact, China’s “carbon” commitment has attracted a lot of attention from the international community.

At the same time, it is also very important for China to clarify at COP26 that “carbon neutrality” will include all greenhouse gas emissions.

I am very pleased to see that Mr. Xie Zhenhua, China's Special Envoy for Climate Change, has repeatedly expressed such plans and China's active efforts and contributions to the success of COP26.

The international community, the United Nations and multilateral institutions are all looking forward to seeing China's concrete plans and to take more responsibility and leadership.

In this way, President Xi’s commitment and the global temperature limits put forward by the Paris Agreement can be consistent.

This also means that China could possibly celebrate the full realization of "net zero carbon emissions" in 2049, the 100th anniversary of the founding of the People's Republic of China.

Today, China is already a world leader in the production and application of renewable energy, such as wind and solar energy.

The "Green BRI” could also have a positive impact on the world's response to climate change.

All in all, I believe that responding to climate change and the climate crisis is the best opportunity for China in the new era to show new, greater international leadership in the United Nations and multilateral institutions.

I offer my friends in China my best wishes in accomplishing this.

Thank you all for your attention.