Kevin Rudd on Asia in a Year of Uncertainty 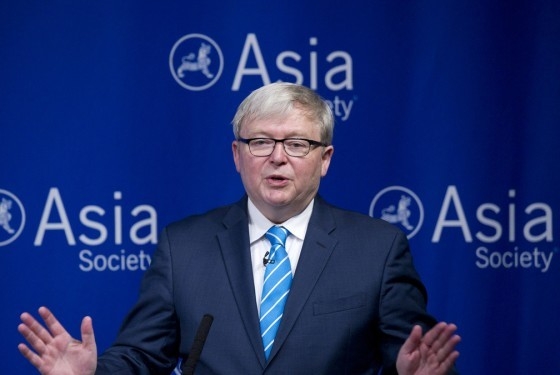 On February 8, 2017, during the early weeks of the Trump Administration, Asia Society Policy Institute President Kevin Rudd participated in an Asia Society Northern California Center discussion on the uncertainties facing the Asia-Pacific region in 2017, which he called "the year of living dangerously." In his remarks, Rudd highlighted ten critical challenges for the global system, starting with "the new age of disruption" heralded by the new U.S. administration, which has resulted in substantial uncertainty for the international system.

The discussion was co-hosted by World Affairs and is featured in their most recent podcast. Listen to the full podcast, which includes Rudd's remarks and the Q&A that followed. (58 min., 59 sec.)