Keeping Up with the Allies | Asia Society Skip to main content

Keeping Up with the Allies

Washington and Seoul Are No Longer on the Same Page 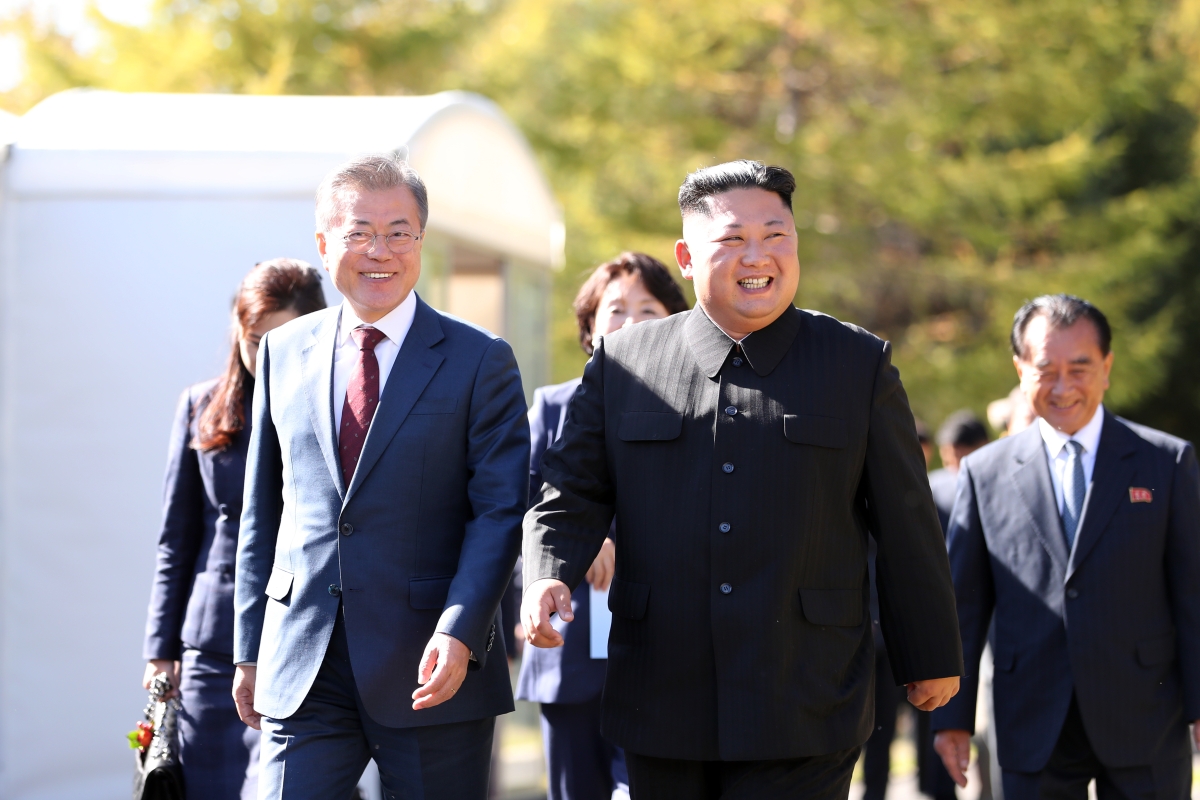 Following is an excerpt of an op-ed first published by China-US Focus.

It’s been clear for months that the United States and the Republic of Korea (ROK) had different visions for how to move forward on North Korea (DPRK). But despite efforts from both sides to put up a unified front, it’s become obvious in the weeks since the third ROK-DPRK Summit that the Trump and Moon administrations are no longer on the same path. The most recent evidence of a growing divide was the dueling outreach efforts to Europe in October, with U.S. Special Representative Stephen Biegun traveling to Paris and Brussels to urge firm sanctions support as ROK President Moon Jae-In was attempting to sway European leaders to soften their stance toward his northern neighbor.

The Europe trip was a reminder not just of South Korea’s determination to forge its own diplomatic path, but that the separation between the United States and its ROK ally has implications beyond the peninsula. Although President Moon failed to get the support he’d hoped from European leaders, there is appreciation in some European capitals, and certainly in much of Asia, for the ROK’s engagement push. North-South diplomacy is not just picking up steam; there are signs, including plans to disarm the Joint Security Area, it may start to pay concrete dividends in reducing the military threat on the peninsula. If, and as, this occurs, more international partners are likely to be open to Moon’s arguments. Unless the White House can find a way to get back in the diplomatic driver’s seat, the United States may find itself in an increasingly precarious bargaining position.

The greatest irony of the U.S. predicament is that it is U.S. diplomacy and President Trump’s Singapore Summit with Chairman Kim Jong-Un that opened the door to the current situation. There was always a risk that once the United States eased the maximum pressure campaign, other countries — particularly those in Asia — would be more than happy to follow suit. Therefore, it was unsurprising to see China and Russia move rather quickly to call for a reassessment of sanctions; though both moderated their language to note this should occur “in due course.”

It’s not just China and Russia revising their stance. Many Southeast Asian partners were never keen on the idea of maximum pressure and are eager to “return to business as usual.” And even in Europe, while leaders refused to walk away from support for “complete, verifiable, irreversible denuclearization” during Moon’s visit, they have expressed warm support for South Korea’s efforts at rapprochement. During her August 2018 visit to South Korea, EU High Representative Frederica Mogherini pledged to support Seoul’s efforts “in all possible ways.”

But it’s not the predictable softening of sanctions support that poses the biggest challenge for the United States. The bigger question going forward will be to what degree countries are willing to begin integrating North Korea into the international community. There are already signs that whether the United States likes it or not, this train is leaving the station. As North and South Korea move to implement the Panmunjom Declaration, they are taking active steps toward a more normalized relationship, such as plans for new economic and railway linkage projects and removing guard posts from the Joint Security Area.

And while it might have seemed completely laughable a year ago to imagine that other nations could have more friendly relations with Pyongyang, that’s no longer the case. Beginning with the stunning scene of Kim Jong-Un taking selfies with Singaporean Foreign Minister Vivian Balikrishnan in June, there’s been a rather surprising about face in the international community’s willingness to engage North Korea. Malaysian Prime Minister Mohammed Mahathir announced his intent to reopen an embassy in Pyongyang shortly after the June Summit, suggesting Malaysia should “try to establish a good relation including a trade relation” with Kim Jong-Un. In late June, Indonesian President Joko Widodo invited Kim to join President Moon in Jakarta for the Asian Games. Russian President Vladimir Putin has invited Kim to visit Moscow. Meanwhile, President Moon carried a message from Kim Jong-Un to Pope Francis, inviting him to visit Pyongyang — an invite the Pope appeared to consider favorably.