Iran and the United States Can’t See Each Other Clearly 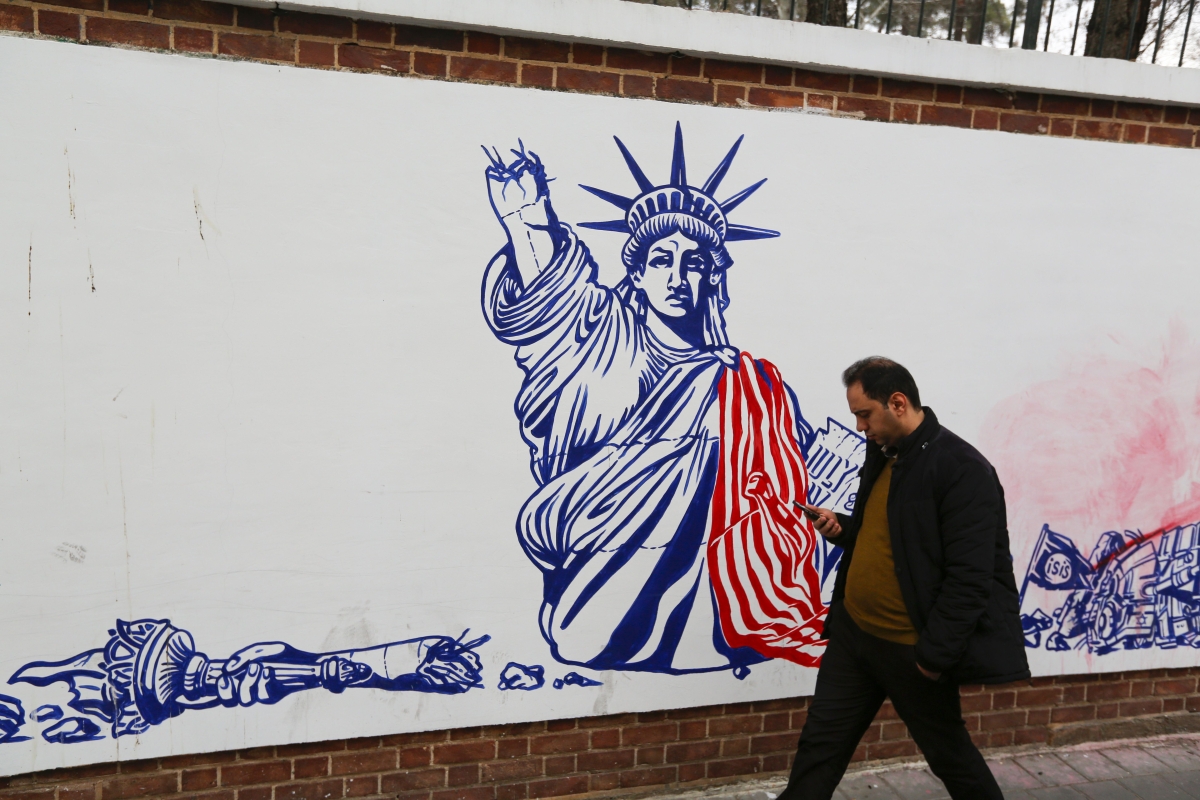 An Iranian man walks past a mural painted on the walls of the former US embassy in the capital Tehran on January 4, 2020, one day after Soleimani and other members of Iraq's pro-Iranian paramilitary group Al-Hashed Al-Shaabi were killed in a US airstrike near Baghdad international airport. (ATTA KENARE/AFP/Getty Images)

Just before the novel coronavirus pandemic struck, the United States and Iran appeared to be set on a collision course. COVID-19 quickly displaced such concerns from international headlines. But as the world prepares for further outbreaks of the disease in the months ahead, it should similarly brace for tensions between the United States and Iran to flare up again. Domestic political dynamics in the two countries risk fueling a cycle of escalation. Each side is digging in and making decisions based on flawed assumptions. Meanwhile, the odds of a diplomatic resolution dwindle by the day.

The administration of U.S. President Donald Trump fundamentally miscalculated when it abandoned the Iran nuclear deal two years ago and opted for a policy of “maximum pressure.” The bet was that sanctions on Iranian oil exports would compel Tehran to come to the negotiating table, where it would agree to far-reaching concessions on its nuclear program and end its aggressive policies in the region.

The strategy backfired badly. Instead of capitulating, Iran responded with a policy it called “maximum resistance.” It has ramped up its nuclear program, slashing its breakout time — the window required to advance its nuclear program to weapons production — from at least a year under the agreement to as little as about three months today.

Iran attacked oil shipping and infrastructure in the region, roiling energy markets last year. It downed a U.S. drone, and Iranian-backed militias launched rocket attacks against American troops stationed in Iraq. An American defense contractor was killed in such an attack, which led the Trump administration to target Iranian Major General Qasem Soleimani with an airstrike. Iran responded with a missile salvo that injured dozens of U.S. service members.

Tensions between the two sides ratcheted up — and the Trump administration found itself largely alone. The previous administration of President Barack Obama had assembled a broad coalition to successfully pressure Iran. That coalition is now in tatters. Today, even the closest American allies in Europe regularly voice their disapproval of U.S. policy.