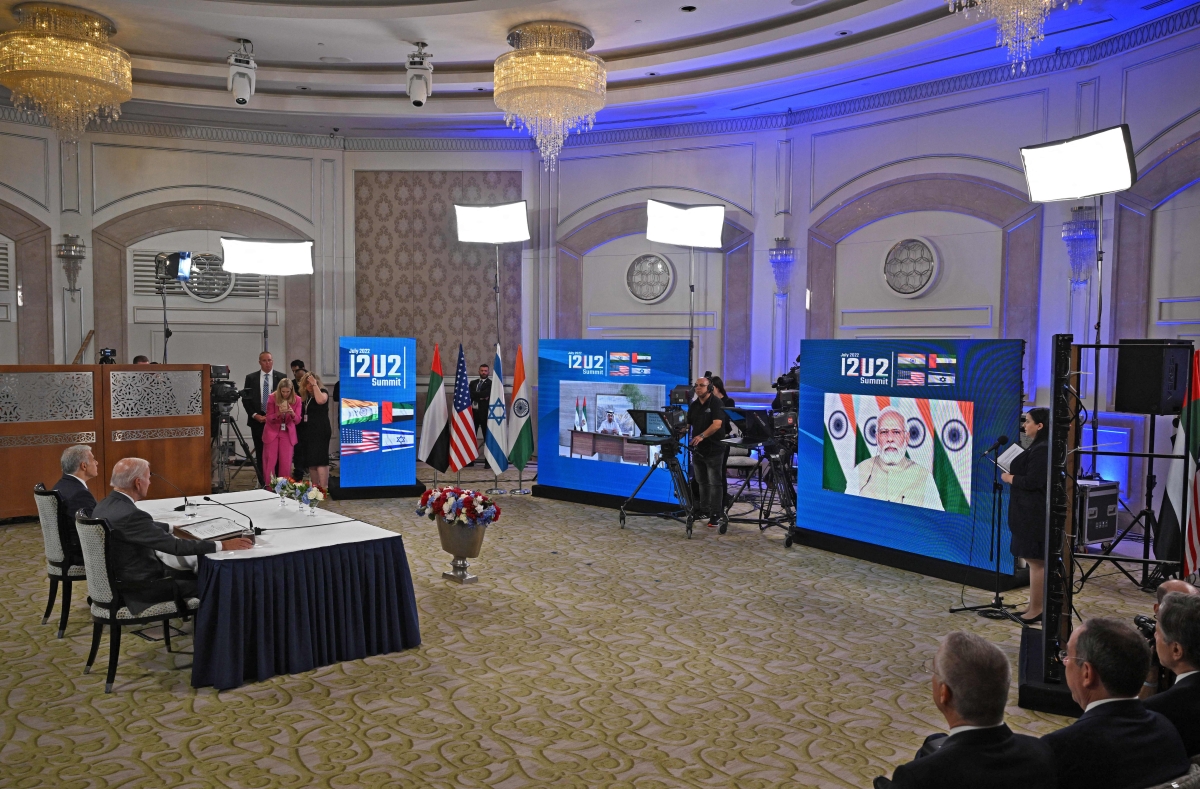 The first summit this week of the awkwardly-named forum I2U2 – which brings together India, Israel, the United Arab Emirates and the United States – is exploratory in nature. The virtual summit between the leaders of the four countries is expected to take place on Thursday during Joe Biden’s visit to Israel. But it is by no means the main objective of the US President’s visit to the Middle East.

The visit to Israel and Saudi Arabia will see Biden pursue several challenging goals. These include getting Saudi support for reducing the pressure on global oil prices in the wake of the Ukraine war, recalibrating US ties with Saudi Arabia which Biden had promised to make into a “pariah”, deepening the normalisation of relations between Israel and the Arab states, persuading Israel to seek reconciliation with the Palestinians, and renewing American engagement with the Palestinian Authority.

Squeezing the I2U2 summit into this already demanding visit underlines the US bet that India can contribute significantly to peace and prosperity in the region. It also underlines a new political will in Delhi to break the old taboos on India’s West Asian engagement. The I2U2 marks the consolidation of a number of new trends in India’s Middle East policy that acquired greater momentum under Prime Minister Narendra Modi.

The I2U2 was launched last October when the foreign ministers of the four countries met when External Affairs Minister Subrahmanyam Jaishankar visited Israel. The summit this week puts the top leadership’s political imprimatur on the forum. What stands out sharply in India’s new thinking in the Middle East is that the summit involves three countries that Delhi had traditionally kept a safe political distance from.

Read the full text in The Indian Express.