Huawei Arrest Shows Trump Has No Game Plan Against China 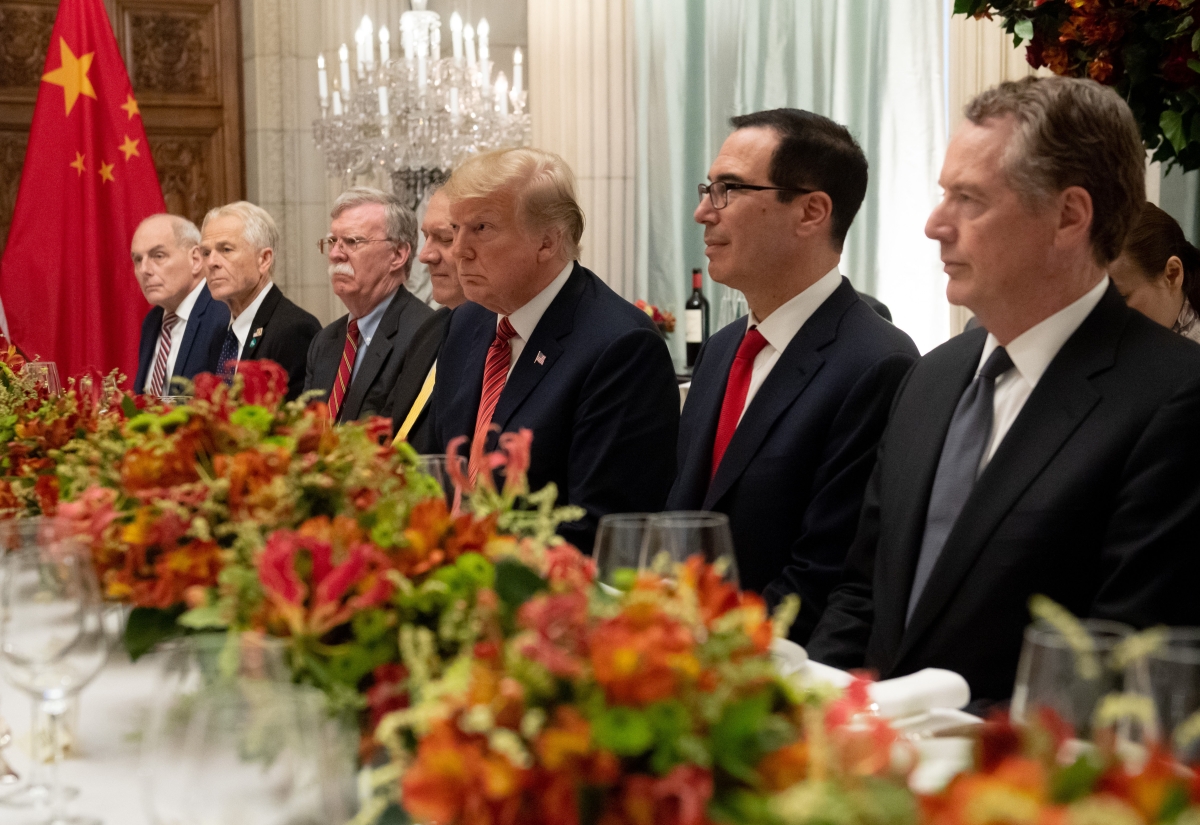 U.S. President Donald Trump, U.S. Secretary of the Treasury Steven Mnuchin, U.S. Trade Representative Robert Lighthizer along with members of their delegation at a dinner meeting with China's President Xi Jinping at the end of the G20 Leaders' Summit in Buenos Aires, on December 01, 2018. (Saul Loeb / AFP / Getty Images)

The following is an excerpt from an op-ed by ASPI's Wendy Cutler and Lindsey Ford that was originally published by The New York Times on December 8, 2018.

The arrest of Meng Wanzhou, a top executive at one of China’s most strategically important companies, on the same day that President Trump and China’s president, Xi Jinping, declared a 90-day “truce” in their trade war, is a diplomatic curveball that may fulfill some national security goals but could complicate upcoming trade talks with Beijing.

The administration is going to face many more difficult moments like this as its steps up competition with China, but its actions thus far suggest that it doesn’t have a fully formed plan for how to manage the task.

While it appears that the timing of Ms. Meng’s arrest was coincidental, this is not the impression in Beijing, where the move is seen as a political play to create leverage on trade or cripple Chinese technology companies. If this is not the case, the administration needs to come out much more clearly with a solid message about Ms. Meng’s arrest and where it fits within broader American goals toward China.

Moreover, the fact that American officials allowed the summit to play out without raising the issue — or informing Mr. Trump, apparently — sends another muddled message to Beijing. Does it suggest the administration will continue to throw curveballs regardless of what China brings to the table? Or does it simply reveal a team that is hopelessly divided between factions with competing goals? Either way, if China concludes that the United States will pursue a barrage of punitive actions no matter what steps China takes to address American concerns, this will leave Beijing with little appetite to make meaningful concessions.