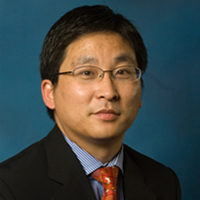 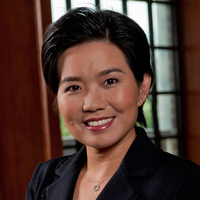 Despite its success, the sustainability of China’s growth model that heavily relies upon exports, intensive resource consumption, and cheap labor has been much challenged in recent years. In November 2013, the Third Plenum of the Chinese Communist Party’s 18th Congress made it very clear that China’s growth model needs to be changed to be more innovation-driven. The Third Plenum even laid out a detailed reform plan for transforming China into an innovative nation.

In our opinion, the reform plan addresses at least three critical issues that affect innovations in China. First, the reform plan highlights the decisive role of the market in China’s future economic development. This is a significant shift from China’s past economic transition in which both the government and the market were playing important roles in resource allocations. Highlighting the decisive role of the market means that the intervention of the government in economic activities will be gradually reduced, and the market will become more open and transparent. As a result, competition in many industrial sectors will be promoted, which will help stimulate innovation significantly.

Second, the reform plan aims to lay out an even playing ground for firms of different ownership and, in particular, to reduce the monopoly power of state-owned ones. It should be noted that despite China’s pro-market reforms over the past 35 years, private firms in China are still considered to have inferior status, and they have suffered not only social and political discrimination but expropriation and sabotage as well. They are restricted from accessing critical factor resources controlled by the government and by industrial sectors monopolized by state-owned firms. This phenomenon has been summed up with the phrase “the state advances and the private sector retreats” (guojin mintui). We believe that setting up fair and transparent policies for competition among state-owned and non-state-owned firms is not only critical for China’s economic reform but also significant for promoting innovation in China. The history of China’s economic reform has demonstrated that non-state-owned firms, especially private firms, are a major driving force for innovation. For example, among the top 10 most innovative companies in China ranked by the Fast Company in 2013, almost all of them are private firms such as Tencent (a social networking firm) and Xiaomi (a cellphone firm).

Third, rather than simply focusing on technological innovation, the reform plan views innovation from a more comprehensive perspective. It appears that Chinese leaders have realized that to successfully transform China into an innovative society, there is a strong need to explore innovations in many aspects of society such as the financial market, the talent market, and the social security system, as well as the technology management system. This broadened view of innovation is important because innovation activities will be more effective if supported by healthy eco-systems. For example, the Chinese government has created several programs (e.g., Thousand Talent Plan) to attract overseas Chinese to come back (so-called “returnees”) through bespoke laboratories and attractive financial packages. Our own research shows that although these returnees have technology advantages relative to their local peers, many of them have not performed well in terms of innovation and entrepreneurship because returnees coming from well-established institutional environments (e.g., the U.S.) become vulnerable and unadaptable in China where such local eco-systems have not been in place. Many returnees are not good at doing business through non-market mechanisms such as personal networks, and they have difficulties extracting value from their technological and managerial skills accumulated overseas.

Many people have concerns about China’s ability to innovate, and Chinese firms are often labeled as “copy cats”. We acknowledge that there remain many difficulties for China to successfully address the issues we discussed above and thus there is still a long way for China to achieve its goals. However, China’s economic reform since 1978 has been full of significant innovations in a number of areas such as space program, tele-communications (e.g., Huawei), high speed train, and even e-commerce (e.g., Alibaba). The Third Plenum’s reform plan has set up ambitious measures which will further accelerate China’s transformation to be an innovative society.

Return to main page for this series

Other viewpoints in this series