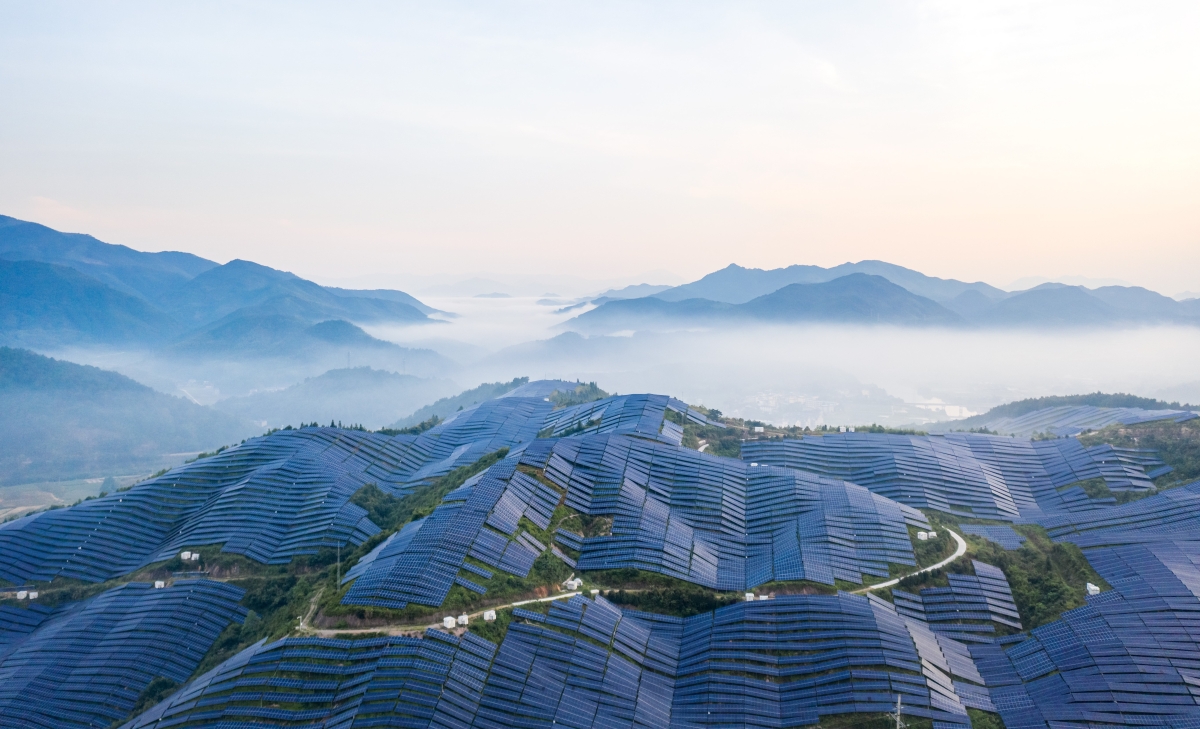 Mountain solar power station in the morning in China.

NEW YORK, May 17, 2022 — In a bid to accelerate Asia’s transition to net zero greenhouse gas emissions, and harness the opportunities of scaling climate action, the Asia Society Policy Institute announced today that it will convene a High-Level Policy Commission on Getting Asia to Net Zero.

The commission will work in consultation with governments in the region to produce in-depth reports setting out potential net zero pathways and outlining their related economic and other benefits for a number of countries, beginning with India and Indonesia. It will also prepare a pan-regional assessment of the cross-cutting barriers and opportunities to reaching net zero. The commission’s first report will be released in the coming months.

While 37 out of the 54 nations that are part of the UN’s Asia-Pacific Group have adopted net zero emissions targets, only nine of these targets are legislated or included in official policy documents, according to data from the Net Zero Tracker.

Speaking ahead of its launch, Kevin Rudd said, “Achieving net zero emissions is a massive economic opportunity for Asia, but despite the tremendous progress in recent years, the region still lags behind the rest of the world. This was on show at COP26 in Glasgow, where new climate commitments were few and far between. With all eyes on Asia, this needs to change before COP27. We think this Commission can help by setting out a coherent regional vision for net zero and supporting national leadership to understand how best to seize the opportunities in front of us. This commission isn’t designed to be a finger pointing exercise; it’s an opportunity to work hand-in-glove with governments and unlock progress in what is a key political window for Asian leadership with the region hosting the G20 in 2022 and 2023 and the UN Climate Conference next year.”

Former UN Secretary General and current President and Chair of the Global Green Growth Institute Ban Ki-moon added, “The goal to reach net zero emissions was at the heart of what the world agreed in Paris. But it is now clear that to get there we can’t rest on our laurels: we need everybody to constantly step up, and not just every five years as was also agreed in Paris — this includes countries, city and regional governments, businesses, financial institutions and others. Ambitious action by Asia is critical for the whole world to achieve net zero. It could also bring massive economic and other benefits to the region. The energy crises and heatwaves hitting Asia right now are a reminder of our need to urgently accelerate ambition.”

Former President of the Marshall Islands Hilda Heine remarked, “For a country like mine, net zero emissions is the north star for our survival, just as adaptation will define our livelihoods — they are two sides of the same coin. That’s why in 2018 my government was proud to be the first island nation to develop a plan to reach net zero and we are now working on a landmark National Adaptation Plan, which is also being dubbed our 'Survival Plan.' We are also looking for support to assist with our net zero plan and enhance our energy security and resilience. We need the rest of the Asia-Pacific to match their existing plans with concrete action and greater ambition. We may be small, but our culture teaches us to share knowledge and to work together, and that is exactly what this commission is about.”

The commission will seek to work closely with the presidencies of the COP27 UN Climate Change Conference scheduled for the end of 2022, as well as COP28 due to be hosted by the Asia-Pacific Group in 2023, plus the G20.

Press inquiries for Getting Asia to Net Zero