Getting North Korea to Negotiate 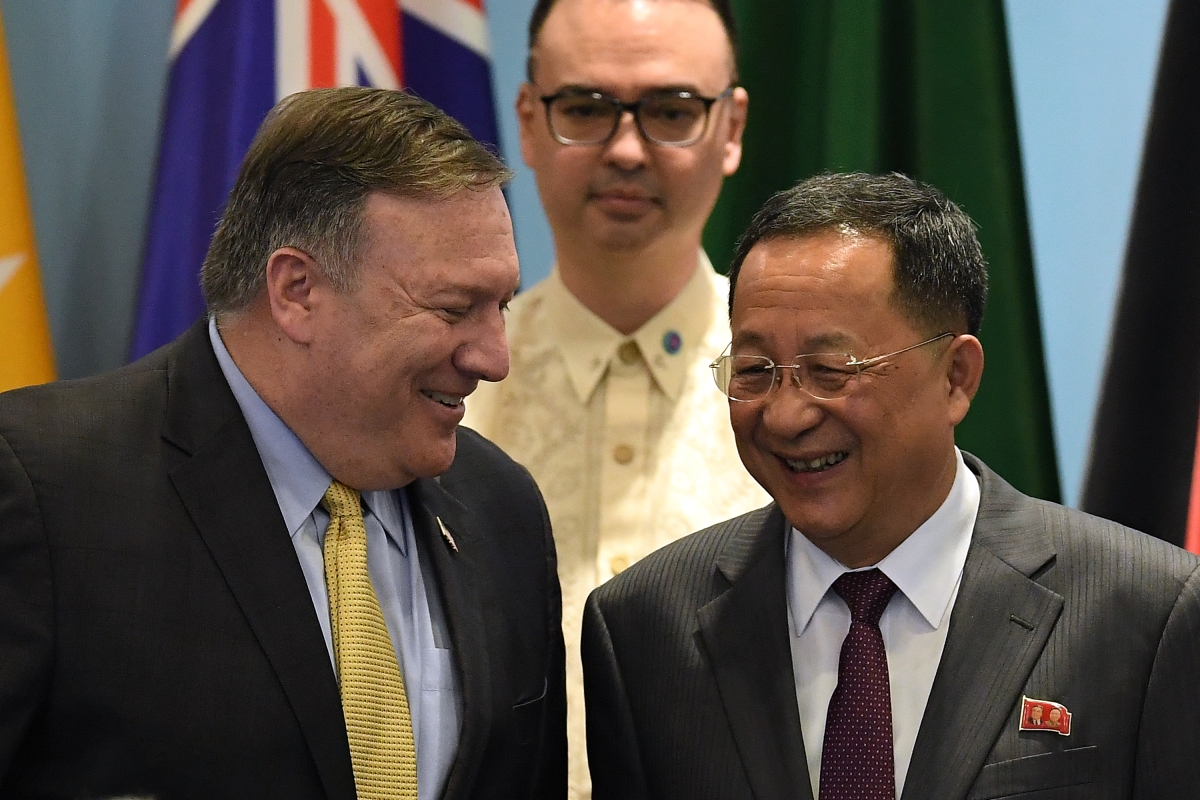 Following is an excerpt of an op-ed first published in the Nikkei Asian Review.

Secretary of State Mike Pompeo is gearing up for another trip to Pyongyang, accompanied by his Special Envoy Steve Biegun. These are two smart and determined people who, while new to the Korea portfolio, have plenty of experience in negotiations.

It is obvious that Secretary Pompeo is highly motivated to engage in bilateral talks. He pursued North Korean Foreign Minister Ri Yong Ho in Singapore, trying unsuccessfully to get a sit-down meeting when they both attended the ASEAN Ministerial meeting in August. Pompeo finally caught up to Ri in New York during the United Nations General Assembly, after issuing a public challenge to the foreign minister that seems to have convinced North Korea that rejecting the invitation might undermine its "charm offensive." Unfortunately, the meeting amounted to very little.

The good news is that Pompeo is determined to engage in dialogue with North Korea. The bad news is that instead of reciprocating, North Korea is playing hard-to-get. Nearly four months after the Singapore Summit between President Donald Trump and North Korean leader Kim Jong Un, Pyongyang has not yet entered into promised negotiations over denuclearization or even clearly identified Pompeo's counterpart.

If North Korea wanted to explore ways to obtain relaxation of sanctions, presumably it would now want the direct negotiations that Kim promised in Singapore. Pyongyang's skillful veteran diplomats are eminently capable of using negotiations to drive up their asking price and to whittle down the other side's demands.