In Partnership with USINDO

This year, Indonesia’s diplomacy faces challenges of the kind it has not seen in generations. Its presidency of the G20, occurring parallel to the Russo-Ukraine war, has given rise to scrutiny over who should attend and varying views among G20 members about the circumstances under which they will attend. At the same time, the meeting is a crucial opportunity to address a host of global economic, climate, and technology issues, which must now include the war’s immeasurable impact on world food supplies.

Beyond the G20 this year, Indonesia will also have the opportunity to deftly position itself when it takes over the ASEAN chairmanship next year, against the backdrop of intensifying major power relations and the Indo-Pacific’s evolving strategic architecture.

Dr. R.M. Marty M. Natalegawa served as Foreign Minister of Indonesia (2009 – 2014). Before that he was Permanent Representative/Ambassador of Indonesia to the UN (2007-2009); and Ambassador to the UK and to Ireland (2005-2007). He served in various capacities within the Ministry of Foreign Affairs of Indonesia, including as Director General for ASEAN Cooperation, Director for International Organizations, Chief of Staff, and Spokesperson of the Ministry. Presently, he is an Asia Society Policy Institute Distinguished Fellow. He is also a member of the UN Secretary-General’s High Level Advisory Board on Mediation; the UNSG’s Advisory Board on Disarmament; and the Board of Trustees of the United Nations Institute for Disarmament Research.

Ambassador Robert O. Blake, Jr. is Senior Director at McLarty Associates and leads the Southeast Asia practice. Previously, he served as the U.S. Ambassador to Indonesia (2013-2016) and was nominated by President Obama to be Assistant Secretary of State for South and Central Asia (2009-2013). Prior to that, he served as U.S. Ambassador to Sri Lanka and the Maldives and Deputy Chief of Mission in India. Ambassador Blake has also held a wide variety of other positions at the State Department, including Executive Assistant to the Under Secretary for Political Affairs and Deputy Executive Secretary for the Department of State.

Elina Noor (Moderator) is Director, Political-Security Affairs and Deputy Director, Washington, D.C. Office at the Asia Society Policy Institute. A native of Malaysia, Elina’s work focuses on security developments in Southeast Asia as well as global governance and technology. Previously, Elina was Associate Professor at the Daniel K. Inouye Asia-Pacific Center for Security Studies. Prior to that, she was Director, Foreign Policy and Security Studies at the Institute of Strategic and International Studies Malaysia. Elina was a member of the Global Commission on the Stability of Cyberspace and currently serves on the ICRC’s Global Advisory Board on digital threats during conflict. Elina was educated at Oxford University, The London School of Economics and Political Science, and Georgetown University. 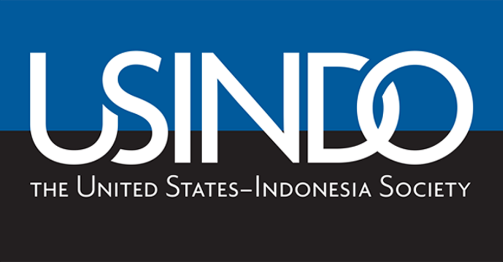