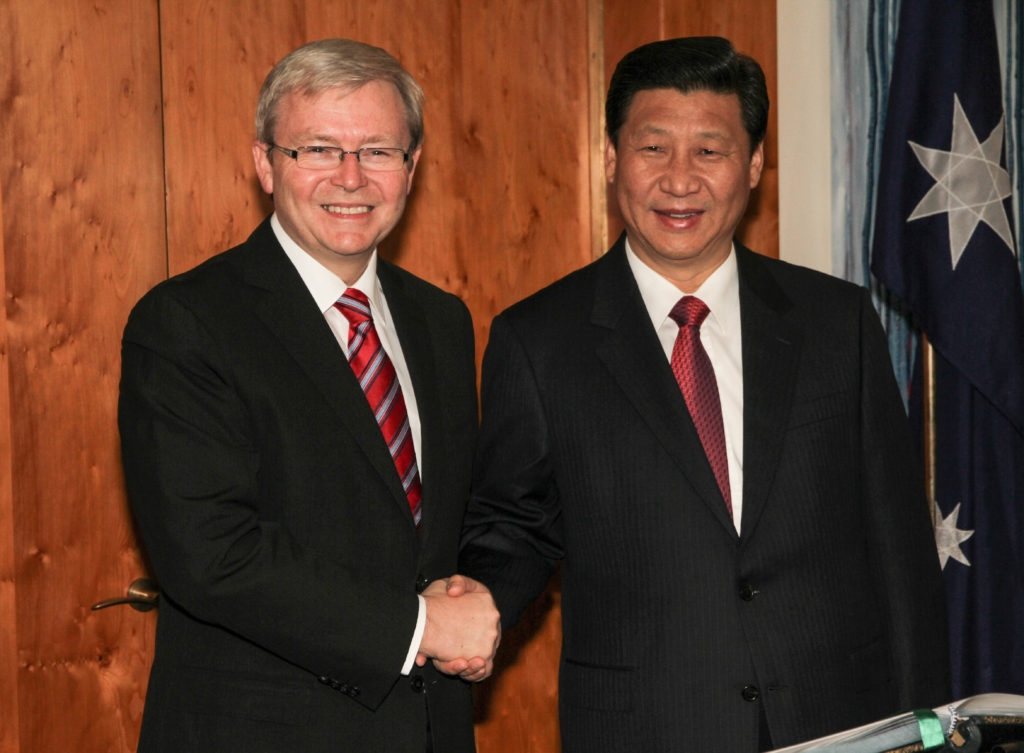 You don’t have to be a Rhodes Scholar to work out that in the next month or so there is likely to be an agreement to resolve the current tariff war between China and the United States. The reason is simple: Donald Trump and Xi Jinping are driven by similar, underlying interests in trying to put this one to bed as quickly as possible. Whether you are a Marxist or a capitalist, the final logic is much the same: either the economic base determines the social superstructure; or in more basic capitalist parlance, it really is the economy, stupid. In the case of both countries, from at least the final quarter of 2018, their economies began to slow much more rapidly than they could politically tolerate. And the trade war was a big part of the mix.

Donald Trump and Xi Jinping are driven by similar, underlying interests in trying to put this one to bed as quickly as possible.

In the case of China, through a range of domestic economic policy measures in 2017-18, the Chinese private sector started going on an investment strike which resulted in plummeting growth. This resulted late last year in a fresh wave of fiscal and monetary policy interventions by the central government to try and re-stimulate growth, as well as a series of policy corrections to try and rebuild private sector business confidence. The trade war with the U.S. was the icing on the cake, further eroding Chinese business sentiment. Xi cannot afford economic growth going much below six percent because that is the minimum growth level necessary to sustain current employment levels, and to absorb the 20 million new entrants into the Chinese labor force each year. Every party member knows that unemployment breeds social instability which in turn breeds political instability. That’s why Xi wants a deal, however imperfect that deal may be.

For Trump, the economic imperatives are equally clear. Trump took fright at the collapse in the Dow last November. He concluded this had in large part been induced by the actions of the Fed in raising rates, as well as a general market sentiment that America was coming naturally to the end of an unnaturally long period of sustained economic growth. But he also worked out that the impact of an unresolved trade war between the world’s two largest economies which he started was also having an effect on sentiment. Trump then set about fixing the problem as he defined it. He began publicly thugging the Chair of the Fed so that no further rate rises would occur. And as of his meeting with Xi Jinping in Buenos Aires in early December, he signaled the re-constitution of a negotiating process that would see the trade war fixed as soon as face-savingly possible. However divided his White House team may be on an acceptable negotiating outcome, the bottom line is Trump wants as clear an economic glide-path as possible between now and next year’s presidential elections.

There is, however, one big procedural problem that could get in the road. And that’s how the principals of the two countries actually go about doing negotiations. Trump, as we have seen throughout his business career and most recently in Hanoi, wants to do a large part of it himself in a final round of brinksmanship with his opposite number. Unfortunately for the Donald, the Chinese just don’t do it that way with their leaders. They will not risk a possible loss of face for their leader, whoever that may have been in the post-Deng period, by having him attend a high-profile summit with the president of the United States without everything beforehand being signed, sealed and delivered. Put simply, it would be bad domestic politics for Xi to come away without an agreement. And the Chinese would not be prepared to take that risk, however small it might be, and however badly both sides may actually want a deal. The deep Chinese learning from the Hanoi outcome is that we Chinese would never allow that to happen to our leader.

Put simply, it would be bad domestic politics for Xi to come away without an agreement.

I remember nearly a decade ago, at the Copenhagen Summit on Climate Change, trying to persuade then-Chinese premier Wen Jiabao to attend a substantive negotiating session with 20 other heads of government as we tried to hammer out the Copenhagen Accord. Wen refused point blank. I was told by Chinese officials later that for Wen to have done so would mean going beyond the negotiating brief agreed to by the Politburo back home before he came. The function of officials was to negotiate within those parameters, not to allow their principal to go off the leash and exceed them. And that assumes that the principal concerned would be sufficiently across the policy and technical brief to handle it.

So looking forward to whenever the Mar-a-Lago Summit is held between Trump and Xi, the bottom line is that however it is dressed up, for it to work it will need to be signed off in full in both capitals beforehand by vice premier Liu He and his American counterpart Bob Lighthizer. That’s where the art of this particular deal will have to lie, whether President Trump likes it or not.