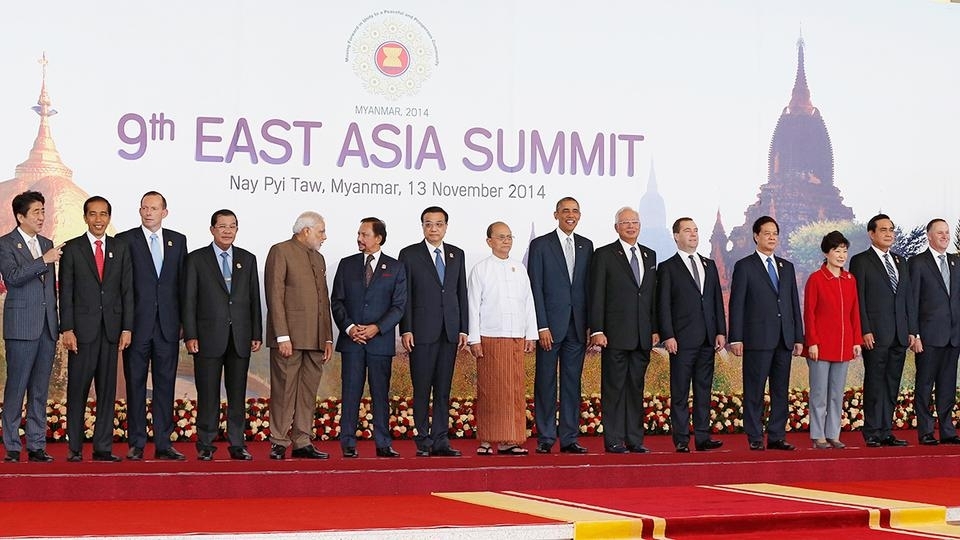 Given North Korea, how can we save Asia’s “long peace”? Right now, the world is legitimately focused on the emerging North Korean nuclear crisis. This has been a crisis long in the making, beginning with the Soviet training of North Korean nuclear scientists and engineers after the second world war, the North’s expulsion of inspectors from the International Atomic Energy Agency in 2002, and the subsequent series of ballistic missile and nuclear weapons tests.

The uncomfortable truth is that, for the past quarter of a century, the international community has simply been kicking this can down the road. And now, at one minute to midnight, everyone is scrambling to do something.

There is a further, more substantial question, however, which we must equally consider. And that is Asia’s collective failure to produce a united voice on not just the North Korean threat, but the plethora of other threats confronting long-term stability, security and peace. And the equally uncomfortable truth is that there are a bucketload of them, in what has become the great “Asian Paradox”: high levels of pan-regional economic integration underpinning unprecedented levels of regional prosperity on the one hand; while on the other, a gradual exacerbation of underlying geopolitical threats to security.

We seem to have become collectively desensitised to the “long peace” that the region has enjoyed for over two-thirds of a century since the Korean armistice of 1953. The Vietnam war remained a subregional conflict, albeit devastating for the participants. The Sino-Indian border war of 1962 remained an exclusively bilateral affair, as did the Bangladesh Liberation war of 1971. But led by Northeast Asia, then post-1975 Southeast Asia, and more recently the economic advance of India, Asia has quietly become not just a region of growing prosperity, but the long-term guarantor of global economic growth.

To a large extent, the “Asian economic miracle” has induced a significant degree of pan-regional, geopolitical complacency. We have become the unwitting victims of the neoliberal orthodoxy that economics ultimately solves both politics and geopolitics – i.e. that market liberalisation will ultimately produce Western political democracy at home and peace abroad, because democracies never attack each other. China, of course, constitutes the singular exception to this view. But there are others as well.

One of the problems in all this has been the failure of the wider region to generate a pan-regional political security institution capable of entrenching regional norms, practices and cultures for the management of geopolitical tensions.

Of course, the Association of Southeast Asian Nations is the stand-out counter-example. It’s a testament to its founding vision 50 years ago that for states which originally had hostile relationships (the Singaporean and Malaysian confrontation against Indonesia; the original non-communist “Southeast Asian Five” versus communist Indochina), there has been no intra-regional conflict of any magnitude for the past 40 years. When one threatened to erupt between Thailand and Cambodia in 2008, it was Asean diplomacy which prevailed and resolved the problem.

But despite Asean’s success, we have failed to replicate a parallel political security institution for the whole of East Asia, let alone wider Asia itself. The Asia-Pacific Economic Cooperation forum has evolved into a successful regional economic institution, although India is not a member. The Asean Regional Forum, which does have a security policy mandate for the wider region, does not meet at the head-of-government level and has never really worked. The Asean+3 (China, South Korea and Japan) evolved into Asean+6 (including India, Australia and New Zealand), which further evolved into the East Asia Summit (now including both the United States and Russia).

Over the past two years, an independent policy commission of the Asia Society Policy Institute has worked together on how we could strengthen the existing East Asia Summit, created a decade ago, to enhance its effectiveness as a political security institution for the wider region. The commission was made up of former foreign ministers Marty Natalegawa of Indonesia, Yoriko Kawaguchi of Japan, Kim Sung-hwan of South Korea and Igor Ivanov of Russia; former national security advisers Shivshankar Menon of India and Tom Donilon of the United States; Wang Jisi, a member of the foreign policy advisory group of the Chinese foreign ministry; and myself.

In the absence of that, the brittle, usually bilateral nature of existing security policy tensions across the wider region will simply get worse. Indeed, this will be reinforced by the emerging system of competing alliances across the region – with US allies on one side, against the expanding network of Chinese semi-alliance structures unfolding through the Shanghai Cooperation Organisation; the Conference on Interaction and Confidence-Building Measures in Asia, and perhaps the Belt and Road Initiative.

An expanding East Asia Summit, perhaps one day evolving into a wider East Asian community or an Asia-Pacific community, will not exist as a substitute for evolving and existing alliance structures. But it could help take the sharper edges off what is now unfolding, as well as slowly evolving concepts of common security, military transparency and common military exercises. These could, over time, help preserve the “long peace” from which we have collectively benefited since the end of the last Korean war.

This article was originally published in the South China Morning Post.