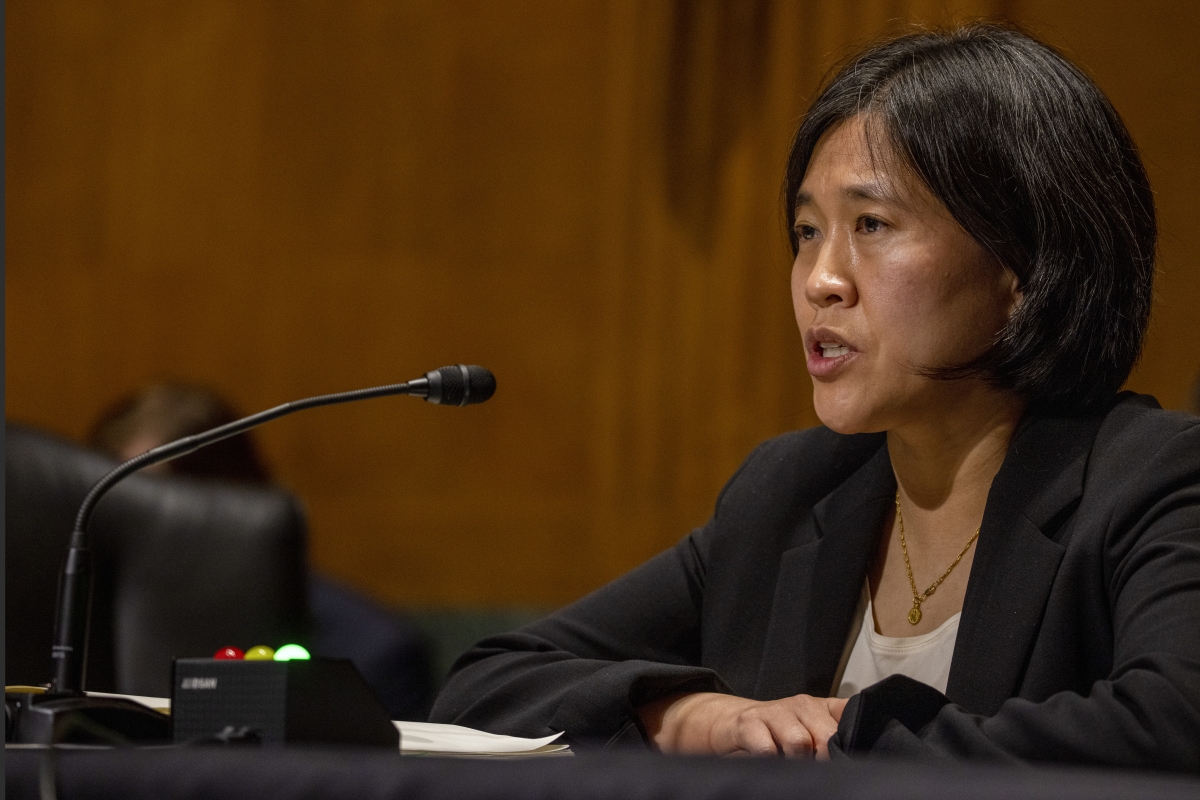 Katherine Tai, nominee for US Trade Representative speaks at the Senate Finance Committee hearing at the US Capitol on February 25, 2021, in Washington, DC. (Tasos Katopodis/Getty Images)

The following is an excerpt from ASPI Vice President Wendy Cutler and Brookings Senior Fellow Joshua Meltzer's op-ed originally published in The Hill.

U.S. Trade Representative Katherine Tai has gotten off to a busy start in her new role with a flurry of calls to her counterparts from all corners of the world. It is notable that in her conversations thus far with Asian partners she has raised digital trade as an area of potential future cooperation. This is a critical space where the United States can quickly engage in the Indo-Pacific region by proposing an agreement that weaves together existing pacts, tackles matters related to emerging technologies, while delivering benefits to the U.S. middle class.

Indeed, the time is ripe for a regional digital trade agreement with U.S leadership. COVID-19 has underscored the importance of digital tools in all walks of life, including work, education, and health, yet international rules governing their use have lagged behind. A regional deal would unite a group of countries in endorsing common standards and norms, including the principles of openness, inclusiveness, fairness, transparency, and “data free flow with trust. It could provide an important jolt for the corresponding slow-moving negotiations in the World Trade Organization (WTO). And, it can get the United States back in the trade game in Asia, while it considers the merits of rejoining the Comprehensive and Progressive Agreement for Trans-Pacific Partnership (CPTPP), albeit with certain revisions and updates.

Developing a digital trade agreement for the Indo-Pacific region would have the advantage of building on the high-standard digital commitments in the CPTPP, drawing on the more recent U.S.-Japan Digital Trade Agreement, the Singapore-Australia Digital Trade Agreement, and the Singapore-New Zealand-Chile Digital Economy Partnership Agreement (DEPA). These agreements go beyond CPTPP in important ways, including strengthening commitments to cross-border data flows, expanding cooperation on the interoperability of privacy regimes, and developing new norms on cybersecurity.

The recently signed Regional and Comprehensive Economic Partnership (RCEP) agreement also includes an e-commerce chapter with provisions on the free flow of data and avoiding data localization requirements. However, the broad self-judging “public policy” exception in this chapter reduces much of the value of such commitments. It also does not include a commitment to non-discriminatory treatment of digital products as is found in other FTAs.

This is a disappointing outcome given that many RCEP members had already agreed to stronger digital trade rules in other agreements. The RCEP rules on e-commerce largely reflect China’s approach to digital trade, with its demands for data localization, restrictions on cross-border data flows, and policies that favor domestic digital champions. Indeed, this Asian pact underscores how in the absence of U.S. leadership there is a real risk of further lowering of ambition in trade agreements, with potential negative spillover effects in e-commerce discussions in the WTO and in APEC.

As the U.S. develops an Indo-Pacific digital trade agreement it should listen to priorities, experiences, and concerns of potential partners and draw from other models and approaches in existence. In particular, there are three important elements that would make a new regional digital agreement more dynamic, inclusive, and beneficial to workers and citizens.