Despite the Trump-Modi ‘Love,’ Trade Is Still the Weak Link in U.S.-India Relations | Asia Society Skip to main content

Despite the Trump-Modi ‘Love,’ Trade Is Still the Weak Link in U.S.-India Relations 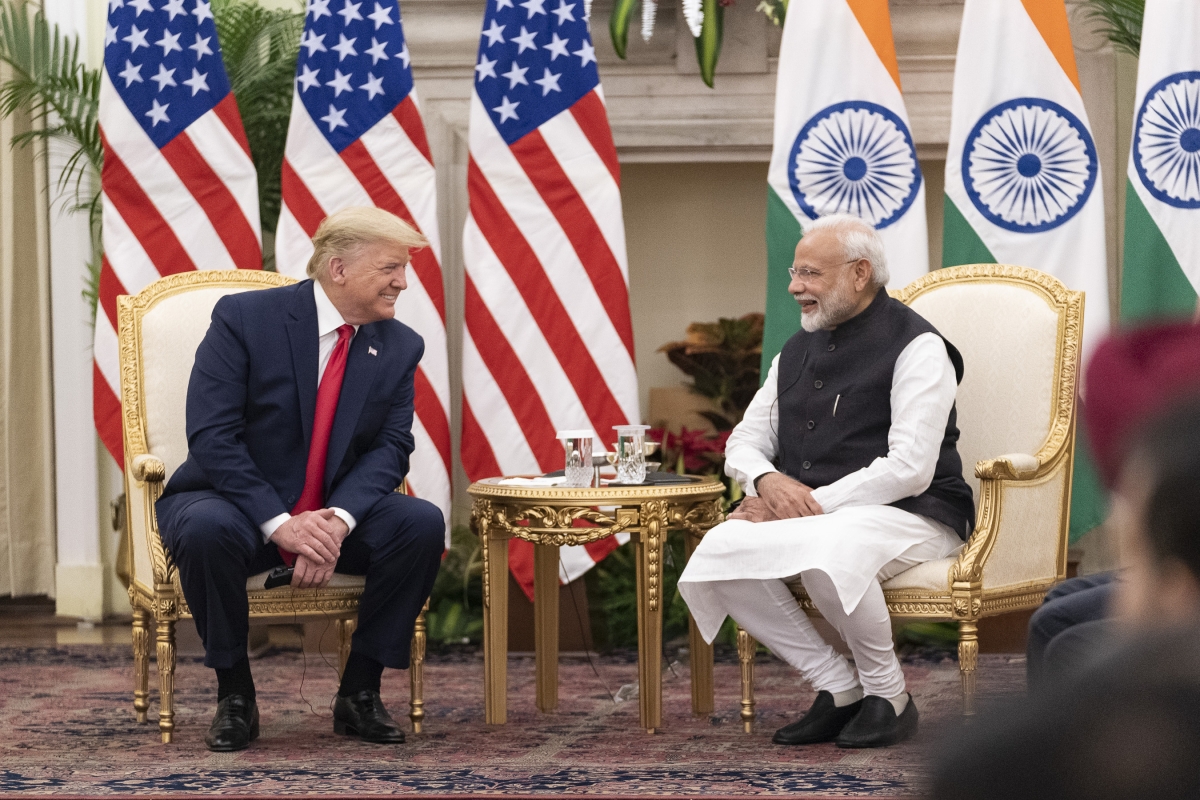 U.S. President Donald Trump’s first official visit to India last week was meant to highlight the strength of the U.S.-India partnership and the high priority that Trump and Indian Prime Minister Narendra Modi place on the relationship. Trump ingratiated himself with his hosts by refusing to publicly criticize the controversial citizenship law that has unleashed mass protests across India. As deadly communal riots raged in Delhi, Trump and Modi stayed on script, enthusiastically declaring that the state of the U.S.-India relationship is strong.

Lending credence to that message, the two leaders signed important deals on defense, energy and counterterrorism during Trump’s trip. At Motera Stadium in Ahmedabad, the largest city in Modi’s home state of Gujarat, Trump announced to tens of thousands of Indians wearing “Namaste Trump” hats that New Delhi would buy $2.6 billion worth of American-made naval helicopters. The two governments have also made progress toward finalizing the Basic Exchange and Cooperation Agreement for Geo-Spatial Cooperation, a major “foundational” defense pact that will add to the existing Communications, Compatibility and Security Agreement, signed in 2018.

But amid all the ceremony and talk of bilateral “love,” a much-anticipated trade agreement was glaringly missing. Both governments had raised expectations during the lead-up to the trip that a deal was within reach, and the State Department’s top diplomat for South Asia admitted that not reaching even a modest, phase-one trade agreement “would be a big setback.” Now, it is unlikely that a deal will come together before the U.S. presidential election in November, kicking any resolution of trade tensions to 2021.

Trump papered over the failure to secure a trade deal during his stay, saying he expected a much larger agreement in the future. That stretches credulity given the two nations’ inability to complete even a modest deal after more than a year of sustained negotiations.