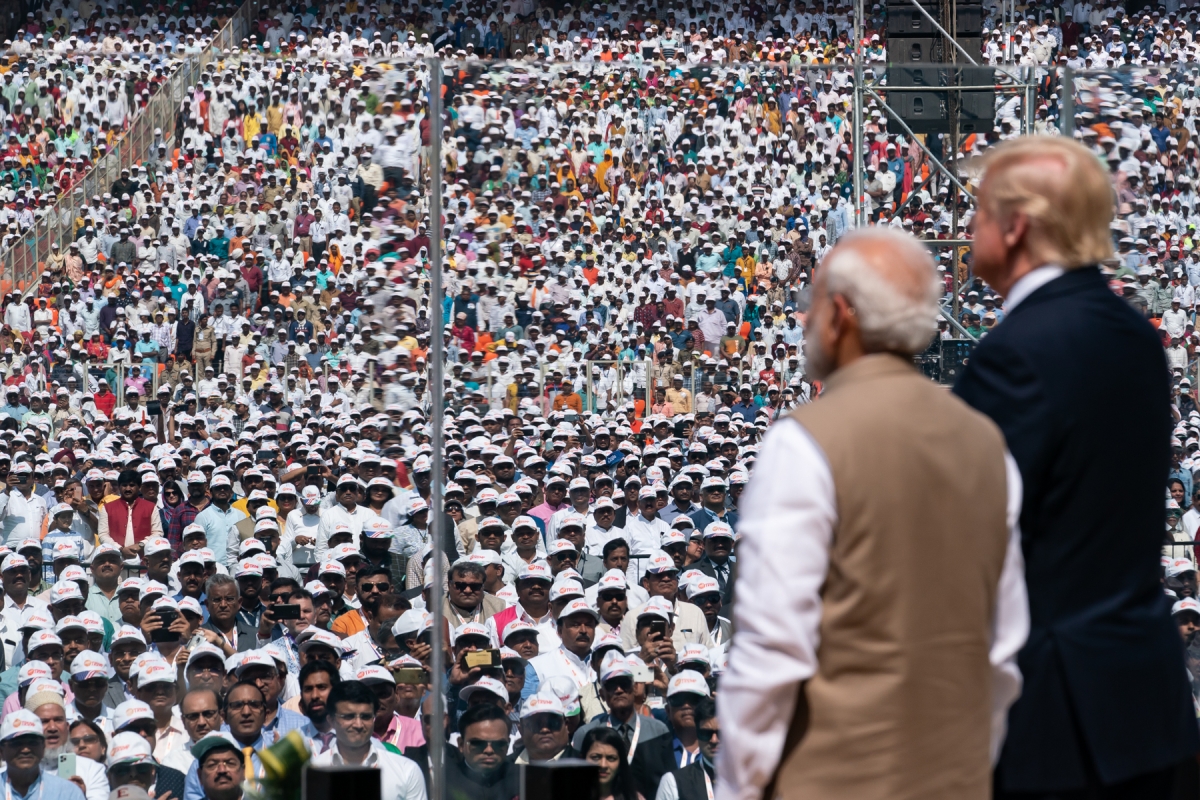 This week, U.S. President Donald Trump is on his first official visit to India. On a first day full of spectacle, he visited Mahatma Gandhi’s Sabarmati Ashram, appeared with Indian Prime Minister Narendra Modi at a large “Namaste Trump” rally in Ahmedabad, and took a tour of the Taj Mahal in Agra.  Asia Society Policy Institute Associate Director Anubhav Gupta joined Voice of America International Edition on February 24 to discuss the significance of the visit for the bilateral relationship and key developments from the first day of the trip.

“Under the Trump administration, the one area the Trump government and the Modi government have really advanced the relationship is…defense ties” states Gupta." At the Namaste Trump rally today, "Trump announced that India will be buying 3 billion dollars’ worth of naval helicopters from the United States” which “is especially important for President Trump [because] he does not have a trade deal to announce,” advises Gupta. Both governments had built expectations over the past weeks that a modest trade agreement would be finalized during the trip.

According to Gupta, Trump’s decision not to mention the security clampdown in Kashmir or India’s controversial citizenship amendment law at the Namaste Trump rally, while not a surprise, was still “a big omission.” It signals that the White House “does not care very much about these two issues,” explains Gupta. On the first day of his visit, President Trump clearly prioritized exhibiting a positive tone and was unwilling to jeopardize the trajectory of the bilateral relationship by commenting publicly on issues that India considers internal matters.

(Gupta's interview and the segment on Trump's visit begin at the 7:00 mark)