Daniel Russel on North Korea, Kim Jong Un, and the Future of the Regime | Asia Society Skip to main content

Daniel Russel on North Korea, Kim Jong Un, and the Future of the Regime 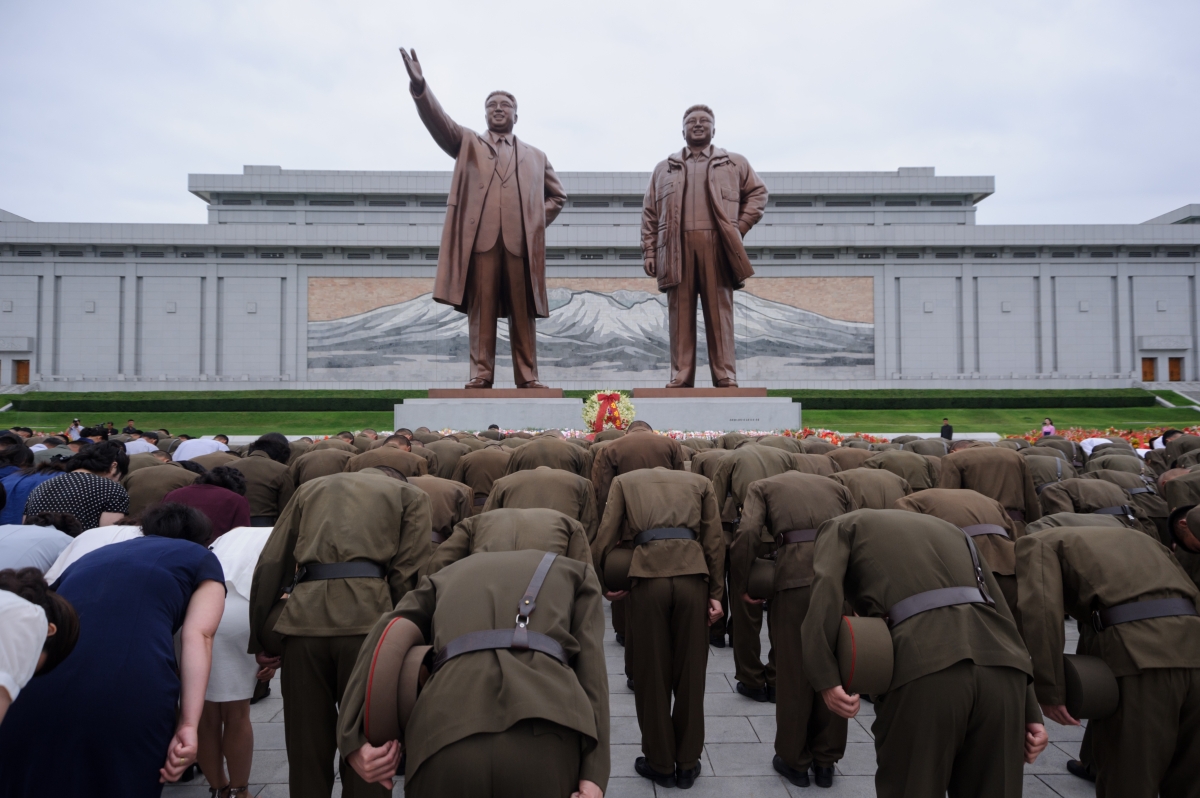 The following is an excerpt of ASPI Vice President Danny Russel’s op-ed originally published in the Los Angeles Times.

The fog of rumors about Kim Jong Un’s health will clear up soon. But as of now, despite persistent rumors that the North Korean leader is seriously ill or even dead, the only two things we know with certainty are that Kim uncharacteristically missed the Day of the Sun public anniversary celebrations commemorating his grandfather Kim Il Sung’s birthday, and that his private train has been observed at the station in Wonsan, a fact the South Korean government cites to bolster its assertion that the North Korean leader is staying outside the capital but not in the midst of a medical crisis.

But even if Kim showed up tomorrow hearty and hale, with an alibi for his absence and a clean bill of health from his doctor, it’s clear that North Korea has a dangerous succession problem. Yes, it’s a resilient monarchical regime that has managed the succession process twice. But North Korea’s political system is a Frankenstein-like mashup of models: It is simultaneously a hereditary monarchy, a Leninist dictatorship, a religious cult and a Mafia-style family racket. Its ideology requires that the ruler must be a direct descendant of Kim Il Sung — part of the so-called “Mount Paektu bloodline.”

Kim Jong Un’s oldest known child was born in 2010, which means there is no adult fourth-generation “prince” of the Kim dynasty ready to take power and hold onto it. The only currently viable adult candidates seem to be Kim’s sister, Kim Yo Jong, and his brother, Kim Jong Chul.

The sister holds the rank of a vice minister and prominently appears in state media and at diplomatic events — holding Kim’s ashtray or representing him at the Winter Olympics. But North Korea is a highly patriarchal society. With a few exceptions (such as the vice foreign minister, Choe Son Hui), North Korea’s senior leaders are male. So the odds of a young and female Kim emerging as the supreme leader are quite low.

As for Kim Jong Chul, he was passed over by his father twice — first in favor of his older half-brother, Kim Jong Nam, who fell out of favor and was eventually murdered, and later for his younger brother Kim Jong Un. His father, Kim Jong Il, reportedly derided him as being “like a little girl,” and Kim Jong Chul, unlike his high-profile sister, has been excluded from power and the inner leadership circle. So it is difficult to see either of Kim’s siblings serving as anything more than pawns or temporary figureheads for others who would wield power.

Read the full article in the Los Angeles Times.