Chapter from "Market Mechanisms and the Paris Agreement" 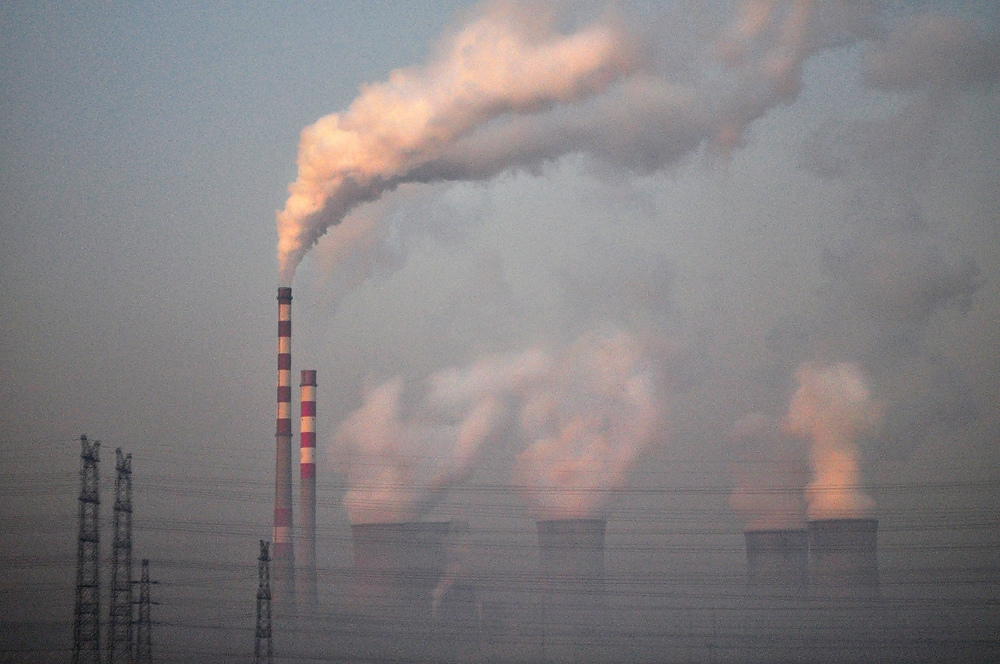 China’s GDP has grown by more than 500 percent since 1980, bringing quality of life improvements and strategic ascension alongside wealth gaps, economic inefficiencies, and wide-ranging pollution. These wealth gaps are driving efforts for more balanced growth, economic inefficiencies are leading to glut and waste reductions and higher-value economic activity, and pollution is moving environmental policy up the strata of government priorities.

Beyond addressing global climate change, China’s national ETS is part of Beijing’s effort to address all of these challenges, and to forge a cleaner and more dynamic modern economy. The ETS’s design, goals, and position within China’s wider policy landscape reflect this context — a recognition that is essential for considering its future direction and effectiveness.

China’s national ETS is set to become the principal policy tool for transitioning the country to a lower emissions future. The task is daunting. Building on seven pilot systems that began operation in 2013, China’s national ETS will cover the highest emitters in the most emissions-intensive sectors across the country. Since 2015, the National Development and Reform Commission (NDRC) has worked to determine the scope of industry coverage, construct a national MRV system, coordinate provincial reporting on the carbon inventories of more than 8,000 entities, and feed this information into a coherent national quota allocation plan. As the launch approaches, the NDRC is revising offset rules, picking a national exchange platform from among the pilots, codifying how authority will be delegated, and putting ETS management practices and technical standards in place. Throughout this process the NDRC also serves as the champion and decipherer of the national ETS to the ultimate decisionmakers in China’s State Council.

Given this workload, it is unsurprising that ambition for the national ETS launch is steadily tempering. While the launch will likely go forward in advance of the COP-23 negotiations in November 2017, continuing questions on coverage, allowance allocation, and compliance obligations are unlikely to be settled by then. Initial ETS coverage of eight sectors has been pared down for 2017 to power generation, aluminum, cement, and aviation — which alone would constitute a cap of 4–5 billion tons of CO2  (roughly 1.5 times the size of the European Union [EU] ETS) (Shanghai Zhixin Carbon Assess Management 2017). Reports from mid August 2017 suggest more culling may be in the works, and that China may begin by launching a power-sector-only ETS in response to lingering uncertainties and industry concerns on allocation methodologies and overall ETS operations (Reklev and Chen 2017). This scenario breeds further difficulties for an ETS designed to see trade across different industries facing different mitigation costs. With only months to go, basic questions remain on when the scheme will start, what the rules will be, where it will be housed, and who will participate.

China’s approach of pilot systems followed by a multi-phase national roll out anticipates such growing pains, which will continue in varied forms even as future progress is made. More fundamental questions surround the interaction of China’s ETS with other policy instruments. While the ETS is under NDRC leadership, its rules spread across the jurisdictions of multiple government agencies. Poor coordination and collaboration between these players is behind many current ETS design struggles.

The national ETS also exists in a complicated and often overlapping environmental policy space marked by existing and proposed trading and subsidy policies for renewable energy, energy efficiency, and air pollution. These policy tools, which include a newly-launched tradeable green certificate scheme to support clean technologies, expand the risk of double counting and create complex interactions with the supply and demand of carbon credits. EU experiences have shown how subsidizing renewable energy can decrease demand for carbon credits and erode the value of an ETS, and recent modelling of these interactions in China suggest similar challenges (Wu, et al. 2017).

Outside its borders, China’s ETS will impact international carbon trading and climate mitigation efforts in unforeseeable ways. The scale of its market and presence of covered industries in international supply chains means that China’s ETS will have myriad impacts on trade, competitiveness, and carbon prices in other markets around the world (Swartz 2016). China is also uniquely placed to pursue market-integration efforts in the Asia-Pacific region and beyond. Like China, the Republic of Korea is in a formative phase in its construction of a national ETS, while Japan operates subnational carbon trading schemes and international offset projects. Countries in South, Southeast, and Central Asia are likewise constructing carbon markets, and these efforts may accelerate with China’s 2017 national ETS launch (Ewing 2017).

Targeted links connecting Asian markets, along with potential links with Europe and the Americas, would widen the emissions reduction options available for emitters and help provide the scale and liquidity needed for robust trading platforms. Such links would also reflect the economic connections that define much of Asia and the global economy, and discourage the leakage of emissions to less regulated jurisdictions. For China, market cooperation and selective links could lead to revenue generation as it sells credits to neighbors that face higher abatement costs, and yield geopolitical dividends as a form of regional and international climate change leadership.

Forging such links would take time and require technical expertise, strategic vision, and diplomatic energy. Work is underway to move carbon market cooperation up regional political agendas and create a regional epistemic community. To be successful, these efforts must forge symbiotic relationships that contribute to disparate national interests in Asia and beyond (Ewing 2016). Building these relationships will require patient experimentation and creative bargaining during the formative years of market operations. China’s willingness to create a linkage-ready ETS is essential, and while Beijing is understandably fixated on its domestic rollout, indications suggest it will do just that.

China’s national ETS launch will likely draw international acclaim and support the sense that Beijing is becoming a global climate change leader. While it addresses greenhouse-gas mitigation most directly, China’s ETS is perhaps equally important in the minds of Chinese leaders as a way to curtail crippling air pollution, encourage growth in emergent sectors, and transfer wealth to peripheral provinces. Whether these intentions will impede its effectiveness as a mitigation tool is unclear. The ETS may follow the Deng Xiaoping maxim that “it does not matter whether a cat is white or black, as long as it catches mice,” and lead to robust climate change mitigation alongside the co-benefits Chinese leaders seek. It may rather demonstrate that the multiple drivers of the ETS and overlapping policies that exist alongside it render the mechanism convoluted and ineffective.

The outcome will depend largely on China’s domestic capacity building and operational discipline, and the effectiveness of its international engagement. At home, Chinese authorities must create and maintain effective systems with judicious caps and allocations, and then provide these systems the policy space and freedom from government intervention to work. Since international market cooperation requires that China develop dependable MRV, strong trading platforms, and clear rules, such engagement would enhance the climate impacts of China’s ETS while creating opportunities for stakeholders beyond its borders.