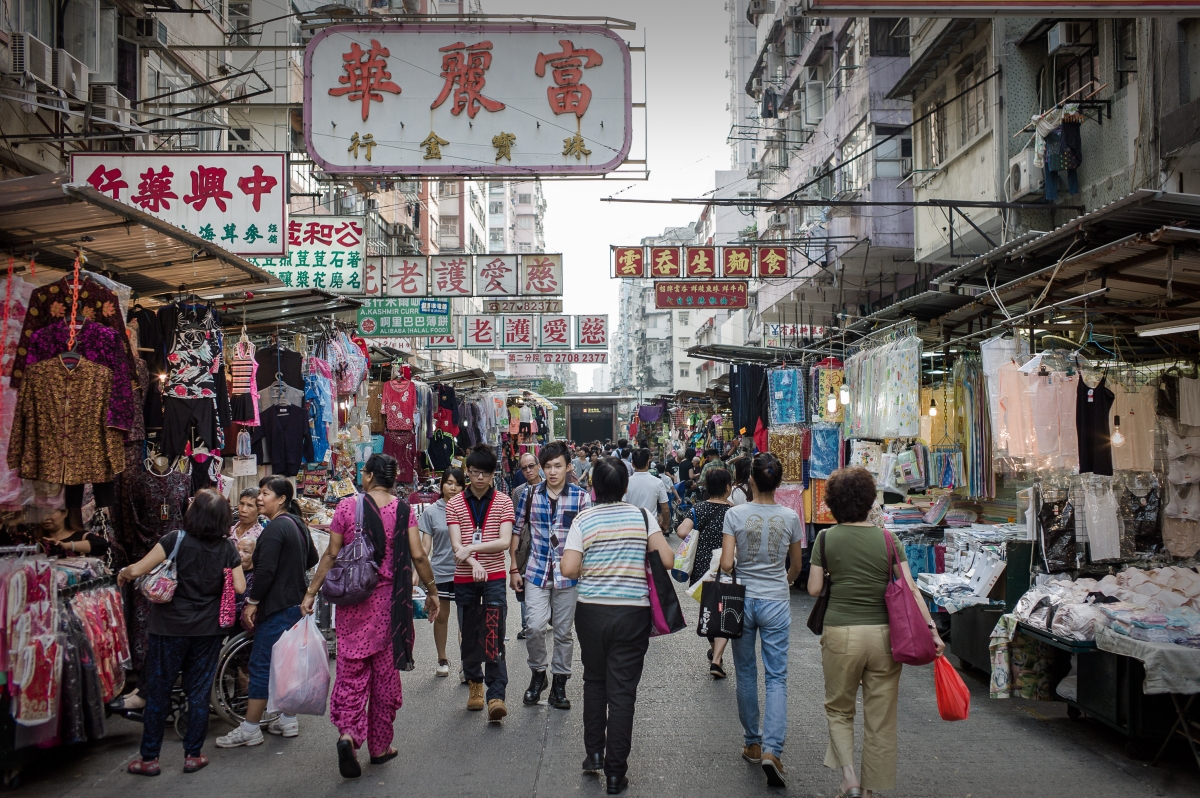 Pedestrians in the Sham Shui Po street market in Hong Kong in October, 2013, the year the Third Plenum of the 18th CPC Central Committee in Beijing declared, “Allow the market to play a decisive role in resource allocation.”

Following is an excerpt of an Op-Ed first published by Caixin.

China has achieved a lot over the last 40 years.

I remember the China of 1978 because in that year I was studying Chinese at Australian National University. The Cultural Revolution had just concluded. Deng Xiaoping had just returned to the leadership.

At university, we began to study Deng Xiaoping’s axioms: “Seek truth from facts,” and “Practice is the only criterion for testing truth.”

After more than a decade of pure ideology, these were welcome sounds to the rest of the world. China, at last, had embarked on a period of reforming its domestic economy based on the fundamental disciplines of price theory. And opening its economy to international markets and raising its own people out of poverty.

By the time I first arrived in this country to work in 1984, it had already been five years since the Third Plenum.

Indeed, the first document I remember reading when I was in the Australian Embassy that year was the Third Plenum of the 12th Central Committee of the Communist Party of China (CPC) in November 1984, on what was then called “urban reform” — taking the principle of price-based reform of Chinese agriculture, and beginning to apply it to the rest of the Chinese economy.

China, from the earliest days, has had to deal with the inherent tension between market prices on the one hand, and state planning on the other.

There is also a tension between full market prices on the one hand, and the role of state-owned enterprises (SOEs) on the other.

Market prices are about the efficient allocation of resources in the economy, where the principal actors are private firms and individual consumers.

By and large, SOEs have a different social and political purpose.

This is the core lesson of the last 40 years.

The Importance of Market Prices for the Future

The discipline of market prices as the efficient allocation mechanism for scarce economic resources is not just an important historical principle.

It must also be a guiding principle for the future.

That is why the decision outlined by China at the Third Plenum of the 18th CPC Central Committee in 2013 is so important in the eyes of the world.

We all remember what that decision said: “Allow the market to play a decisive role in resource allocation.”

I know enough about Chinese domestic economics and politics to know how complicated that decision must have been in 2013.

That decision reflected the domestic consensus within this country on the best resolution of the tensions between the two traditions alive in modern Chinese economic theory and practice: that is, market prices driving the growth of private firms on the one hand, and state planning driving by the continuing role of SOEs on the other.

Indeed, when we foreigners analyzed the 60 sets of reforms in the 2013 “Decision,” the core guiding principle underpinning all of them was the central importance of market prices.

For China’s future, this is important for the growth of its product and service markets.

For market prices to work in the agricultural sector, the manufacturing sector, or the services sector, there must be strong competition.

And for there to be strong competition, there must be competitive neutrality.

And for there to be competitive neutrality, the same rules should be applied to Chinese private firms and SOEs as apply to foreign firms.

That’s why five of the most critical areas in the decisions of the Third Plenum of the 18th CPC Central Committee were competition policy reform, SOE reform, foreign trade reform, foreign investment reform, and financial sector reform.

In the West, we call this creating a level playing field through the creation of a set of rules and regulations, so firms can compete equally to produce the best product at the lowest price for the consumer, thereby representing the most efficient allocation of resources and thus eliminating waste.

If we look around the world today, we see the most successful economies over time are usually the most open and competitive economies.

Just as we see around the world, the most poorly performing economies are those most closed and overregulated, creating advantages for one sector or another.