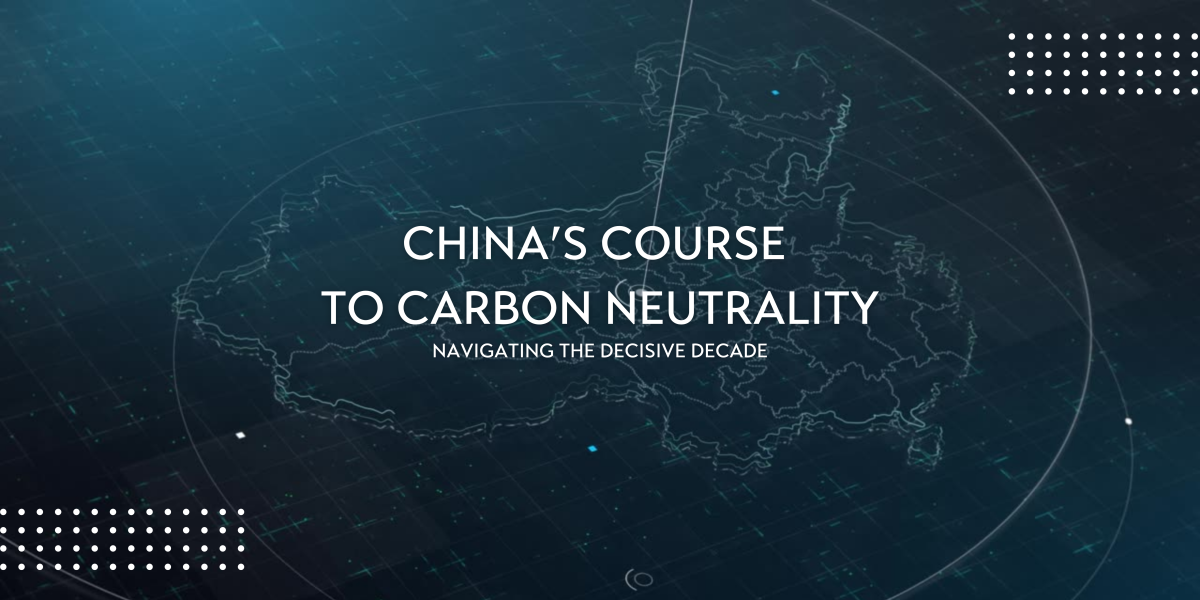 China is in the midst of a wholesale economic transformation, driven by the central government’s pursuit of sustainability in all its forms: economic, social, and environmental. At the heart of this transformation sit Xi Jinping’s “dual carbon” targets: one to peak emissions before 2030, and the other to achieve carbon neutrality before 2060.

However, such straightforward guiding targets belie the monumental complexity of unraveling and then rebuilding the fossil fuel–driven economy that enabled China’s rapid rise as a global economic power. The difficulties of moving China’s economy up the value chain – particularly from low-grade, emissions-intensive industrial manufacturing toward high value-add, green and low-carbon production – are compounded by the immense political frictions posed by entrenched interests and bureaucratic inertia.

In this context, it is imperative for observers – particularly those keen on engaging with China during its grand green transformation experiment – to understand the many pieces, players, and problems involved. To this end, this report takes stock of China’s planning and reform efforts across the domains of climate, energy, and industrial upgrading since the 14th Five-Year Plan (2021–2025) was adopted. It then assesses the key drivers and constraints shaping these efforts, with the aim of elucidating the most likely path ahead – even as Beijing itself continues to map it out.