China and the U.S. Agree To 'Enhance Ambition' on Climate. Here's What This Means | Asia Society Skip to main content

China and the U.S. Agree To 'Enhance Ambition' on Climate. Here's What This Means 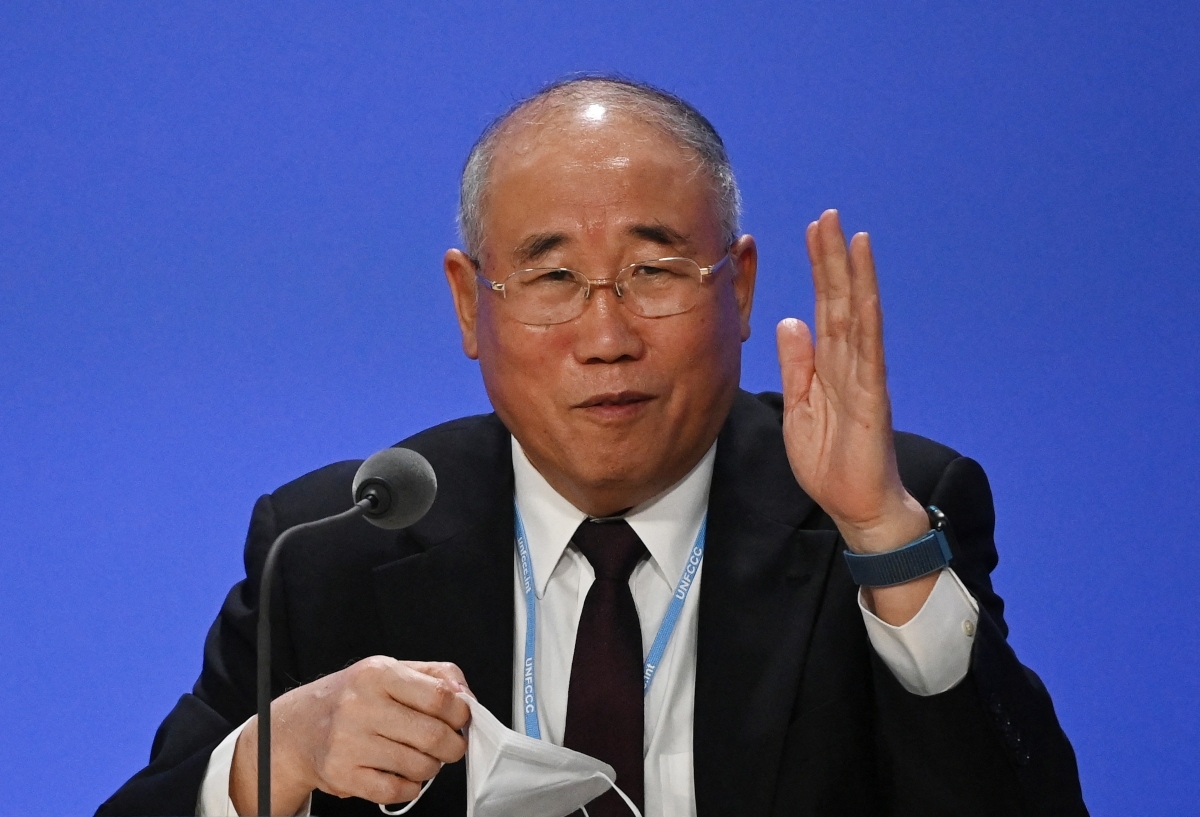 China's special climate envoy, Xie Zhenhua, speaks during a joint China and U.S. statement on a declaration enhancing climate action in the 2020's during the COP26 climate change conference in Glasgow on November 10, 2021. (Jeff J. Mitchell/Pool/AFP via Getty Images)

On Wednesday, China and the United States released a joint statement on the sidelines of the United Nations Climate Change Conference (COP26) in Glasgow, U.K., agreeing to "enhance ambition" on climate change. Thom Woodroofe, a former climate diplomat now serving as a fellow at the Asia Society Policy Institute (ASPI) working on U.S.-China climate cooperation, explains why this agreement is significant.

This is a timely acknowledgement by the U.S. and China that more needs to be done, of their responsibility to do more, and how cooperation between the two of them can help that effort. But it is also an acknowledgement that the Glasgow outcome clearly won’t be perfect — and relies on what comes next.

While this is not a game changer the way the 2014 U.S.-China climate deal was, in many ways it’s just as much of a step forward given the geopolitical state of the relationship. It means the intense level of U.S.-China dialogue on climate can now begin to translate into cooperation.

Both sides benefit from this. For the U.S., it shows they are coming away from Glasgow with at least a signal by China that they hope to be able to do more this decade, and with ways to hold their feet to the fire. For China, it helps stem the perception they came to Glasgow entirely empty handed. It will also be a helpful shot in the arm for the final COP26 negotiations over the coming days and helps smooth the runway for next week’s call between Presidents Xi Jinping and Joe Biden.

The big substantive outcome here is China’s affirmation of acting in line with the Paris temperature goals, to “make best efforts to accelerate” a decrease in coal consumption, and to join the tent on methane reductions (but stopping short of signing the recent Global Methane Pledge).

The equally important procedural outcome is the establishment of a “Working Group on Enhancing Climate Action in the 2020s,” similar to the U.S.-China Climate Change Working Group of yesteryear, and which we at ASPI have been recommending be re-incarnated to frame future practical cooperation.