An op-ed by Kevin Rudd in the Business Standard 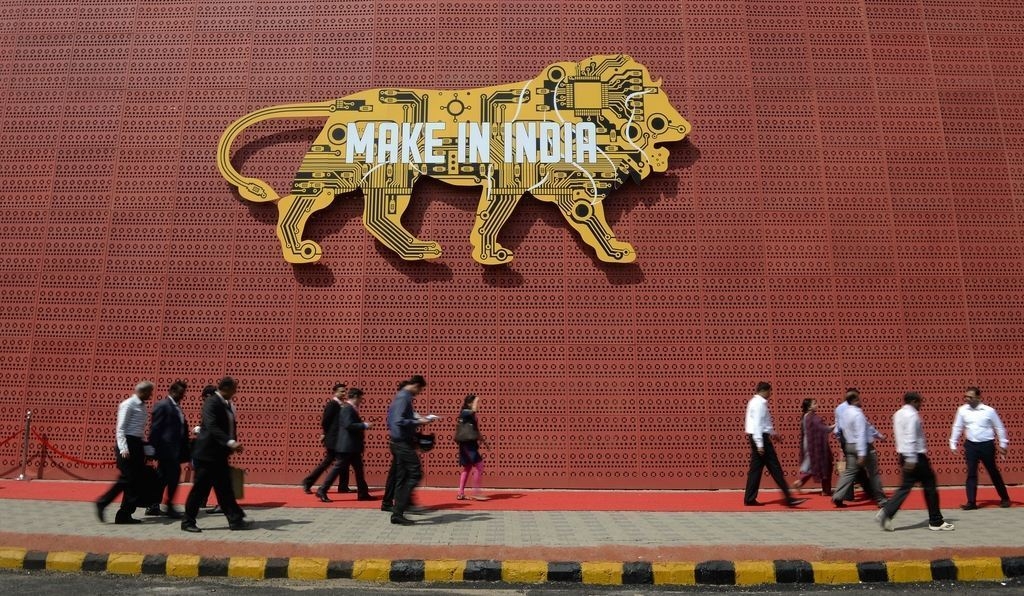 (This essay was originally published in the Business Standard on February 22, 2016.)

On February 29, observers around the world will be watching as India's government presents its 2016-2017 budget. They will be looking for signs that India, today the world's fastest-expanding major economy, will continue to grow at pace, and help shore up a slumping global economy. But until India is more integrated with the global economy, its potential to buttress domestic as well as global growth will remain limited.

The first and necessary step toward greater Indian participation in Asian and global trade and investment flows is membership in the Asia-Pacific Economic Cooperation (APEC) forum, a step whose time has come, for India, for APEC, and for the international economy.

For 26 years, APEC has served as the key driver of Asian regional economic integration by developing habits of economic dialogue and cooperation and facilitating market opening and trade expansion. Today the 21 APEC member economies account for approximately 60 percent of global GDP and 40 percent of global trade. APEC membership is also a facilitating condition for Trans-Pacific Partnership (TPP) membership.

With the advent of the TPP, the great unfinished task of Asian economic integration is India's closer involvement. The potential gain for the regional and global economies is significant. As growth in China and the rest of Asia slows, the Asian region and Western economies are in search of new markets for trade and investment, access to new consumers and workers, and new sources of innovation.

India, today Asia's third largest economy, is projected by the U.S. Department of Agriculture to be the world's third largest by 2030. Its burgeoning middle class, expected to number 450 million by 2030, will be a major contributor to global demand if it is better connected to other markets. India's rapidly increasing workforce could help offset aging populations and labor shortages in other Asian and developed economies. India's huge infrastructure needs could offer favorable opportunities for international investment if India's markets are better aligned with global standards.

India has even more to gain from APEC, which would help India boost its long-term growth. APEC's institutional processes of trade facilitation, consultation on standards, and sharing of best practices will help India improve its regulatory regime and business environment. This, in turn, helps make India more attractive to investors and more competitive in international markets. APEC would help India access the transnational supply chains that increasingly dominate the global economy, an objective critical for Prime Minister Narendra Modi's plan to create 100 million manufacturing jobs by 2022.

Of course India's task of sustaining rapid economic growth must begin at home. Mr Modi's laudably ambitious economic reform goals have proven hard to achieve in the two short years since his election, but his government has moved effectively to attract increased foreign direct investment, improve the ease of doing business, and devolve greater fiscal and policy responsibility to the states. Major structural changes, such as the Goods and Services Tax and land and labour reforms, are politically difficult, but many will look to the new budget for signs that those remain key objectives.

India's candidacy for APEC is viewed skeptically in some parts of the region for two reasons. First, critics say India's past behavior in trade negotiations, especially in multilateral settings such as the World Trade Organization (WTO), has been reflexively difficult, even intransigent. Some critics fear India would disrupt APEC's consultative and consensus-based processes and impede progress on key initiatives. These parties remain unconvinced that India's government or business community are ready to take more constructive positions despite India's progress over the past 15 years.

However, these perceptions of India's past stances are based on its behavior in binding negotiations such as the Doha Round of the WTO. But APEC is a non-binding forum, and while a consensus of all members is always the goal, some initiatives proceed with a limited consensus of some members.

Second, some parties believe that India must prove it is serious about APEC by completing or committing to certain major steps such as land policy reform or bilateral investment treaty negotiations. It is not unreasonable to look to the Narendra Modi-led government to signal in some significant fashion its desire to be part of APEC by implementing substantial economic reform. But making the accomplishment of specific reforms a condition for APEC membership is not consistent with APEC's history or character.

Throughout its history, APEC has included economies that have varied widely in their size, stage of development, and trade policy orientation. China was an APEC member for 10 years before making the reform commitments that brought it into the WTO. When Vietnam joined, its economy and policies were very different from those of most APEC members. Now, it is a TPP member. One of APEC's most important contributions has been to assist the gradual opening of emerging economies.

APEC is a process not a destination. As a non-binding forum for discussion and consultation, it is designed to be flexible even as it holds out the very ambitious goal of pan-regional economic integration. Major policy changes have not typically been pre-conditions for APEC membership. In fact, participation in APEC will over time help India achieve the major policy reforms that India has said it wants.

Domestic attitudes about trade, as well as bureaucratic and corporate resistance, have so far made it difficult for India to achieve the scope and pace of reform that would benefit India and its economic partners. Access to APEC's processes and best practices would help India's bureaucracy deal with their obstructions.

The time to bring India into APEC is now — 2016. For the first time in 20 years, India is actively seeking to join. The Narendra Modi-led government is committed to an economic reform agenda aligned with greater economic cooperation with the rest of Asia. If an expanded TPP is to involve India at some point in the future, APEC membership is the necessary first step.

APEC's major economies — the U.S., China, Japan and Russia — have all recently welcomed India's interest in joining APEC. U.S. President Barack Obama has developed a close relationship with Mr. Modi, and has the opportunity in his final year in office to help deliver APEC membership for India.

Kevin Rudd is President of the Asia Society Policy Institute in New York and was the 26th Prime Minister of Australia.