ASPI Note: Understanding the Protests in the Solomon Islands 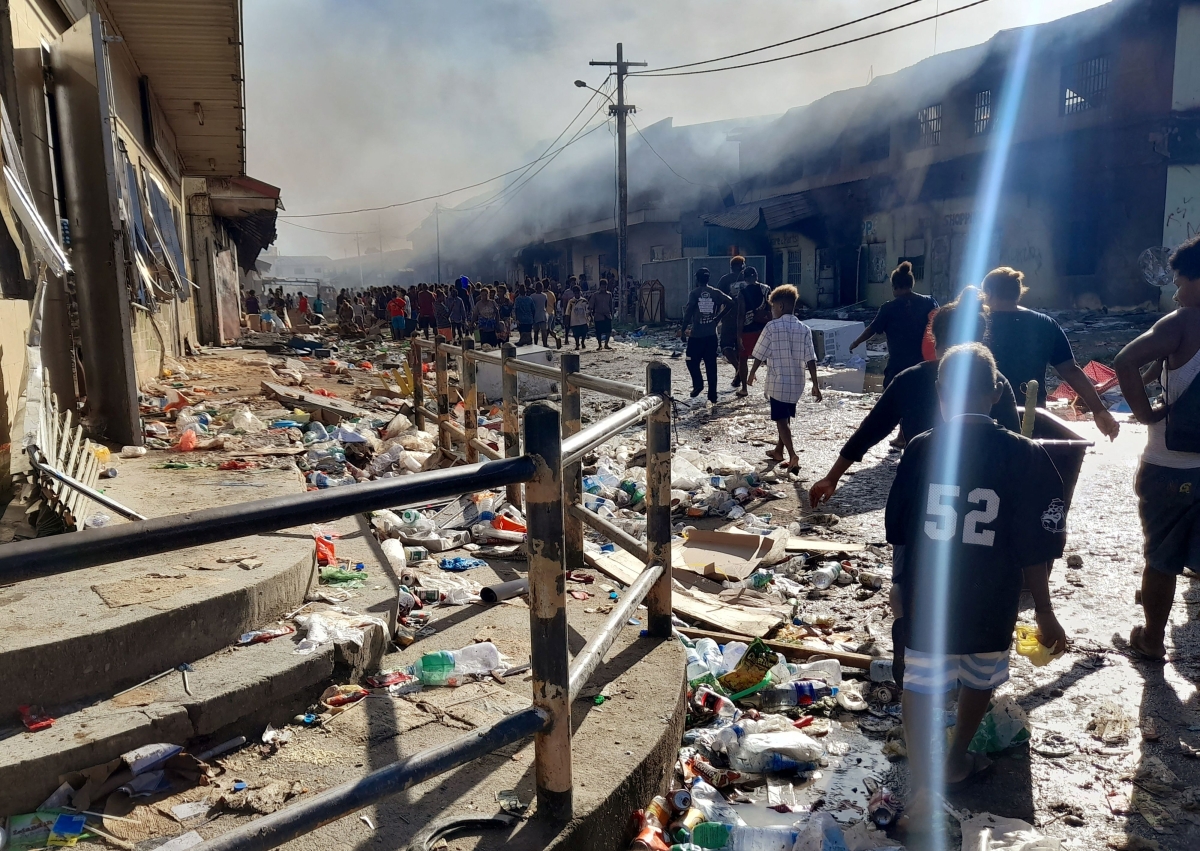 The background: There are various reasons for the discontent among protestors, including high unemployment and cost of living, endemic corruption, and lack of development. Tensions over uneven economic development between the largest island, Guadalcanal, where Honiara is located, and the most populous island, Malaita, have long simmered. These issues spilled into a bloody and costly internal armed conflict between 1998 and 2003 known as “The Tensions,” and led to the Australian-led peacekeeping mission Regional Assistance Mission to Solomon Islands (RAMSI). Peace was eventually restored, but underlying grievances have remained, and many participants in last month’s protests were Malaitan.

China’s push in recent years for Taiwan’s diplomatic allies in the South Pacific to switch their recognition to Beijing has exacerbated these deep internal divisions. In 2019, Sogavare switched diplomatic ties from Taiwan to China, citing “national needs” and future economic opportunity, and arguing that the switch puts the Solomon Islands on "the right side of history.” After the Solomon Islands, as well as Kiribati, shifted diplomatic recognition in 2019, the Marshall Islands, Nauru, Tuvalu, and Palau are the only Pacific Islands nations still recognizing Taiwan. But Sogavare's move was criticized by Daniel Suidani, premier of Malaita. Suidani has banned Chinese companies from Malaita, but has received development aid from the United States and publicly accepted personal protective equipment from Taiwan last June.

Some Solomon Islanders are frustrated over unfulfilled expectations of large Chinese infrastructure investments following the 2019 decision to align with Beijing. Another source of anger is China’s perceived political influence, which some see as having been bought through “checkbook diplomacy,” tapping into dissatisfaction around poor governance and corruption. In the lead-up to the no-confidence vote in parliament, there were reports that parliamentarians’ votes were being bought with money from a “Chinese slush fund” (Taiwan offered “constituency development funds” to the Solomon Islands’ political elite until 2019).

Digging deeper: The events in the Solomons offer a reminder that some Pacific Island nations remain at risk of instability from poor governance, inequality, and lack of economic opportunity. Financial inducements from both China and Taiwan to secure diplomatic recognition, a diplomatic battle that has reignited since 2016, can widen these political and social fault lines.

So too can broader geo-political competition. Traditionally, the most important external powers in the South Pacific have been Australia, New Zealand, the United States, and France. Several countries, predominantly China but also Russia, Indonesia, Japan, and India, have increased their engagement with the region. Since 2013, two-way trade with China has overtaken that with Australia in all countries except for Papua New Guinea. As of 2017, China was the third-largest donor to the South Pacific through large infrastructure projects funded by concessional loans. Several nations have signed MoUs to cooperate with China’s Belt and Road Initiative.

Still, the pandemic has demonstrated the limits of China’s influence in the South Pacific. Most Pacific Island states are now taking a cautious approach to large Chinese loans: since 2018, no Pacific nation — except for Vanuatu — has taken on new debt from China. At the same time, Australia, New Zealand, and Taiwan have stepped up pandemic aid to the South Pacific — and this week, the United States, Australia, and Japan have announced funding for the construction of an undersea internet cable to deny China a critical portal into the region’s telecommunications infrastructure. Joe Biden also made history when he became the first United States president to attend the virtual Pacific Island Forum Leaders Meeting in August.

What to watch: Other Pacific Island nations are watching the Solomon Islands closely amid concerns that superpower rivalry may risk the region’s stability. Former President of Kiribati Anote Tong fears that Kiribati may face similar issues to the Solomons, as there had already been “expressions of discontent” following the 2019 switch of diplomatic ties from Taipei to Beijing. Kiribati was recently forced to clarify that Chinese support for the upgrading of a remote airstrip was purely for civilian use. Micronesia President David Panuelo expressed the anxieties of many when he said his government was carefully balancing relations between the United States and China so as not be become “sandwiched” in great power rivalry.