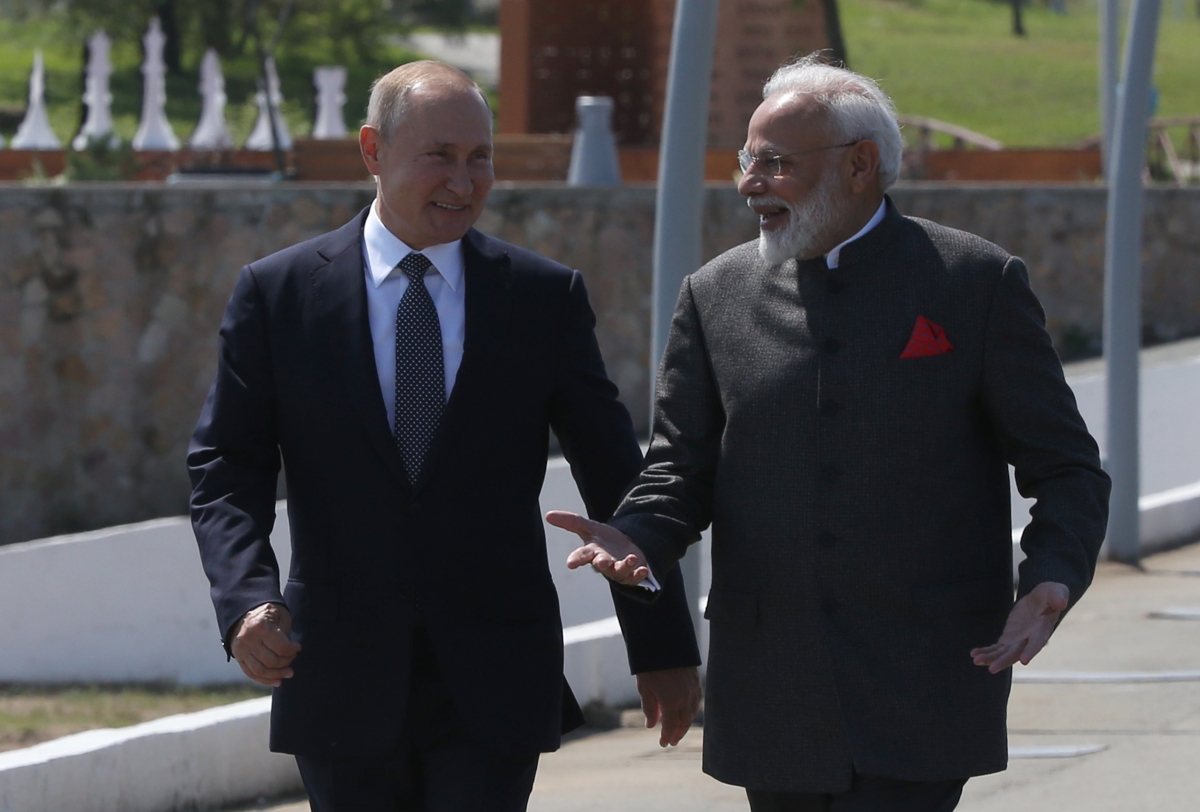 Historically, India and Russia have enjoyed strong ties. Even though New Delhi was non-aligned during the Cold War, it signed the Indo-Soviet Treaty of Friendship and Cooperation with the U.S.S.R. in 1971, giving India the confidence to enter into the Bangladesh Liberation War in East Pakistan. Since then, Russia has been a mainstay in India’s defense sector. However, as India’s relations with the U.S. have strengthened, Russia has grown closer to China — and Moscow also believes that the Quad and the concept of the "Indo-Pacific" are strategies to contain both it and Beijing.

Key takeaways: Defense was a huge part of the summit. India confirmed that supplies of the first S-400 missile defense system are being delivered, despite the potential for U.S. sanctions. India historically has been reliant on Russia for defense procurement; this particular system is fraught given U.S. opposition and sanctions. Between 2016 and 2020, about half of India’s total arms imports have been from Russia, and 23% of total Russian arms exports over that same period went to India. The summit also announced a joint-manufacturing agreement, where AK-203 assault rifles will be manufactured in India.

Afghanistan was also a key topic of discussion. Both India and Russia are concerned about the potential of Afghanistan to be used as a safe haven for terrorism once again. Russia’s concern stems from the spillover of fighting, or the movement of extremist groups ,into Central Asian states from Afghanistan’s northern border, while India is concerned that militants from Afghanistan can cross Pakistan to attack India. The last time the Taliban were in power, they sheltered pro-Pakistani militants, including those who hijacked an Indian Airlines flight in 1999. Furthermore, India’s arch-rival Pakistan has taken the lead in negotiating with various countries about the future of Afghanistan, leaving India to play catch-up.

Reading Between the Lines

Russia’s bid to stay engaged in South Asia: For Russia, the summit was an opportunity to show that it remains engaged in the South Asia region, even if the power competition is moving towards the U.S. and China. Russia has recently been making overtures towards India’s rival, Pakistan, and is also ensuring that its interests in Afghanistan remain secure. Though the U.S.-India relationship has flourished, this summit is a reminder that Russia is still a relevant power.

The China Factor: China is India’s principal geopolitical rival, and the two countries are in their second winter of a prolonged stand-off on the Line of Actual Control (the de-facto border between India and China). Despite efforts at diversification, India’s military is still dependent on Russian-manufactured equipment, and with the border situation with China unlikely to be resolved in the near term, India needs to make sure that its military is well prepared. Just as China is pushing the U.S. and India together, China is also one of the many reasons behind India’s decision to purchase more weapons from Russia. Indeed, the China factor is partly why India chose to purchase the S-400 missile defense system, as India sought to bolster its defenses against China and Pakistan.

In contrast, Russia’s relations with China are expanding rapidly, as the two sides strengthen their political, economic, and military ties, due in part to shared animosity towards Western countries. However, despite the ongoing standoff between India and China, Russia has continued to supply India with weapons, even though China is unhappy with it, particularly because India is a reliable customer of Russian-manufactured weapons.

Potential U.S. sanctions overshadow the summit: Though the U.S.-India relationship has grown steadily over the past 20 years, the two countries do not agree on everything. India, for its part, would prefer that the U.S. and Russia have better relations — but New Delhi has strong independent relations with both sides. However, India’s purchase of the S-400 makes it eligible to be sanctioned under the Countering America’s Adversaries Through Sanctions Act (CAATSA), legislation that was passed in 2017 to punish Russia for its interference in the 2016 U.S. election. Though there is currently momentum in the U.S. Congress to grant India a waiver for the S-400, subsequent purchases of Russian-made equipment could also result in sanctions.

What to watch for: How members of the U.S. Congress respond to this summit. Though there is recognition that India’s military is primarily composed of Russian-manufactured equipment, Congress wants to see India diversify away from Russia and purchase more arms from friendly countries, such as France and Israel. Continued major purchases of Russian-manufactured equipment can have a spillover effect into the U.S.-India relationship, as key members of Congress may oppose the idea of granting India a waiver to CAATSA sanctions.