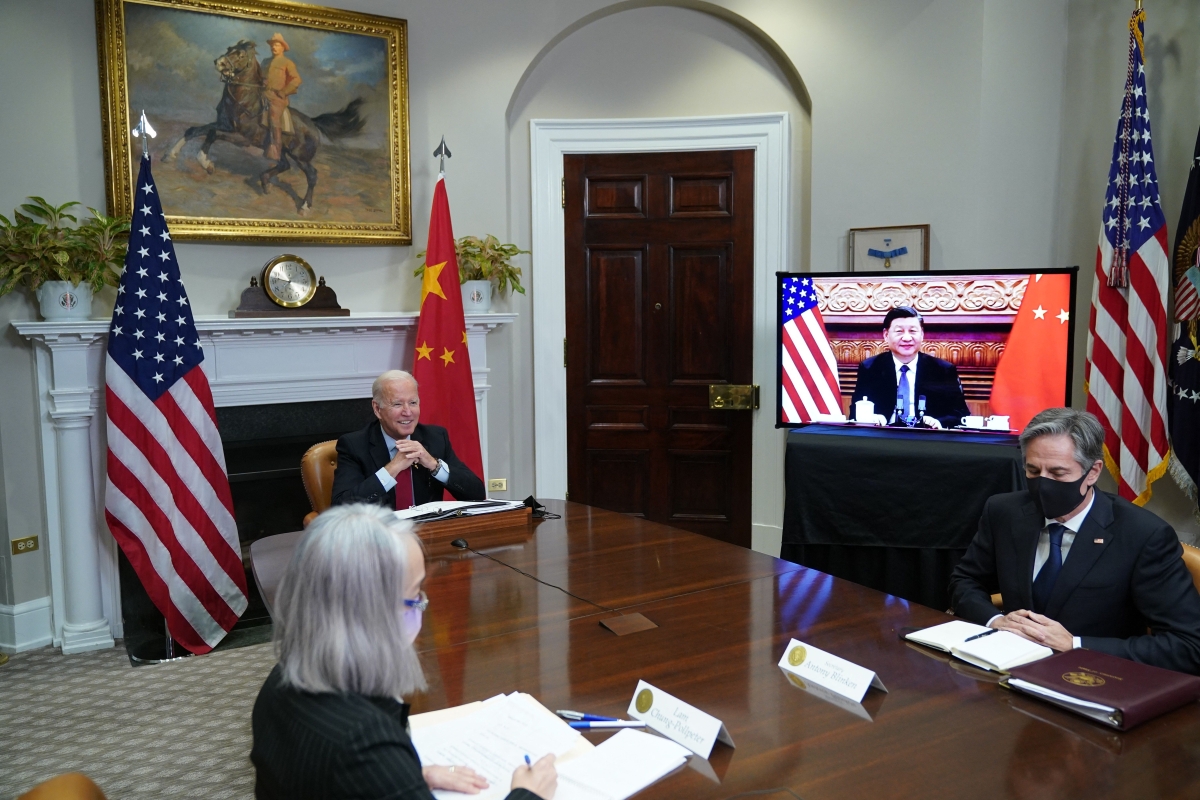 What happened: Presidents Joe Biden and Xi Jinping met virtually for their first “face-to-face” meeting on Monday, November 15, speaking for more than three hours in an attempt to set a new direction for the U.S.-China relationship amid serious tensions and what Biden has described as “intense competition.”

The background: With most channels of communication eventually severed during the Trump years, the Biden administration’s previous attempts at a substantive dialogue with China ended in theatrical recriminations and frustration. This decision to engage at the very highest level reflected deep concern about risks in the relationship. Both Biden and Xi seem to share an interest in forestalling a crisis or blowup — especially while each faces domestic political challenges over the next year. This was the first “summit” meeting between the two countries since June 2019, when Trump and Xi met on the sidelines of the G20 in Osaka.

What they talked about: Both leaders opened with firm – if clarifying – positions on issues of concern, including Taiwan, human rights, and trade. But they were also able to discuss the possibility of greater alignment in areas of common interest, such as climate change, global health security, stabilizing energy prices, and global macroeconomic recovery.

The bottom line: The virtual summit did not aim for a substantive breakthrough. It instead accomplished an important objective: setting in train a process to manage intense competition and stabilize a relationship that had dangerously deteriorated over the last four years. The key outcome of the meeting was an agreement to begin establishing what both sides described as the “guardrails” necessary to keep the relationship from veering into crisis and the real possibility of unintended conflict.

The next step will be opening communication through diplomatic, military, and economic channels focused on critical issues of concern. That includes managing areas of significant disagreement, such as trade and nuclear stability, exploring new areas for cooperation, such as on non-proliferation, and taking forward their recent joint declaration on climate change.

Reading between the lines: The virtual meeting may have lowered the diplomatic temperature, but both leaders will need to stay engaged to keep the process moving. It won’t be easy — intense strategic competition will continue across the board and politics have made “dialogue” and “cooperation” with China dirty words in Washington. Biden administration officials are skittish about being painted as soft on China and are suspicious of Chinese intentions. Real progress will likely be modest, slow, and fragile. Don’t expect Biden to visit Beijing for the Winter Olympics in February.

What to watch: Certain areas appear ripe for closer alignment between the two sides, including:

Interested in learning more about ASPI’s take on the Biden-Xi summit? Check out our video, featuring analysis by Kevin Rudd, Danny Russel, and Wendy Cutler.