ASPI Note: Understanding the 2+2 and the Biden-Modi Virtual Summit 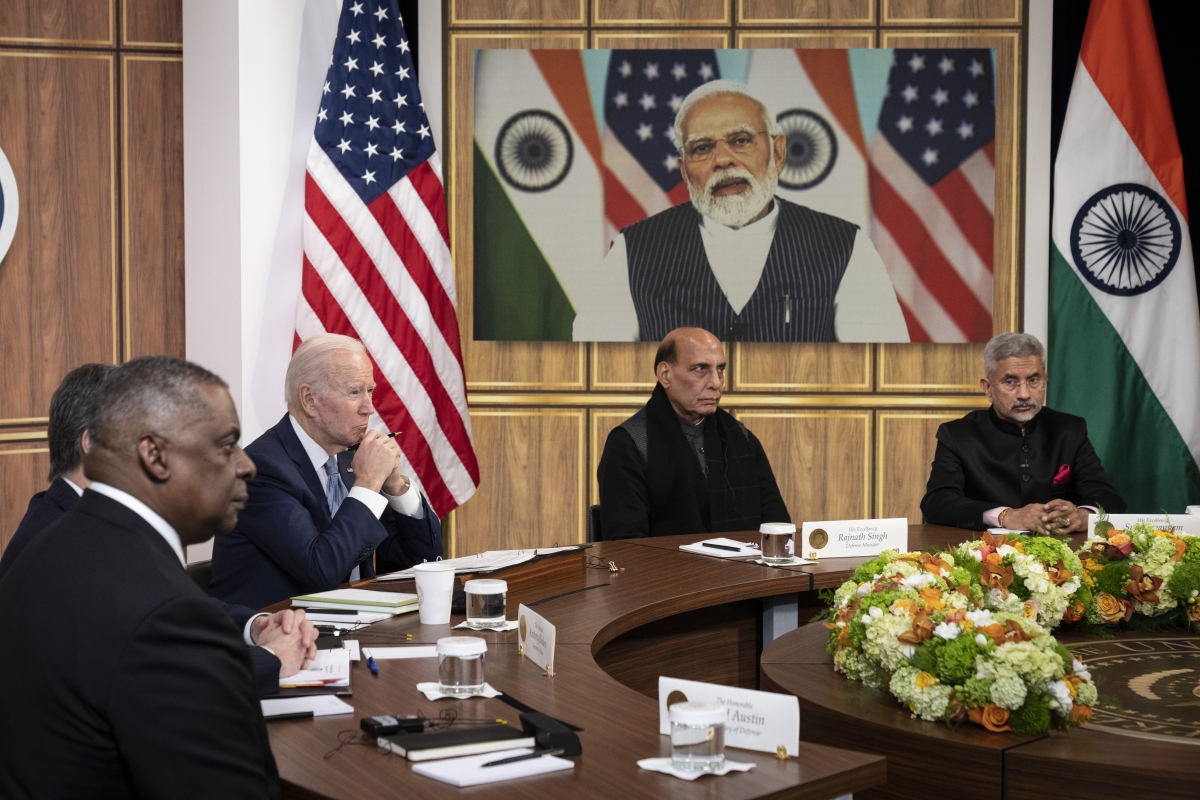 What’s Happening: On April 11, President Joe Biden met India’s Prime Minister Narendra Modi for a virtual summit. Later in the day, the U.S. and India held their fourth “2+2” dialogue, which saw Secretary of State Antony Blinken and Secretary of Defense Lloyd Austin meet their counterparts, India’s External Affairs Minister S. Jaishankar and Defense Minister Rajnath Singh. The meetings took place against the backdrop of mounting frustration in the U.S. over India’s unwillingness to condemn the Russian invasion of Ukraine, as well as India’s decision to increase purchases of Russian oil.

Background: The Biden administration has sought ways to encourage India to shift its position on Russia to align with the response of other democracies to the invasion. In their public statements, American officials have acknowledged that India has a unique relationship with Russia and made clear that the U.S. is willing to work with India to find ways to meet its military equipment needs. Washington has also publicly reminded India that if China were to attack it, Russia would not come to India’s aid. On the other hand, India’s military equipment is primarily of Russian origin, and India is concerned that alienating Russia could affect India’s military readiness, especially as Indian troops have been locked in a standoff with Chinese troops on the Line of Actual Control since 2020. The twin meetings served as a platform for the U.S. and India to try to narrow or resolve their differences on Russia-Ukraine while bolstering their collaborative efforts in the Indo-Pacific region.

What’s Next: Biden and Modi are expected to meet in person in Tokyo this May for the next Quad leaders’ summit, with the Australian and Japanese prime ministers, where conversations will continue on collaboration on a free and open Indo-Pacific. In the interim, the U.S. will continue to nudge India to take a more forceful stance against Russia and avoid substantially increasing its purchases of Russian oil and gas. India, for its part, is unlikely to significantly scale back energy imports unless the U.S. sanctions Russia’s oil and gas sector. India’s willingness to alienate Moscow will also hinge on the speed and scope of American weaponry being made available as alternatives to Russian arms. However, India can be expected to continue moving closer to the West’s position on the Russian invasion and closer to the West overall, especially as Russia’s increasingly close partnership with China has eroded the historically strong Russo-Indian relationship.