ASPI Note: Biden's Blueprint for Economic Engagement in the Indo-Pacific 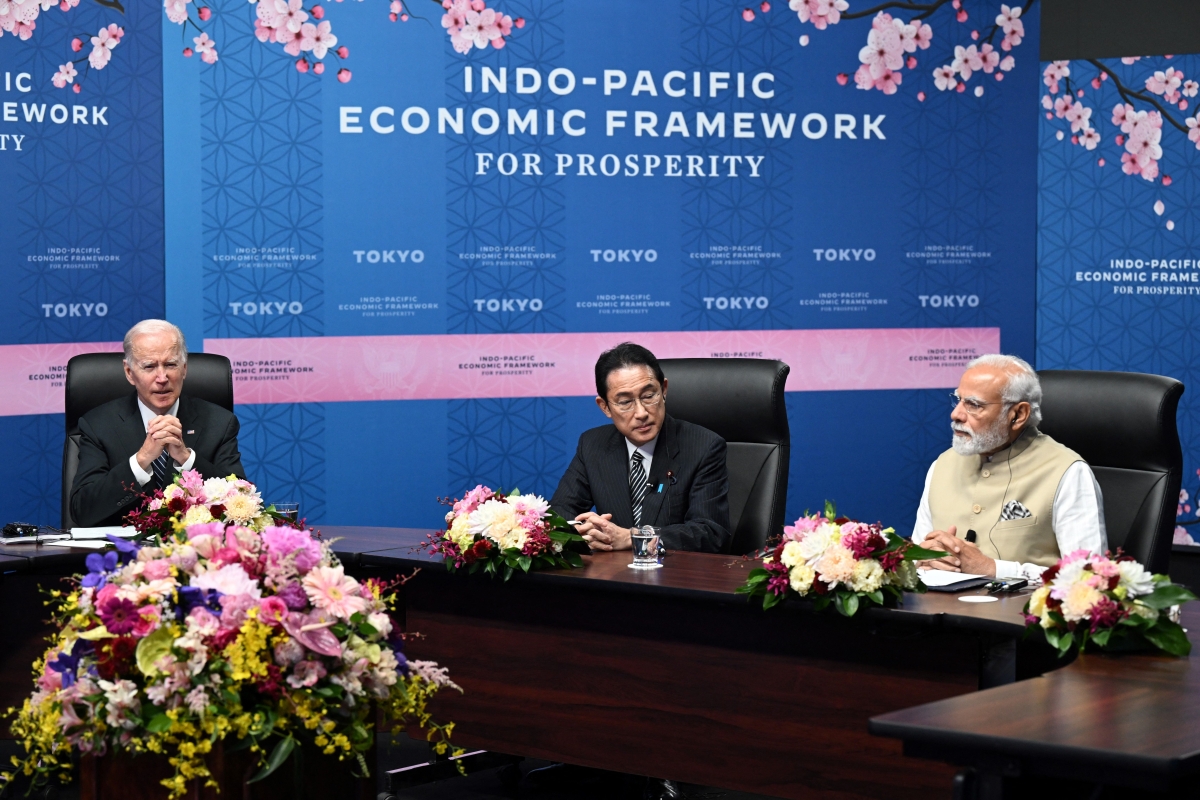 What's happened: On May 23 in Tokyo, President Joe Biden launched the Indo-Pacific Economic Framework for Prosperity (IPEF), the administration’s long-awaited initiative for economic engagement in the region and a crucial component of its broader Indo-Pacific Strategy outlined earlier this year. The most striking aspect of the announcement was the participation of a dozen other Indo-Pacific countries, an achievement that looked doubtful just a few weeks ago. Launching an initiative that brings together the United States, India, and the major ASEAN economies is a major accomplishment and underscores the importance America’s partners attach to Washington stepping up its economic game in this dynamic region.

Background: Since the United States exited the Trans-Pacific Partnership in January 2017, there has been a steady march of new trade agreements, most notably the Comprehensive and Progressive Agreement for Trans-Pacific Partnership (CPTPP) and the Regional Comprehensive Economic Partnership (RCEP), across the Indo-Pacific region that do not include the United States. This has taken place as the Indo-Pacific region’s growth trajectory has continued to transform it into the center of gravity for 21st century trade, innovation, and connectivity.

First previewed by President Biden last October at the East Asia Summit, IPEF is not a traditional trade agreement. Its scope goes beyond trade by including issues within four pillars: fair and resilient trade; supply chain resiliency; clean energy, decarbonization, and infrastructure; and taxation and anti-corruption.

What’s Next: With a successful launch behind it, the administration now starts the hard work of putting meat on the bones of the four pillars of the initiative. IPEF members will meet over the coming weeks to reach an agreement on the negotiating agenda and parameters for each pillar, with a ministerial meeting expected this summer to launch the actual negotiations. This will be challenging because the 12 countries signing on to IPEF have different views on specifics, level of ambition, and whether this initiative should be solely focused on cooperative efforts or should contain binding provisions as well. They will also face domestic pressure to show tangible benefits that IPEF will bring to their own citizens.

The administration has set a 12 to 18-month timeframe for IPEF to produce results, taking them to the Asia-Pacific Economic Cooperation November 2023 Leaders meeting which the United States will host. Washington has also not ruled out the possibility of “early harvest” agreements to help build momentum.