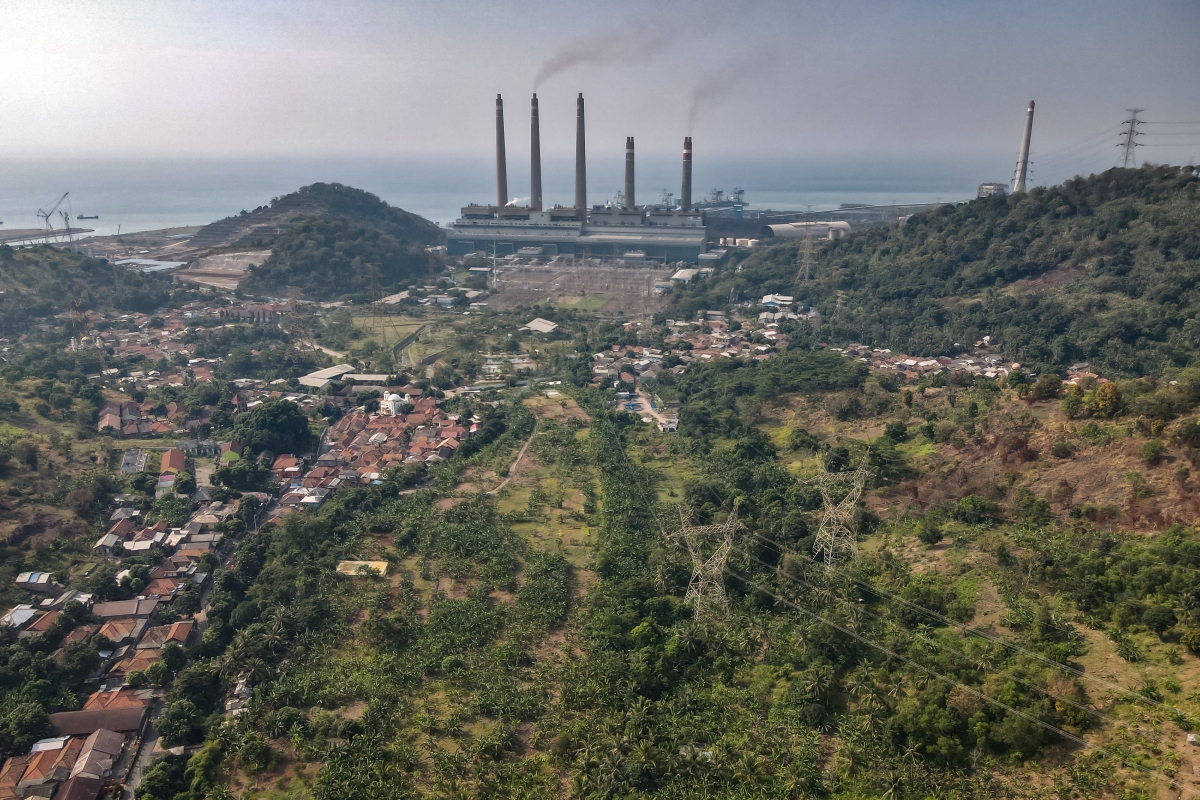 At the G20 Summit in London in 2009, Indonesia made a voluntary commitment to reduce its greenhouse gas (GHG) emissions by 2020 which it later inscribed under the Copenhagen Accord — agreeing to cut them 26% against the business-as-usual (BAU) trajectory through its own efforts, and 41% if it received sufficient international financial support. Indonesia’s move was seen as ambitious at the time, especially for a developing country. Following its 2009 announcement, Indonesia enacted key legal and policy instruments including its National Action Plan on Greenhouse Gas (GHG) Emissions Reduction and a mechanism to coordinate its GHG inventory.

Indonesia’s highest emitting sector, forestry, has long been of top concern for the country’s overall emissions reduction. As the host of the UN’s COP13 Climate Change Conference in 2007, Indonesia helped push through the Reducing Emissions from Deforestation and Degradation (REDD+) mechanism that provides a framework for sustainable forest management by generating large-scale financing for conservation. Indonesia was among the first countries to join REDD+ and has since rolled out a series of policies and laws to implement it domestically, including its REDD+ National Strategy in 2012.

To tackle emissions from its second-highest emitting sector, energy, Indonesia released its National Energy Policy in 2006. This policy’s so-called optimal energy mix only targeted for renewables to exceed at least 5% by 2025. It was in 2014 that the Indonesian government updated its National Energy Policy to target at least 23% renewables in its total energy mix by 2025.

After the Paris Agreement was adopted in 2015, Indonesia updated its pledge to focus on a 2030 emissions reduction target of 29% reductions below BAU and 41% reductions with international support. It officially submitted these targets to the UN’s climate change body in its first official Nationally Determined Contribution (NDC) in 2016.

In the lead-up to the recent COP26 Climate Conference in Glasgow in November 2021, Indonesia updated its NDC under the Paris Agreement’s ‘ratchet’ mechanism which prompts countries to recommunicate their commitments on a five-year cycle. It did not change its 2030 targets for GHG emissions reduction nor the 2025 and 2050 targets for its primary energy supply mix, which represents the net amount of energy sources a country has at its disposal. However, the country did add a 2030 forestry sector commitment on peat lands restoration and rehabilitation of degraded land. It also enhanced ambition on adaptation and improved alignment with key national strategies.

Indonesia also formalized a goal to reach net zero emissions by 2060 when it submitted its Long-term Strategy (LTS) in July 2021. The LTS also indicates for the first time that Indonesia will peak its national GHG emissions in 2030, with the forest and land use sectors becoming net emissions sinks as opposed to their historical role as sources. An earlier version of Indonesia’s LTS released in March 2021 targeted net zero by 2070, but Indonesia increased its ambition to aim for 2060 or sooner following pressure from other countries and activists.

At COP26, the country signed onto key voluntary pledges on phasing out coal power, ending deforestation, and reducing methane emissions. Indonesia continues to make a play for financing by expressing that it will need financial support from international actors to achieve these and other commitments. 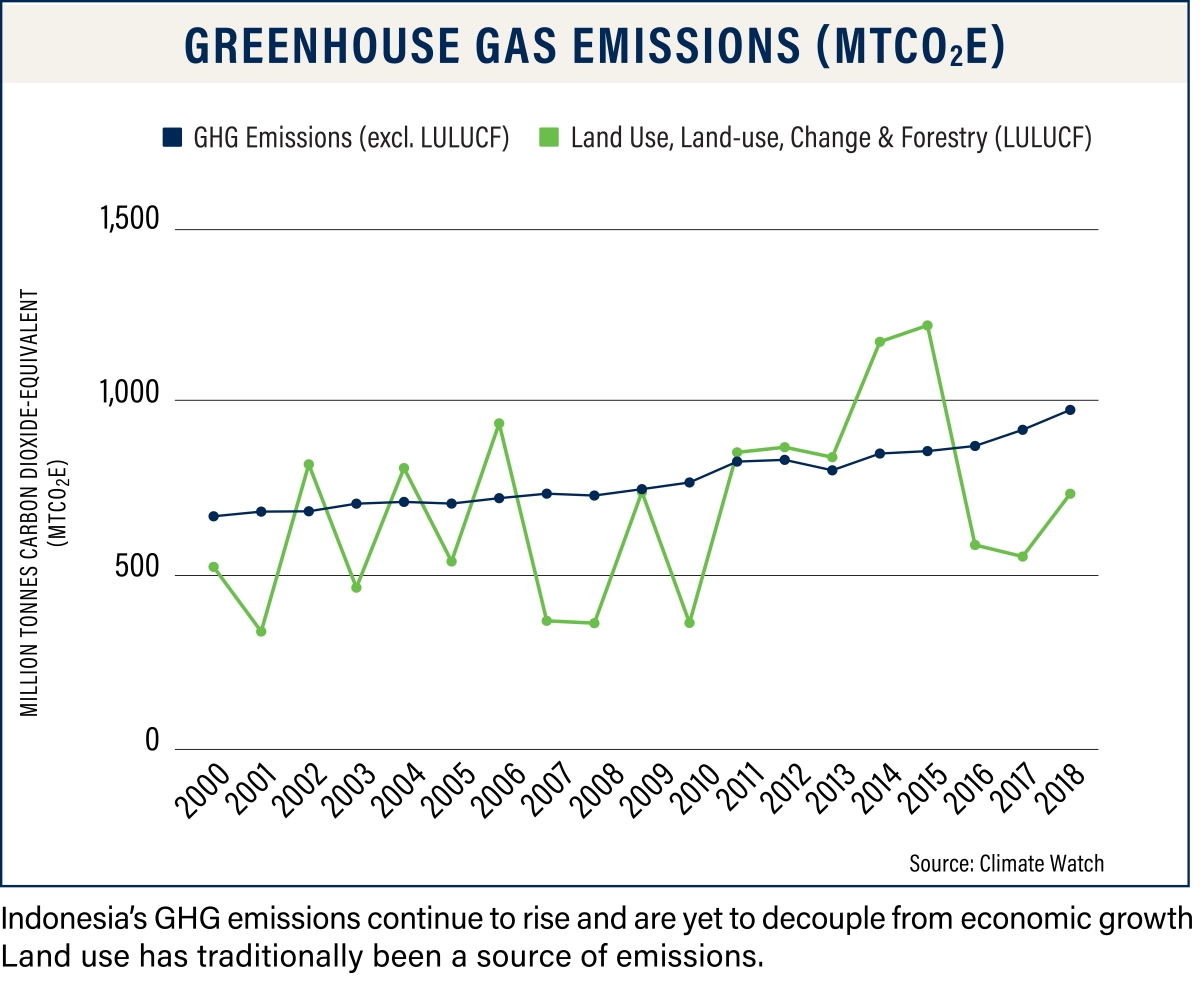 Indonesia’s announcement of a net zero target was a major step forward for aligning with the vision of the Paris Agreement, with the target’s shift forward from 2070 to 2060 reflecting the government’s openness to increasing ambition. However, the plan still lacks key details, and contradictions must be worked out. For instance, Indonesia has publicly expressed that it will stop using coal, oil and gas by 2060, yet its submitted strategy still shows fossil fuels remaining a majority of Indonesia’s energy mix in 2050.

Coal is still an open question in the country’s energy mix. Indonesia surprised and pleased observers by signing on to all but one component of the UK-led Global Coal to Clean Power Transition Statement at COP26, including the provision for coal phase out. While the country stopped short of committing to no new coal, the CEO of its state-owned utility PT Perusahaan Listrik Negara (PLN) had said earlier in 2021 that Indonesia would stop building new coal-fired power plants after 2023. Indonesia has said it will shut down around a quarter (9.2 GW) of its operating coal capacity by 2030 and is open to phasing out coal in the 2040s with adequate international support, which could enable the country to move toward net zero emissions much faster than currently planned. How to effectively and equitably phase out coal domestically will be one of Indonesia’s biggest priorities going forward.

A related area for Indonesia to reconcile is how to build up its renewables pipeline to meet its committed targets. Although Indonesia’s commitment to increasing renewable energy capacity has increased significantly over the past 10 years, renewable energy only accounted for 11.5% of the country’s total energy mix at the end of 2020, falling short of government’s 13% target for 2020 en route to achieving its goal of 23% renewables by 2025. Actual policy still favors fossil fuels, with little transparency on bidding for renewable energy projects, unfavorable risk allocation, and no clear roadmap for how renewables capacity will be expanded to meet Indonesia’s NDC target. Wind and solar projects thus continue to lag behind despite ample resources. 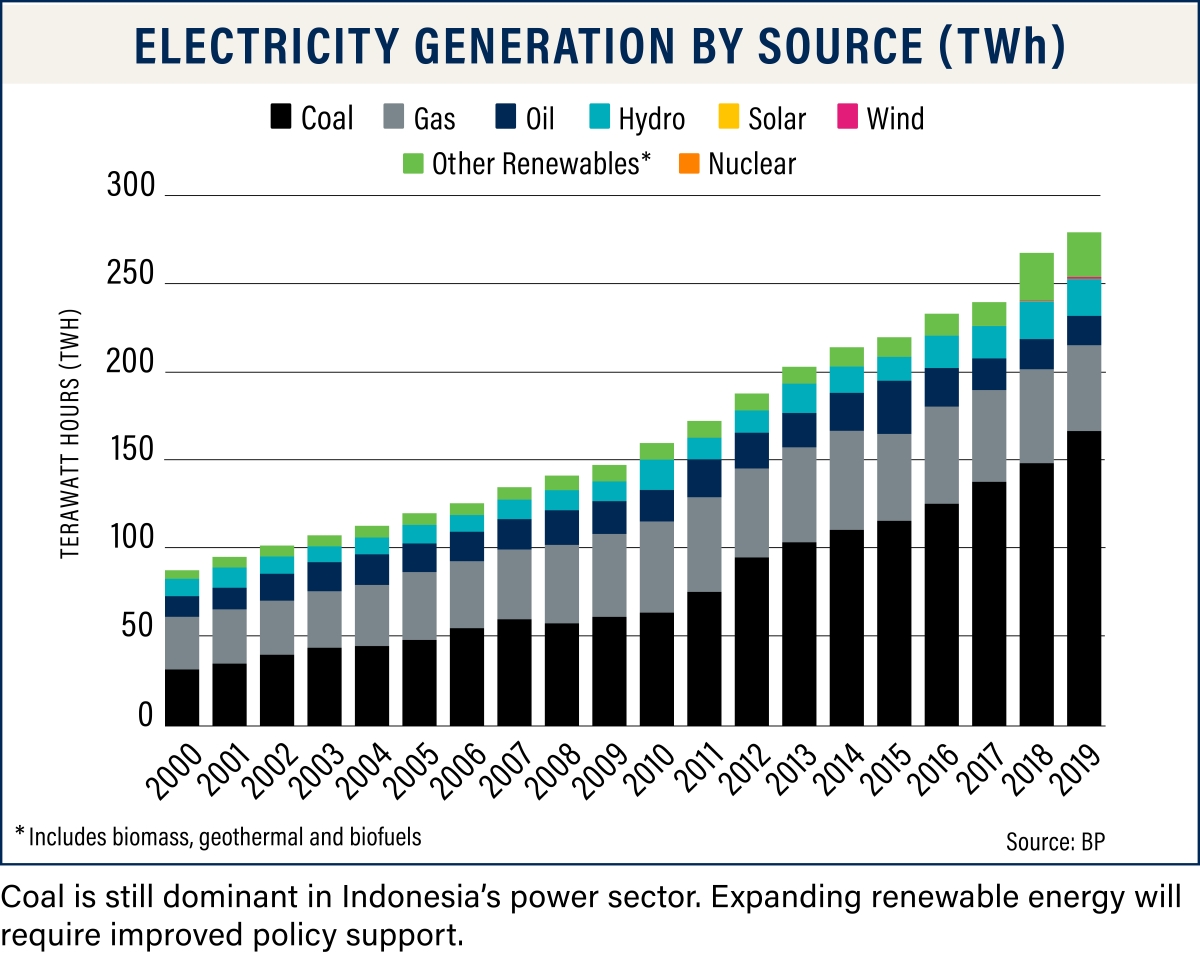 In a welcome step, Indonesia signed onto a COP26 initiative to end deforestation by 2030. However, follow-on comments by its environment minister backtracked on this to say that Indonesia had pledged to move toward “sustainable forest management” rather than a complete halt on deforestation, reflecting Indonesia’s need to reconcile its economic dependence on palm oil exports with its climate policy. Despite criticisms of REDD+ and its actual effectiveness, Indonesia will continue to rely on the mechanism to reach its targets in the land-use sector. The country currently has over 40 REDD+ projects at different stages of development and is expected to broaden its cooperation with foreign nations in the coming years.

One important opportunity arises with Indonesia’s assumption of the G20 Presidency starting late last year. Indonesia has already begun leveraging its chosen “Recover Together, Recover Stronger” theme to call on developed countries to support developing countries like itself with finance and technology. With sustainable energy transition as one of three G20 priorities, watch for Indonesia to speed up efforts this year in the energy transition dimension. South Africa’s $8.5 billion Just Energy Transition Partnership announced at COP26 could be a model for Indonesia to reference in fulfilling its own energy transition finance needs, as well as those of other countries facing similar power sector decarbonization and economic diversification challenges.

With the Glasgow Climate Pact calling on countries to revisit and strengthen their 2030 emissions targets and communicate their long-term strategies by the end of 2022, Indonesia could use the G20 stage to increase the ambition of its NDC and/or its net zero target, especially if financial support is secured before or at the summit in October 2022. Another possibility is committing to “no new coal” given that Indonesia did not make such a commitment at COP26. Especially if it makes a big move itself, Indonesia could also leverage its presidency to elicit more ambitious climate action from some of the world’s largest economies and emitters.

Watch for Indonesia to continue rolling out and refining policy mechanisms to support the implementation of its targets. Already Indonesia has initiated a trial carbon trading system for coal power in 2021 that is planned to become a mandatory emissions trading scheme by 2025, as well as an additional carbon tax on coal-fired power due to start in April. The government has also expressed that REDD+ projects will continue to be a focus for promoting sustainable forest management, but has shifted its focus under the initiative toward results-based payments.

For coal, Indonesia still lacks a coal transition roadmap, which will be essential to ensure a just energy transition as well as reliable and affordable energy access in a country where 86% of electricity still comes from coal. Coal buyout schemes like the Asia Development Bank’s Energy Transition Mechanism could facilitate the cancellation of new coal plants that are still in the pipeline.

A key challenge may stem from the conflict between industry interests and government directives to decarbonize. Indonesia is the world’s largest coal exporter alongside Australia. While miners are currently required to sell a portion of their coal domestically to ensure supplies, recently miners have been reluctant to accept the Indonesian government’s artificially low price when they can earn greater profits abroad. This led the government to temporarily institute an export ban in early 2022. In the long run, however, decreasing coal sales due to net zero pledges in key export markets may lead miners to push for excess coal to be burned domestically. Facilitating a just transition for coal miners and ensuring alternative sources of economic growth in coal-dependent regions will thus be crucial for unlocking the energy transition.

On the clean energy side, much more work is needed in order to fully achieve the country’s climate goals and enable a rapid energy transition. Indonesia has ample renewable energy resources, but a stable and transparent regulatory framework is still missing. Indonesia partnered with the International Renewable Energy Agency (IRENA) at COP26 to identify key policy actions, technology solutions, and industrial development programs. With the support of this partnership, Indonesia will likely look to initiatives like the Climate Investment Platform to de-risk renewables investments.