Asia Has Moved on After U.S. Withdrawal From TPP | Asia Society Skip to main content

Asia Has Moved on After U.S. Withdrawal From TPP 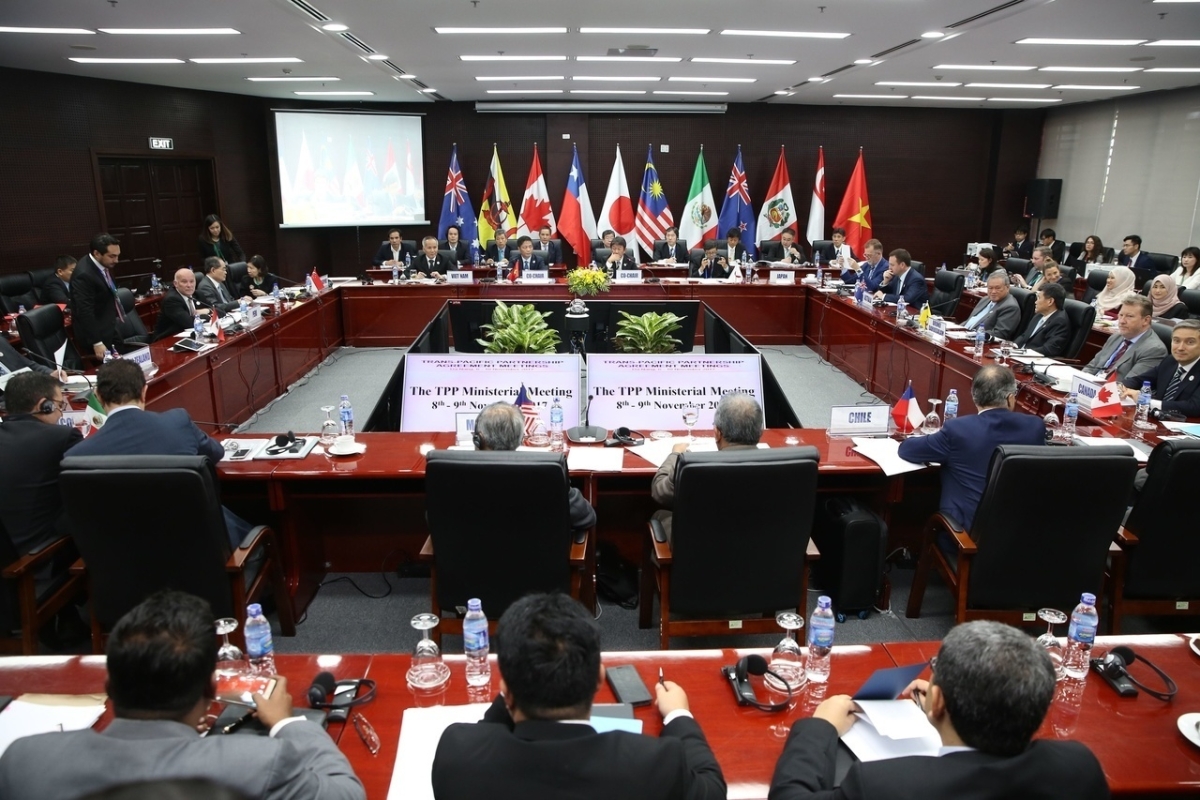 Trade ministers and delegates from the remaining members of the Trans Pacific Partnership (TPP) attend the TPP Ministerial Meeting ahead of the Asia-Pacific Economic Cooperation leaders summit in the central Vietnamese city of Danang on November 9, 2017. (Na Son Nguyen/AFP/Getty Images)

The below is a post by Asia Society Policy Institute Vice President Wendy Cutler that was originally published by Axios on January 23, 2017.

One year after the United States pulled out of the Trans-Pacific Partnership, it’s clear Asia-Pacific nations have not been waiting around for the Trump administration to change its mind.

Just today, the 11 remaining TPP countries announced that they have reached a deal, which could be signed as early as March, without the U.S. A number of other regional and bilateral trade negotiations were concluded in 2017, including a landmark agreement between Japan and the EU. Several others were launched, with Australia, Canada, New Zealand and Singapore each starting talks with the four Latin American countries of the Pacific Alliance.

As other countries negotiate greater market access, American companies are being left behind. Under the Japan-Europe agreement, for example, Japanese tariffs on European beef will be lowered from 38.5% to 9% over 15 years. That makes it harder and harder for U.S. beef exporters, who remain stuck with the 38.5% tariff, to compete. Multiply that impact across other products and trading partners.

The administration has made clear its preference for bilateral deals over larger regional deals like TPP. Yet other countries have not lined up to negotiate with the U.S.  Why? They’re waiting to see how the U.S. renegotiations of NAFTA and the U.S.-Korea trade agreement play out.

What's next: Successful conclusions to NAFTA and KORUS deals may entice other countries to the negotiating table, helping place American exporters and their workers on equal footing with their global competitors. But if these renegotiations fail, other countries will continue to bypass the U.S., leading to mounting losses.