Are Minilaterals the New Multilateral in the Indo-Pacific? | Asia Society Skip to main content

Are Minilaterals the New Multilateral in the Indo-Pacific? 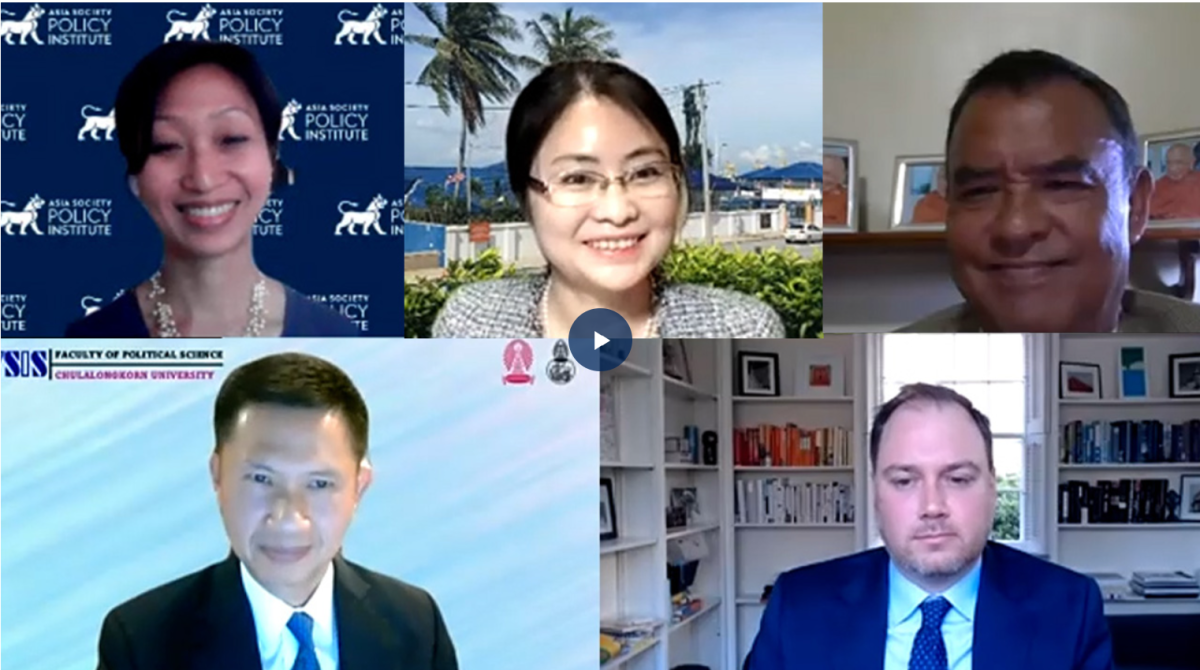 WASHINGTON, D.C. — The complexity of challenges in the Indo-Pacific region, including U.S.-China tensions, territorial disputes, and the Myanmar crisis, has resulted in a paradox of multilateralism. While these developments have underscored the importance of cooperation, they have also tested inter-governmental frameworks such as the Association of Southeast Asian Nations (ASEAN). The revival of the Quadrilateral Security Dialogue (“Quad”), creation of the Australia-United Kingdom-United States (AUKUS) arrangement, and renewed criticisms of ASEAN’s efficacy in political and security affairs raise the question of whether minilateralism — arrangements of smaller groupings of willing, able, or like-minded countries — may be the more practical approach for managing developments and preserving a rules-based order in the Indo-Pacific.

On March 29, 2022, the Asia Society Policy Institute (ASPI) convened a public, virtual roundtable titled “Is Minilateralism the Future of the Indo-Pacific?” to discuss the future of minilateralism in the Indo-Pacific and its implications for a rules-based regional order. The roundtable aimed to assess the regional appetite for, and constraints of, minilateral arrangements aimed at managing or resolving otherwise intractable security challenges. Panelists discussed and identified particular areas of policy convergence suitable for targeted, practical minilateral cooperation among Quad countries and ASEAN. The event featured:

Prior to the start of the discussion, a series of questions was posed to the audience in the form of a Zoom poll. The questions and responses were as follows:

Throughout the discussion, the panelists touched on multiple reasons that could explain the increasing ineffectiveness of multilateralism, and the subsequent rise in minilateral arrangements to serve national interests and achieve outcomes that multilateralism could not achieve.

Pou Sothirak expressed that multilateralism was “losing its potency” as it was deemed no longer sustainable and reliable when the previous U.S. President Donald Trump rejected the multilateral rules-based order, which had been a cornerstone of American policy and hegemony. Other challenges to multilateralism include a difference in ideas around the world about how to revitalize multilateralism and how certain existing multilateral mechanisms, such as the UN, are nothing more than a “stockpile of vested interests of big powers.” The emergence of a multipolar, fractured world order can also explain the shift away from multilateralism to minilateralism. These sentiments were echoed by other panelists.

Thitinan Pongsudhirak pointed out that minilateralism is not a new phenomenon and that there have been groupings previously based on geography, which did not include external partners. Now, there are two emerging trends in minilateral arrangements: (1) they are no longer based on geography, and (2) they have a heavy focus on security interests.

The utility of existing minilateral arrangements in the Indo-Pacific, such as the Quad and AUKUS, was discussed by the panel.

The Quad has key strategic interests and concerns that converge, allowing it to cooperate on a wide range of issues, including non-traditional security concerns such as the pandemic, climate crisis, and emerging technology. However, the national interests of the four Quad countries still see divergence on certain issues such as the perception of threat from China and more recently, the Russian invasion of Ukraine. Despite the divergence of interests, the Quad remains “important to these countries.” Mie Oba highlighted how it was the only existing framework for the four countries to share and coordinate security concerns and considerations regarding the region, especially with India.

The Quad’s ambiguity on its stance towards China, which results from its diversity of national interests and considerations, might help it to appeal to and strengthen cooperation with ASEAN. This is because there are also diverging views in ASEAN about how tough its stance on China should be.

On the other hand, the potential and nature of cooperation within AUKUS is less clear. Brian Harding commented that the three countries involved are still in the process of “figuring out what AUKUS is” and can do. Nonetheless, the Quad and AUKUS are complementary in nature and there lies a huge potential for cooperation and engagement between the two groupings.

Risks Posed by Minilateralism to ASEAN and Regionalism

The exclusionary nature of minilateralism has the potential to undermine the legitimacy of multilateral platforms such as ASEAN. This is especially so as ASEAN’s core values of centrality and unity are in direct contradiction with exclusivity.

Pongsudhirak believed that great power competition is driving the rising trend of minilateralism, and that it has gained traction due to the ineffectiveness of existing multilateral platforms. He stated that ASEAN is weak and now at its lowest point of cooperation due to many issues: the South China Sea dispute and the Myanmar crisis being the most prominent. Growing minilateralism in the region is a reflection of the inability of ASEAN to strengthen its centrality and cohesiveness when engaging external powers, entrapping the regional bloc into pressures to choose sides.

Furthermore, there are many competing minilateralism groups led by different great powers. The lingering concerns that minilateral partnerships are designed to serve large power interests and not individual state interests in the region are understandably prevalent. Sothirak stated that such minilateral arrangements make states feel very “uncomfortable” — they do not want to choose sides but find it difficult remaining neutral.

In general, the panelists concurred that minilateralism and its exclusionary nature posed a threat to the notion of regionalism and ASEAN’s core values of centrality and unity. However, their views diverged on what should be done about this. Pongsudhirak advocated for ASEAN to rethink its mechanisms and modality in order to be an effective platform for the region. The “ASEAN Way” and its focus on consensus is no longer effective as countries are picking sides and choosing to act in line with their national interests. This is resulting in ASEAN’s division and paralysis in recent times. Hence, ASEAN “would need to bite the bullet” and rethink its multilateral arrangements. Pongsudhirak suggested that ASEAN could consider returning to its original grouping of the five founding countries, and include others whenever the issue is of relevance to them, which is essentially an ‘ASEAN + X’ grouping. However, he also acknowledged that such arrangements may cause ASEAN to be further diluted, especially if there are multiple different groupings for different issues.

On the other hand, Sothirak still believed that despite ASEAN’s shortcomings, multilateralism is and should be the way forward. ASEAN can ensure this by focusing on common values and interests.