Brian Harding and Lindsey Ford in War on the Rocks 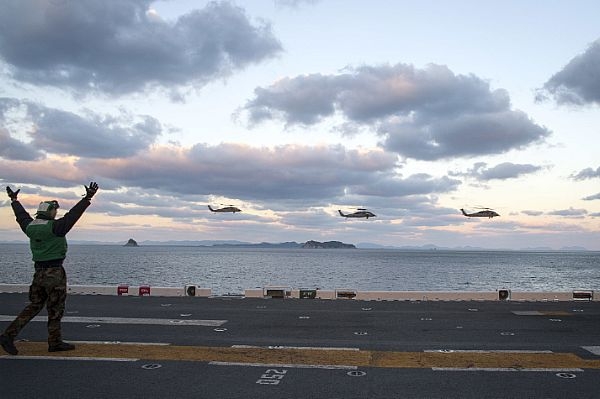 In an article for War on the Rocks, Brian Harding and ASPI's Lindsey Ford explain how the new U.S. Administration can reassure Asian partners that the United States will remain engaged militarily as a Pacific power for years to come. This is an excerpt from the article.

During the presidential campaign Donald Trump provided a succinct assessment of his approach to U.S. alliances: “You always have to be prepared to walk.” Asian allies, long accustomed to strong bipartisan support, were stunned. While President Trump’s successful summit with Japanese Prime Minister Shinzo Abe helped ease regional anxieties to an extent, Asian allies and partners nonetheless remain concerned about the degree of uncertainty surrounding Trump’s foreign policy. Between argumentative phone calls and a flurry of executive orders, Trump has made clear that he’s willing to throw out the rule book in pursuit of an “America First” approach. U.S. partners, in turn, are openly questioning whether Asia still has a place in Washington’s vision of this brave new world, or whether the new administration may simply toss out the pivot to Asia much like it did the Trans-Pacific Partnership.