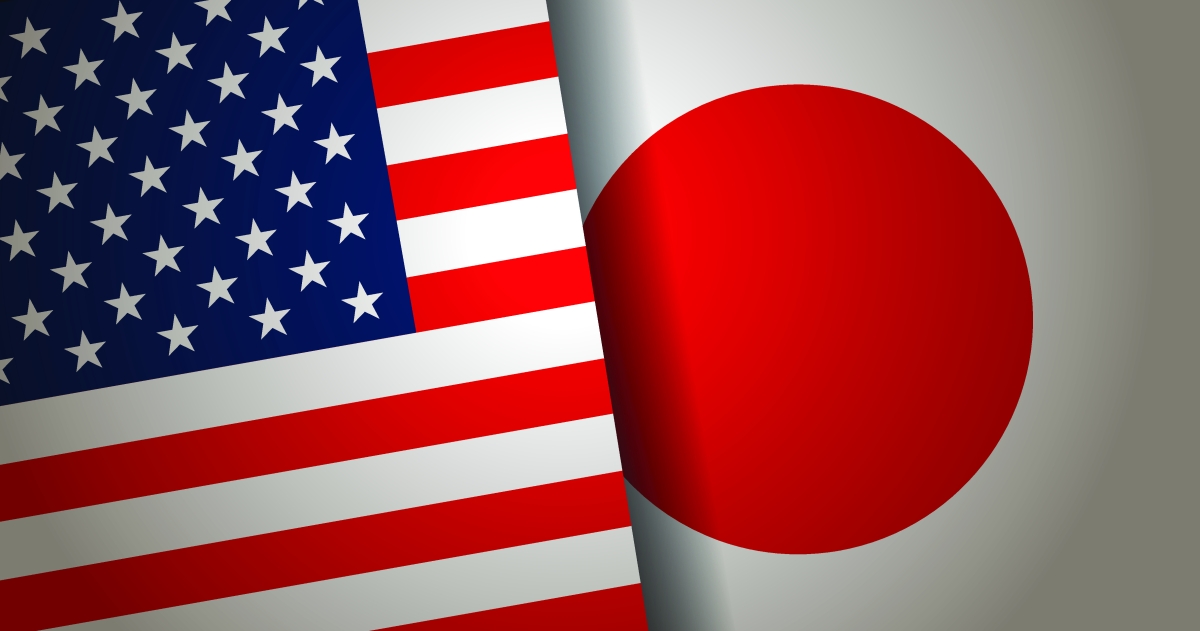 With the generous support of the Japanese Ministry of Foreign Affairs (MOFA), ASPI held "Building Trade Ties with Japan's Emerging Leaders Program" over a two-month period, from January 11th – February 17th 2022, in the form of six interactive virtual webinars. These included meetings and conversations with the U.S. Ambassador to Japan Rahm Emanuel as well as various inspiring current and former U.S. officials, trade experts, and female leaders in finance, the media and tech sectors.

Through these sessions, the participants were able to further develop their negotiation skills, deepen their understanding of different types of trade frameworks, learn about the complex dynamics between stakeholders and build networks with other female trade professionals. Participants were also able to benefit from mentorship and advice from female leaders on developing leadership skills, advancing in the workplace and how to more effectively manage work-life balance challenges.

In the first session, Emerging Female Leaders (EFL) discussed program objectives and expectations, and were given a preview of the upcoming sessions. The participants from this year’s virtual EFL program included 12 impressive women from the Japanese Ministry of Foreign Affairs. The women were also welcomed by two guest speakers, Steve Lang, Minister-Counselor for Economic Affairs, U.S. Embassy Tokyo, and Hikariko Ono, Press Secretary/Director-General for Press and Public Diplomacy, Japan’s Ministry of Foreign Affairs.

Steve Lang provided opening remarks, touching on the importance of encouraging more women to take part in developing trade policy and engaging in economic diplomacy. He also shared how the State Department and U.S. Embassy in Tokyo are placing special emphasis on increasing diversity in the workplace and fully support Japan’s own efforts to empower women. Furthermore, Mr. Lang lauded the Emerging Leaders Program as an important initiative and shared his hopes that participants can contribute meaningfully to Japan’s future economic and diplomatic success.

Director-General Ono also shared her views on how female officials with a deep understanding of trade and negotiation skills can play a vital role in shaping Japan’s trade policy. In her view, this is particularly important in Japan where the ratio of women in leadership positions remains comparatively low. Additionally, DG Ono shared key advice to the group for how to advance in the workplace including being ambitious, developing professional and personal networks, and staying optimistic and resilient despite challenges.

In the second session, Wendy Cutler, who has nearly three decades of experience as a negotiator in the Office of the U.S. Trade Representative (USTR), provided the women with an overview of the nuts and bolts of trade negotiations. The session covered key topics including the different types of trade negotiations and skills and attributes of effective negotiators.

During this session, Ms. Cutler also shared her own experiences working on a range of bilateral, regional, and multilateral negotiations, including the Trans-Pacific Partnership and bilateral negotiations with Japan on such issues as telecommunications, autos, and semiconductors. Participants were also able to discuss these topics amongst themselves in smaller groups based on their own personal and professional experiences negotiating and presented their thoughts and findings to the group.

January 26th – Working with the Private Sector, Including Tech & Trade

All four speakers emphasized the importance of establishing effective communication with industry partners, educating trade associations, and engaging in advisory groups and other informal meetings to provide input. Whether working in or with the private sector, the speakers agreed on the importance of understanding issues from different stakeholders’ perspectives, developing relationships, and understanding where overlaps of interest may exist. According to the speakers, consulting with a wide range of stakeholders is becoming increasingly important, particularly given the emphasis on a worker-centric trade policy.

February 2nd – Working with Congress, Interagency and Role of Embassies

In the fourth session, the group developed their understanding of the trade policy process in the United States and learned about the role of Congress, interagency, and embassies. The group was first joined by Elissa Alben, Vice President, Global Trade Policy and International Government Affairs and Hun Quach, Senior Director for Government Relations at UnderArmour, who emphasized the importance of working closely with Congress and other legislators to understand their interests, as well as the concerns of businesses and civil society groups. Both also shared their earlier career experiences in working in the Senate.

In the second half of the session, Katherine Monahan, Director of the Office of Japanese Affairs at the U.S. Department of State, spoke to the group about the role of interagency process and embassies in U.S. trade policy. Ms. Monahan shared the importance of establishing relationships and building trust across government agencies in order to be better informed when negotiating trade agreements. In her view, the State Department can also play an important role in working with negotiators to educate them on the politics in the negotiating partner’s country, as well as pressures that counterparts may be experiencing around domestic issues.

In the fifth webinar, the group was first joined by two prominent female speakers on overcoming barriers in the workplace and advancing professionally while managing a sustainable work-life balance. Mitsuru Claire Chino, President and CEO of ITOCHU International Inc. and Takako Hikotani, Senior Fellow at Asia Society Japan shared their own experiences of advancing in the workplace and lessons learned. Both speakers emphasized the importance of taking risks, developing professional networks, finding mentors and advocates both within and outside an organization, and embracing diversity as an asset.

In the second half of the session, the group learned about the critical role media plays in the development of trade policy. Trevor Kincaid, Former Deputy Assistant U.S. Trade Representative (USTR) for Public & Media Affairs and Jenny Leonard, White House Reporter at Bloomberg News, explained how the media can keep the public interested and engaged as well as play a pivotal role in advancing negotiations toward a desired outcome. Both speakers encouraged developing relationships with the press early on in the negotiating process and providing clear and consistent information to the press in order for them to understand the nuances of key trade issues.

For the final session, the participants were also joined by two guest speakers, Rahm Emanuel, U.S. Ambassador to Japan and Keiichi Ono, Director-General of the Economic Affairs Bureau at the Ministry of Foreign Affairs.

Ambassador Emanuel provided opening remarks, where he offered advice and insights on reaching a win-win outcome in negotiations. He emphasized the importance of listening to what counterparts need and abiding by key principles, including establishing trust and respect, staying true to one’s words, and picking battles carefully when negotiating. Director-General Ono shared his views on how the program aligns directly with the Biden-Harris administration’s policy priority agenda on inclusiveness and how women’s empowerment remains a key issue for the Japanese government. Mr. Ono shared his hopes that participants of the program could play key roles as “alliance managers” in trade and economic negotiations between Japan and the U.S.

Ms. Cutler also closed the session with an additional overview of nuts and bolts of trade negotiation. Topics covered included the different stages of negotiations from the pre-negotiations phase to selling the final deal to domestic audiences, attributes to avoid in trade negotiations, and future challenges and opportunities in the field of trade.