The 19 Percent: The Social Consequences of China’s Youth Unemployment Rate 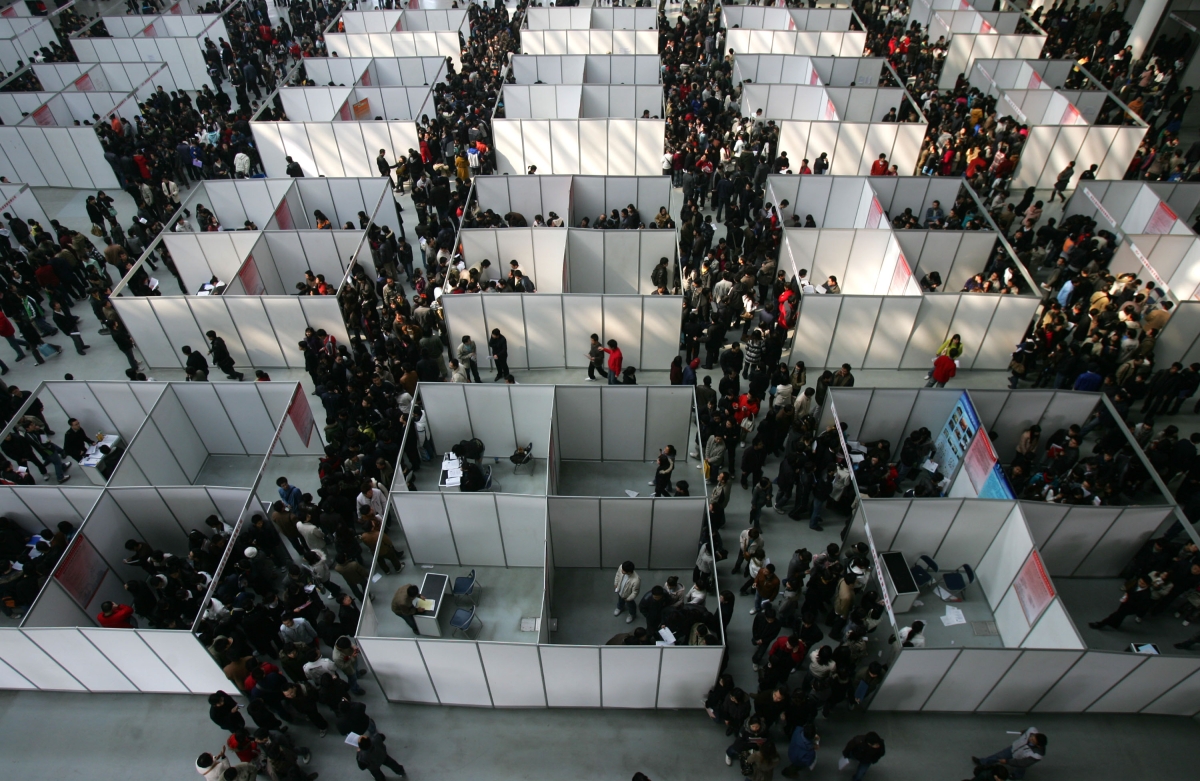 China’s urban youth unemployment rate has spiked to 19.3%. As early as December, the Ministry of Education was putting out warnings that this summer would be particularly harsh for young people. This year, 10.76 million students will graduate from Chinese institutes of higher learning. This is the highest number ever, representing an increase of 1.67 million from the year prior. This is on top of the fact that an estimated one million young Chinese may have returned from abroad during the pandemic, adding to pressure on the labor market.

Beyond a glut of graduates affecting the supply of available labor, the demand-side has been hit by two systemic shocks.

Of course, a significant impediment to hiring is the government’s continued pursuit of the “dynamic-zero” COVID policy, which looks set to last at least until after the 20th Party Congress, when it is assumed Xi Jinping will maintain his leadership into a third term. His continued public support of the policy and the strong association between his leadership and zero-COVID, leaves little room for maneuvering. But the policy has bruised the economy, with the constant specter of severe lockdowns looming large over the entire country. China’s service sector, a major employer of young people, contracted 6% in April, compared with the previous year. The economy was already slowing prior to the COVID-19 pandemic, but this year it seems doubtful that the government will hit the 5.5% growth target they had initially aimed for.

While pandemic-prevention policies continue to bite, the legacy of a series of government incursions into the private sector from last year is also being felt. In 2021, the government initiated a stark crackdown on big tech, forcing some of the largest companies in China to pay fines in the billions of dollars. The previously booming ed-tech business has been brought to its knees so spectacularly that the largest company in the field, New Oriental, has re-tooled its tutors to sell vegetables and daily essentials on live-streaming platforms. The property market has also faltered, putting downward pressure on employment. Uncertainty over the extent to which the government may reverse some of these policies or whether they will continue to push a conservative line on private enterprise in the future has caused many companies to lower their hiring quotas this year. In some cases, companies have rescinded offers already made to graduates, sparking online controversy.

Underlying these two factors are longer-term structural imbalances in the labor market. In 1998 the economist Tang Ming proposed to the government that university admissions be expanded as a way to ensure stable economic growth into the future. In 1999, university enrollment increased by 47.4% from the year prior, to a total of over 1.5 million students. Continued rapid expansion meant that by 2003 there were already 10 million students enrolled in undergraduate programs. While the rate of increase has slowed in recent years, this expansion has meant that at least five million graduates have entered the job market each year since 2008.

The Chinese economy however has not adapted enough to create sufficient demand for this surplus of knowledge workers, which means that graduate outcomes can be disappointing. In 2018 fresh graduates in Shanghai earned on average 6,024 RMB (around $892 USD) monthly, which was around 200 RMB less than delivery drivers. Both groups earned less than the city’s average monthly salary of 7,132 RMB (around $1,056 USD). This year, those graduates lucky enough to get jobs have had to manage their expectations. Those who have found work are starting on a salary that is 12% less than in 2021.

19.3% is a number with huge consequences. As stated above it is an economic concern that has been exacerbated by years of structural imbalances in the labor market. Policy shifts demonstrate that the government is aware this is a serious issue. The government is creating up to a million internship places in the public sector as a way to try to tide graduates over until they find full employment. The ministries of education, finance, civil affairs, and human resources and social security also issued a joint statement encouraging urban youth to relocate to the countryside. Local governments are encouraged to attract college graduates to work as village officials, and tax breaks and loans are being offered to young people who want to start businesses that will help rural communities.

From a social perspective, we can see that graduates are changing their employment aspirations. The state-owned sector is particularly attractive for graduates, as it is seen as a safer long-term bet than private enterprise. Some 44% of graduates this year have put working for a state-owned enterprise (SOE) as their preferred employment choice, the largest of any sector. Many are also choosing not to enter the workforce at all. This year the postgraduate exam was taken by 4.6 million students, an increase of 21% on the year before. The civil service exam is also massively oversubscribed; this year there were 46 test-takers per vacancy. This uncertainty also contributes to the recent spike in interest in joining the Communist Party; there are over 96.71 million members, as of the end of last year.

This series however argues that beyond the economic, policy, and social ramifications of this number, there is an affective dimension that needs to be considered. China, as one author has poetically put it, is the “land of big numbers.” Behind the number — 19.3% — are millions of broken dreams, altered life courses, and attempts to structure new lives born of different expectations. This series attempts to make sense of this number not just from a macro perspective, but as an embodied experience that is carried by individuals. The ramifications of unemployment at this scale, this series argues, will also be felt on an existential level, as people try to accommodate this reality into their lives.

What urban youth unemployment represents, at the deepest level, is the stark competition that is inherent in Chinese society. Competition permeates all levels of society, and by the time young people enter the labor market, many have already experienced brutal competition to access schooling, do well in their exams, and make it into college. Even those who are accepted to college are not guaranteed a successful future, as evidenced by the graduate unemployment rate. Competition then continues beyond the labor market and seeps into competition for life partners, as young people approach the age of 30 — when social expectations dictate that they should marry. This has significant implications for intimate relationships.

This series will look at the existential ramifications of unemployment across four papers. The first will take in the growing sense of burnout among young people, as expressed in contemporary discourses such as “involution” and “lying flat.” The second paper will explore the rise of psychology as a popular response to burnout and the existential questions that young people have. The third paper looks at anti-natalism as a response to intense competition, as some young people find little time or energy to have children or decide to forgo having them altogether. The final paper considers youth nationalism, as misdirected anger at their circumstances channeled online.

China is often talked about as having an unspoken “bargain” between the Communist Party and the people. The Party creates the conditions for a good life for the people, and the people in exchange stay out of politics. This bargain has been referred to as “eudaemonic legitimacy” by one scholar.1 All systems of government require some form of legitimacy from their people to ensure stable rule. The leadership in China confers its legitimacy not from democratic elections or a mandate from heaven, as in imperial times, but from the tacit support of a people kept content by continued economic growth and prosperity.

Under Deng Xiaoping, the economic reformer who led China after the chaos of the later Mao years, this could be summed up by phrases such as “development is a hard truth.”2 In Xi Jinping’s first speech as leader in 2012, he said that "Our people love life and yearn for better education, stable jobs, more satisfactory income, greater social security, improved medical and health care, more comfortable living conditions, and a better environment… Our people’s desire for a good life is the greatest goal that we strive towards." In recent years Xi has spoken of the need for the party to continue to pursue self-reform (自我革命)  and the power of the Chinese system as grounded in “whole process democracy.”

While these ideological precepts need to be taken seriously on their own terms, they do not amount to a true sense of political agency for average Chinese people. They are bound to a system that governs them from above, and they comply because on balance the system has provided consistent growth for four decades. Now, an assertive and strong China makes its presence felt across the international system, which is a source of pride for many Chinese. But as growth falters and the grand bargain begins to strain, people’s sense of having to compete in ever more punishing ways to achieve a good life for themselves and their families is causing a pervasive sense of anxiety to permeate society.3 Much as the party itself is implored to pursue self-reform to continue to survive, so too do average citizens find themselves having to engage in what the anthropologist Li Zhang has called “inner revolution.”4

This series is dedicated to these projects of self-making. By expressing feelings of burnout or the desire to “lie flat” to escape the incessant cycle of competition, young people are giving voice to a sense that the system is no longer working for them. Implicit in this discourse is the desire for something else, even if that is politically untenable in China’s current governing paradigm. Instead, many choose to change themselves, feeling that there is little they can do to change society. This is part of the reason for the surge in interest in psychotherapy and psychological counseling. Decisions over whether or not to have children are widely debated online in the forums and think pieces of psychological service providers, and represent society-wide anxieties about building families in uncertain times. The decision to pursue non-traditional families, or to foreclose having a family altogether, are freighted by a muscular nationalist discourse promoted at the highest levels of the political system and reproduced online in revitalized official support for traditional families. Demographic concerns, as China ages and the birth rate continues to fall, make millions of young people’s choice to not have children particularly concerning for the government.

For policymakers trying to understand China, it is easy to neglect the affective dimension of social phenomena. It is understandable that the subjective realm of feelings and personal interiority are areas that policymakers try to shy away from. However, to understand what is actually happening on the ground in China from the perspective of young people today, it is worth going beyond the usual frameworks. The hope is that this series will draw through lines across a number of social trends that otherwise might not have seemed so intimately connected. It is a call for empathy, an attempt to understand what is actually happening for millions of young people in China today. 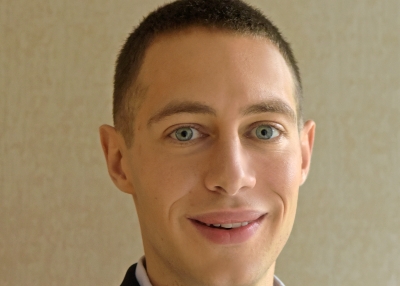