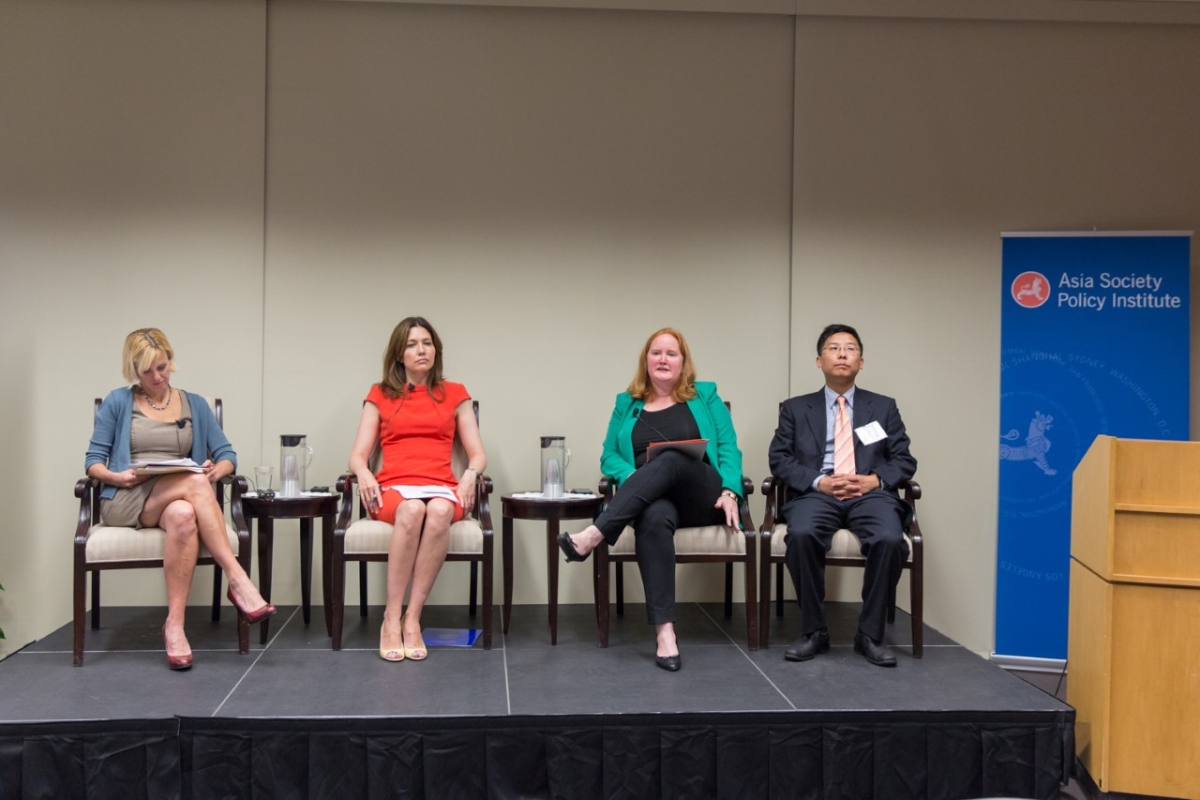 WASHINGTON, D.C. – On July 21, an Asia Society Policy Institute panel delved into one of the less commonly discussed, but principally important, aspects of U.S.-China relations: cultural diplomacy. With opening remarks from Asia Society Policy Institute Vice President Wendy Cutler, discussion centered on the successes of the “High-Level Consultation on People-to-People Exchange” initiative (CPE), the relationship between cultural diplomacy and national level foreign policy, and the contributions of private sector entities such as Airbnb.

Li Xin, Counselor for Science and Technology at the Embassy of the People’s Republic of China, highlighted the growth of the CPE since its inception in 2010 and the fact that is has achieved over 400 concrete deliverables to date. “Together with the strategic dialogue and economic dialogue, the CPE is now one of the three major pillars powering the development of bilateral relations,” stated Li. Over 27 million Americans and Chinese have participated in CPE activities, including student exchanges, cultural performances/exhibitions, think-tank dialogues, and sports activities.

According to Li, the science community has particularly benefited from cultural exchange. The U.S. is now China’s largest partner in coauthoring scientific papers, primarily driven by U.S.-Chinese joint PhD programs, exchange programs for developing scientists, and forums for promoting commercialization of clean energy, health and environment issues, and incubator platforms.

According to Ryan, communicating with local embassies and regional bureaus is key to determining which specific area should be prioritized at any given time. “We [at the Education and Cultural Affairs Bureau] play the long game,” said Ryan, suggesting that momentary political friction takes a back seat to long-term person-to-person engagement in the field of cultural diplomacy. On the link between people-to-people interactions and state-to-state relations, Ryan stated, “We view exchanges as long term investments. Exchange is something foundational that we build upon. We might not be able to see the exact benefits of it for many years, but we know it is there.”

In addition to the successes of government efforts, the spread of the “sharing-economy” has also advanced cultural exchange in unexpected ways. Sarah Bianchi, Head of Global Policy Development and Federal Affairs at Airbnb, reports that Airbnb members worldwide have hosted over 2 million Chinese guests since the company was founded, and that in 2015 Chinese guests increased by 500% as the company began to take root in China. “One of the reasons Chinese travelers enjoy our platform is it gives you a more intimate experience, wherever it is you’re visiting,” said Bianchi. “Our guests find that when you stay in somebody’s home…you really learn about a community and a culture.” What is even more surprising is the degree to which political frictions do not transmit backwards among participants in grassroots exchange. According to Bianchi, when there is political friction between two governments, sometimes hosts view hosting as an opportunity to express their disagreement with a government’s stance.

The panelists’ unique insights into cultural diplomacy suggest the field may deserve more attention than it is traditionally afforded. Asia Society’s Vice President of Global Partnerships and Development Christine Davies, who moderated the event, summarized cultural diplomacy’s importance by quoting former Secretary of State Madeline Albright. “I can't think of any effort in diplomacy or history that worked in the long term without the involvement and support with the grassroots population. They can twist the arms of their leaders much more effectively than you or I can when they want to.”