What We Talk About When We Talk Culture

A Conversation About Why Understanding is so Important Today 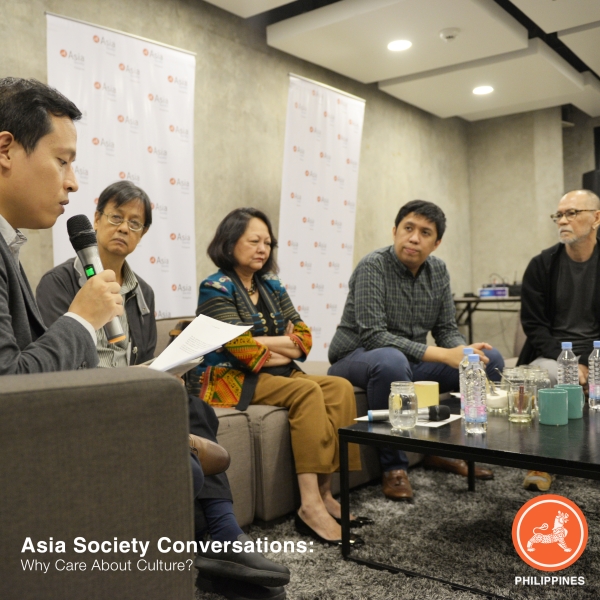 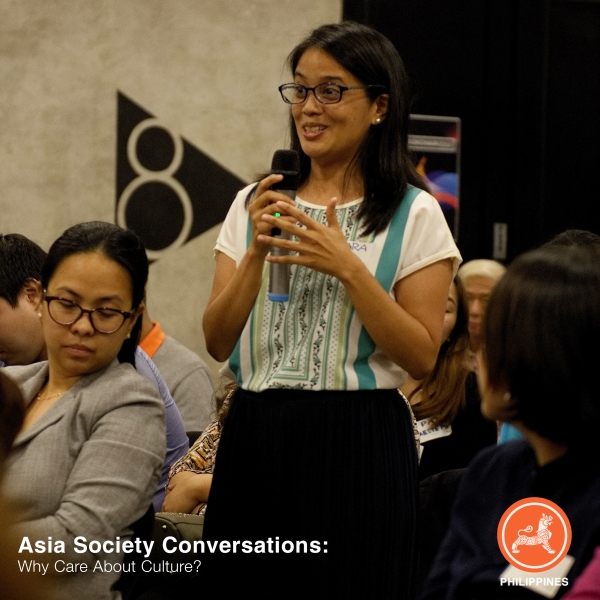 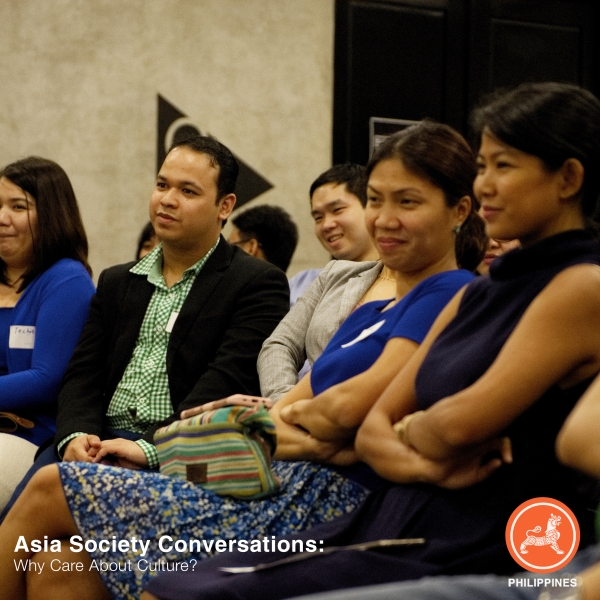 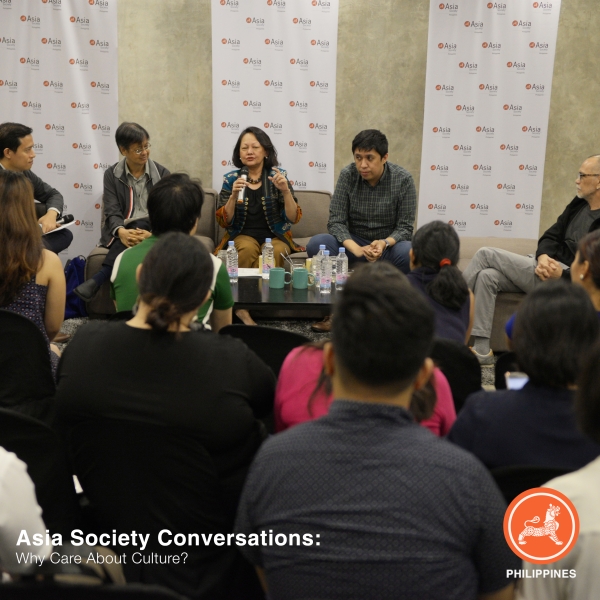 Asia Society Conversations returned on 23 May to ask “Why Care About Culture?” Students, young professionals, and people from various sectors gathered to hear from a diverse group of panelists who each represented a different pillar of Asia Society: Amina Rasul (Policy), Dr. Alfredo Robles (Education), Norberto “Peewee” Roldan (Art), and Lester Estrada (Business).

“Culture is the dynamic description of our similarities and differences (quoted from Dr. Jose “Butch” Dalisay)… It is our hope that you may gain insights tonight that will bring about changes in perspective you can carry in your daily life,” said Suyin Lee, Executive Director of Asia Society Philippines, during her welcome remarks. This set the tone for the rest of the evening, which was a discussion about the relevance of understanding culture in today’s society. The conversation touched on different aspects of culture, such as what defines or affects it, what it is for Filipinos and others in relation to them, and the individual experiences of the panelists dealing with culture in their respective lines of work.

Estrada spoke from the perspective of a businessman. He framed culture as the behaviors and preferences of consumers from different countries. Using the example of commercials to help the audience better understand how he dealt with culture, he noted the nuances between commercials in different countries, having to change the model types and hairstyles for TV ads trying to sell the same product. Estrada also gave views of multiculturalism in the workplace. He talked about having to be more open to critical dialogue with superiors in a multinational corporation like P&G, and how that office culture differed in small ways when we was stationed abroad in Japan and Singapore.

Dr. Robles tackled culture from the point of view of a career educator. Having taught in numerous parts of America, Europe, and Asia left him with many experiences dealing with students and faculties all over the world. His run-ins with culture came in the form of how he was treated in different countries by students as a teacher, and by locals as a Filipino. He talked about the culture of respect for educators in Europe, the comparative lack thereof in America and the Philippines, and how being Filipino somehow made his Latin American colleagues feel like he was a long lost relative, likely attributable to the similar histories of colonialism, he said.

Under the pillar of policy, Rasul gave inputs coming from a profession that deals with negotiating for rights of Muslim Filipinos. Her view of culture was something that needed cooperation to flourish, and constantly emphasized the importance of acceptance when dealing with differences between people. Her perspective was unique among the panelists because she was the only speaker coming from a background working with sub-culture (Islam in the Philippines) compared to the others dealing distinctly in intercultural relations. Given that, she found tools such as cultural adaptation to be problematic saying: “Adapting to other cultures can be good when used to enrich the relationship between two people, but bad when focused on furthering the agenda of only one party like ISIS.”

Representing the art sector, Roldan gave insight from the perspective of art and culture as synonymous concepts, observed from his experience as an art curator who deals with galleries all around Asia. Being an artist that deals with social commentary, he highlighted how young the culture of observing contemporary Filipino art is. “We used to base all our work on Western art, so there was no idea about what the current trends in the Philippines were.” He attributed this to colonialist mentalities and the lack of mediums for local artists to display their work. Roldan also explained how this culture has changed given the advent of the internet and people’s abilities to share what they have made, making it easier to view contemporary Filipino art.

The program was closed by Lee, who said, “I feel that in this conversation we’ve learned that when breaking barriers we end up bridging gaps.” By the end of the evening, people were sharing with each other their own experiences of culture and adjusting to others for the good of the many.

Asia Society Conversations: Why Care About Culture? was co-presented by Asia Society Philippines and Acceler8, sponsored by Pizza Hut and Potato Corner, and supported by San Miguel.