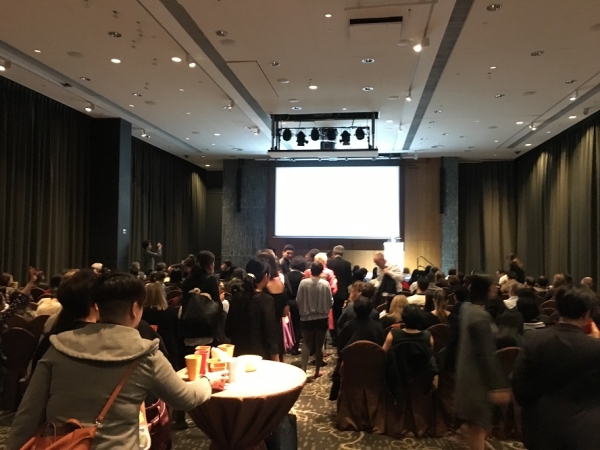 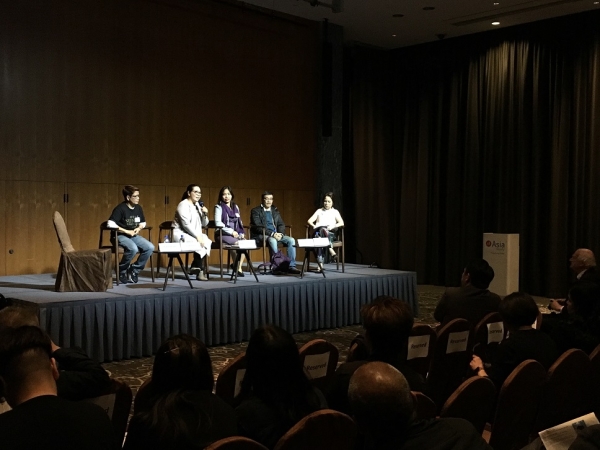 It was a full house on February 8 as SUNDAY BEAUTY QUEEN, an award-winning documentary on Filipina domestic helpers in Hong Kong, made its modest debut at the Asia Society Hong Kong Center on Justice Drive, Admiralty.

The film, which documents the real life stories of five Filipina domestic helpers in Hong Kong who compete in Sunday beauty pageants to win prize money for their fellow Overseas Filipino Workers (OFWs) and families back in the Philippines, had a question-and-answer session that tugged on the audience’s heartstrings, as both the crew and the cast were candid about their experiences while filming and their reactions to the film’s premiere in the country where everything took place. The film’s director, Baby Ruth Villarama, and Hong Kong Producer, Michael Wong, and cast members Leo Selomenio, Rudelie Acosta and Hazel Perdido were present to take questions from the audience immediately after the film.

Villarama, SUNDAY BEAUTY QUEEN director, shared that the film became somewhat a personal project for her, as it was became a means for her to reconnect with her roots—her biological mother was a domestic helper. For the Sunday Beauty Queens (the pet name for the Filipina’s competing in the pageants), the film’s strongest impact lied in the strengthening of the relationships with their family members back in the Philippines. Hazel Perdido, for one, had watched the movie in Manila with her son, who, after seeing the film, checks in on her a lot more often. An emotionally charged Rudelie Acosta, shared that the pageants and the film allowed her to show her family back home that she was doing well in Hong Kong, even in her low moments times when she was feeling homesick.

There were lighthearted moments, as Leo Selomenio happily noted that he is enjoying the celebrity status and the fame that the movie has brought him. On a more serious note, he remarked that thanks to the film, it is now much easier for the crew that mounts the Sunday pageants. A number of corporations and companies have already committed to sponsoring the next pageant, lessening the fundraising burden on Leo, who serves as organizer for these pageants. Leo has been living in Hong Kong as a domestic helper for well over a decade.

The evening ended on a high note, with SUNDAY BEAUTY QUEEN Director Baby Ruth Villarama revealing plans to get the film subtitled in Cantonese, for even wider audiences in Hong Kong to appreciate.

On Saturday, February 11, Hong Kongers were treated to three films: ENTRE MEDIO DEL FIN (Ryanne Murcia), a short film on a couple and their journey to adopt a child, SAKALING HINDI MAKARATING (Ice Idanan), the journey of one woman both physical and emotional across the Philippine islands, and IMBISIBOL (Lawrence Fajardo), a film on the life of overseas Filipino workers and their struggles in Japan. Director Lawrence Fajardo and Producer Krisma Fajardo of IMBISIBOL and Director Ice Idanan and Producer Patrick Ostrea of SAKALING HINDI MAKARATING were also present to take questions from the audience after the screening of their films.

The showcase closed with CURIOSITY, ADVENTURE & LOVE, a documentary on Philippine history during the Second World War, through the eyes of a 105-year old Filipino-American woman.