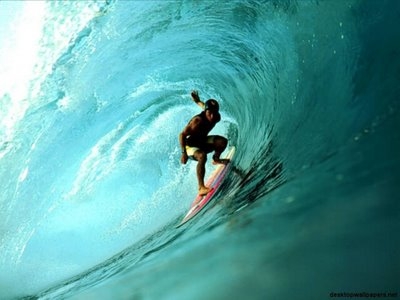 The Philippines, in its entirety, is a beautiful genuine country, blessed with rich natural resources and cool spots rarely seen in other countries. Filipinos have always been very proud of their own because they know that no matter where they go or no matter what the papers tell them, as long as the Pinoy blood creeps through their veins, they would always feel at home in the Philippines. Their smiles reach the ends of their ears when they particularly see recognition from their foreign counterparts.

Being a tropical country, it is obviously common that tourists would want to go the beaches and wonderful scenery that would always involve the ball of heat (aka the sun) which doesn’t really get a lot of love from the countrymen.

Recently, Siargao Island’s Cloud 9 was dubbed as the Top 8 among the World’s Best Surfing Spots by CNNGo, a travel site of CNN International. Siargao Island is known to be the “Surfing Capital of the Philippines” and it indeed maintained its reputation by landing on the top 10 list by CNNGo. The island is located in Surigao del Norte, where it embodies a structure of a beautiful tourist spot from the “beautiful white-sand beaches, naturally-carved tide pools, mangrove forests, coves, caves, and schools of non-stingy jellyfis”  it beholds. Of course, the never-ending hospitality coming in the form of the warm smiles and welcomes of the Filipinos in Siargao will leave foreigners wanting to come back again.

The website expressed that the place is a ”dramatic and powerful reef break, which crashes onto shallow razor sharp coral, offers right and left death rides to those who dare.Those who do will experience a slice of paradise, or magic mushroom-like hallucinations, as the wave wraps over them like a Cornish pasty shaped cocoon of water. Don’t slip, or your skin and bones will be ripped to shreds by the ocean bed.”

Cloud 9 created a venue for beginner and pro surfers to enjoy the thick waves that it had been blessed with and the beautiful experience it would be giving to the locals and foreigners would probably make “Visit Siargao Island and surf through the waves” present in most people’s bucket lists.

Unlike Boracay, Siargao might be a little more behind the lists of the locals and foreigners. Fortunately, Siargao has been known to increase in popularity among the people because of the attention that is given by the national government and now, hopefully, because of CNNGo’s published list, tourism in the small island would boost to a whole new level eventually while preserving its natural beauty. It’s indeed a paradise yet to be seen by the whole world.