Representing Pride: A Call for Solidarity 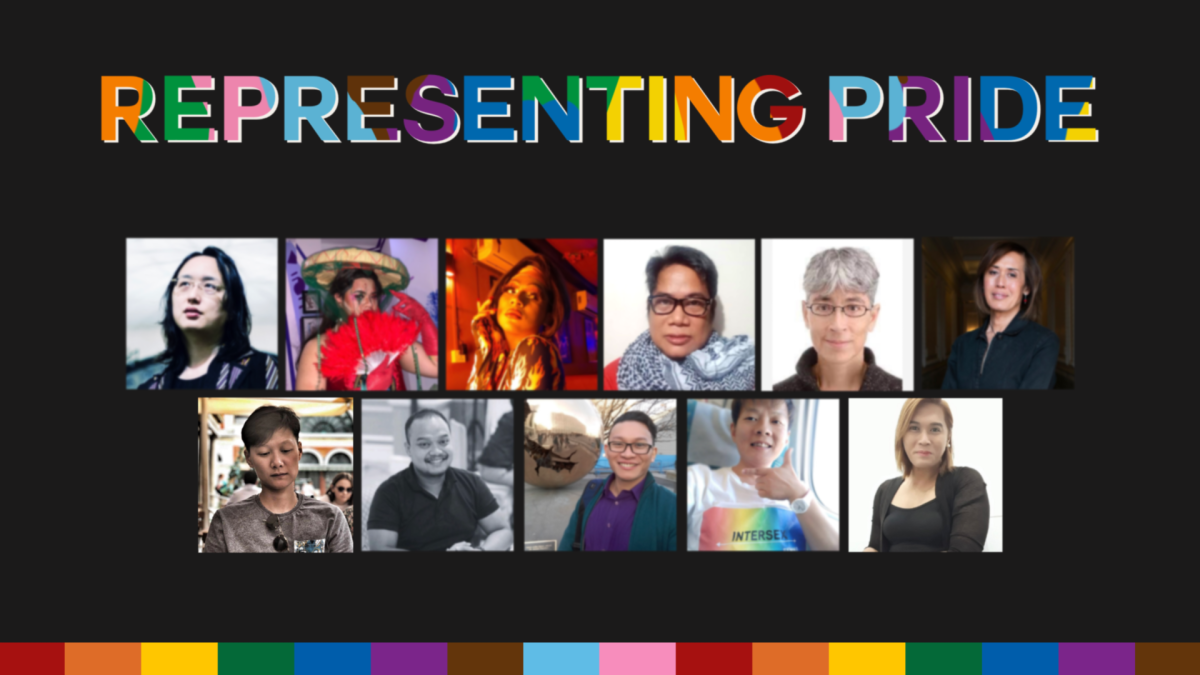 Last June 2021, Asia Society Philippines, in partnership with ASEAN SOGIE Caucus, produced a special video series in celebration of this year’s Pride Month, entitled “Representing Pride.” The video series featured LGBTQIA+ personalities, with each one having a special message from Taiwan’s Digital Minister, Audrey Tang. The series seeks to advance the discussion on why representation and visibility of the LGBTQIA+ community matters. As Minister Tang said, “Biology should not determine one’s destiny.”

As a whole, the LGBTQIA+ community’s message is simple: They are humans too. They want to be heard and seen, and be allowed to live their lives being true to who they really are. This is their call for solidarity across ages. Leigh Capule left this message for people of all generations: “Being genuinely happy about someone’s position to live his/her authentic self doesn’t cost anyone anything. Always choose to love, respect, and understand other people’s choices, even if they’re not aligned with your beliefs, simply because it is the right thing to do.” While inclusivity and equality are among their shared advocacies to those outside of their community, they also wish to transcend the message of solidarity and support among themselves, especially during the pandemic and all other trying times. In the words of Minister Tang, “Let’s work together towards a shared future for all: A future that celebrates diversity and inclusion for all.”

Watch the episodes below:

Episode 1: in Arts and Culture

From its first episode, released on 11 June 2021, three Southeast Asian personalities from the Arts & Culture sector were featured: Loc “BabeL” Huynh, a drag artist and social activist from Vietnam; Minn “Walkie Talkie” Khant Zin, a freelance make-up artist and drag queen from Myanmar; and Regie Pasion, LGBTQ+ Partylist Chair from the Philippines. Each of them delved into their personal experiences, both positive and negative, and especially relating to the current global situation in line with their industry. BabeL had this to say about her life as part of the LGBTQIA+ community: “My experience has been very colorful, diverse, and knowledgeable. I get to meet a lot of people, study more about queer. Especially, I get to know more about myself. I have endured many discriminations, but I’m still surviving and on my way to learning how to love myself and know more about myself.” On the other hand, Walkie Talkie gave a short answer as to pandemic life in the arts and culture industry in Myanmar: “The LGBT community during this pandemic have faced many difficulties, especially to get Art. It has become worse.” Many aspects of their personal lives were highlighted, and each one was given a chance to communicate their personal sentiments to the entire community. Pasion took the opportunity to say, “I continue to tell our countrymen and our community, ‘Let us not stop. The fight continues.’”

Loc "BabeL" Huynh is a drag artist and activist from Vietnam. She is performing arts as a way to connect Vietnamese queer heritage and political activism.

Minn "Walkie Talkie" Khant is a drag artist and activist who is part of the Rainbow Alliance, an LGBTIQ youth group in Myanmar.

Regie Pasion is the President of the Lesbian, Gay, Bisexual and Transgender - Bahaghari United Securalists (LGBT-BUS) organization of Marikina City.

The second episode of “Representing Pride” released on 18 June 2021, featured two notable figures in Media: Phred Dvorak, Senior Asia Correspondent of Wall Street Journal; and Gina Chua, Executive Editor of Reuters. Dvorak gave a poignant reason as to the importance of the LGBTQIA+ community appearing in the media: “I remember one of the most common things I used to hear in Japan about lesbians and gays was that there weren’t many around. And I think to some extent, that’s what many people still feel because the community isn’t very visible. I used to think that didn’t matter and that it was more comfortable to live under the radar without a lot of overt discrimination, but I’ve come to realize how isolating that can be.” Chua also shared one of her takeaways from transitioning late last year: “Visibility: to be able to let people know that we exist. That we are real, that we are people, and that it is possible to be transgender and to live a full and good life.” They highlighted the importance of exposure and presence in media, as it is one of the most prolific forces in communicating messages, especially pertaining to agendas from communities such as the LGBTQIA+. Making their presence known through visibility is what they believe to be the primary goal of the media in achieving equality for all the members of their community.

Gina Chua is the Executive Editor of Reuters who is responsible for editorial operations, including budgets, safety, security and logistics, among other duties and known as one of the most senior transgender journalists in the country.

Phred Dvorak is a roving senior reporter in Asia at The Wall Street Journal/Dow Jones.

The third and last episode of the series released on 25 June 2021, brought in five leaders in their respective communities and fields: Ryan Korbarri, Chairperson of Arus Pelangi in Indonesia; Ripley Wang, Advocacy Officer of ILGA Asia; Hiker Chiu, Director of Intersex Asia; Leigh Capule, Project Manager at HSBC Philippines; and Ryan Silverio, Regional Director of ASEAN LGBT Caucus. Being members of the LGBTQIA+ community themselves, they shared how having the support of their fellow members have helped them in life as a whole. Korbarri summed it up nicely: “In this hard situation, building solidarity is very, very important. We need each other’s backs. So find a friend, build good support systems, and we will get through this together.” At the same time, Silverio made use of a timely metaphor in describing the community: “LGBTIQ organizations serve as primary care agents in serving the communities... In this time of pandemic, empathy and compassion matters. We have to be mindful that whilst all of us are affected, there are individuals and groups who are in a more disadvantaged position.” Their message homogeneously revolved around the role of empathy in leadership through helping each other in these dire times, as this is the essence of having a community.

Ryan Korbarri is the Chairperson of Arus Pelangi, Indonesia

Ripley Wang is the UN Advocacy Officer at ILGA Asia and was actively involved with the LGBTI+ movement in China through their voluntary role with LesTalk, a national LBT online podcast initiative.

Hiker Chiu is a Taiwanese intersex human rights activist who founded Oii-Chinese in 2008 and cofounded Intersex Asia in 2018.