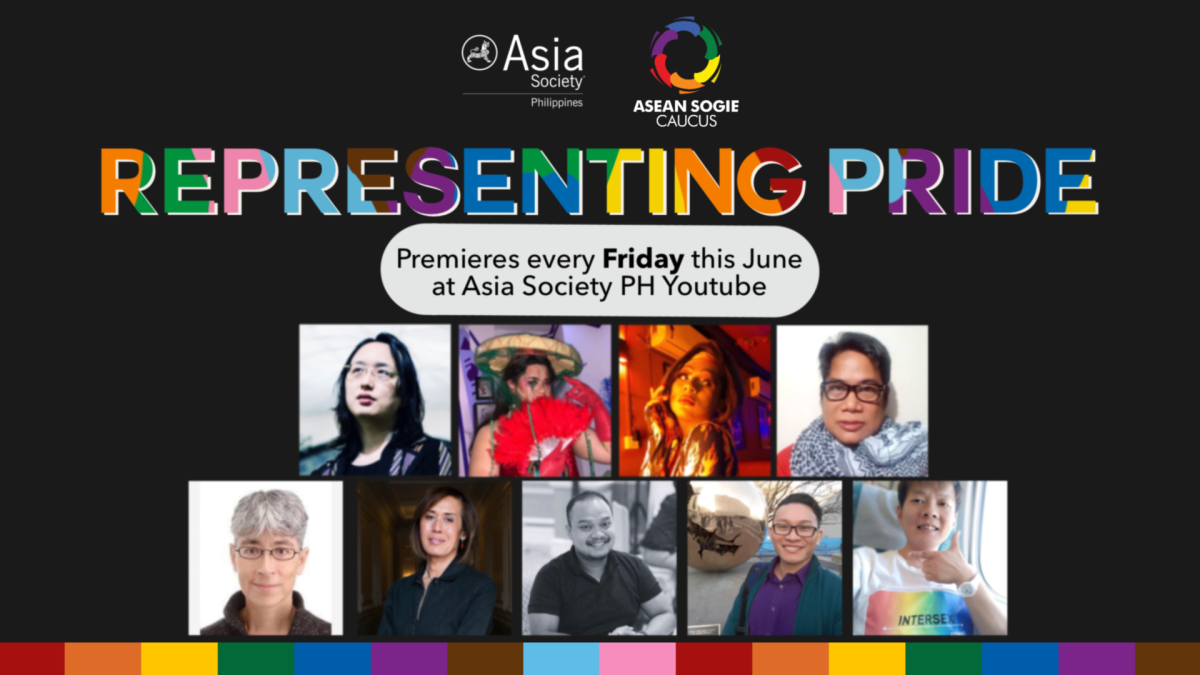 We have partnered with ASEAN SOGIE Caucus to bring you a month-long video series, premiering every Friday at 12 NN PHT, entitled “Representing Pride,” talking about why representation and visibility matters featuring members of the LGBTQIA+ community from Southeast Asia.

For the first video, focusing in the field of arts and culture, we have invited artist Loc “Babel” Huynh, drag artist and activist Minn “Walkie Talkie” Khant, and Regie Pasion, Chair of LGBTQ+ Partylist, to share their journeys and message to the future generation. Also featured is a special message from Minister Audrey Tang, Taiwan’s Digital Minister.

The second video focuses in the field of media featuring Gina Chua, the Executive Editor of Reuters and Phred Dvorak, senior reporter in Asia at The Wall Street Journal with a special message from Minister Audrey Tang, Taiwan’s Digital Minister.

Tune in every Friday for the premiere of “Representing Pride.”

Loc "BabeL" Huynh is a drag artist and activist from Vietnam. She is performing arts as a way to connect Vietnamese queer heritage and political activism.

Minn "Walkie Talkie" Khant is a drag artist and activist who is part of the Rainbow Alliance, an LGBTIQ youth group in Myanmar.

Regie Pasion is the President of the Lesbian, Gay, Bisexual and Transgender - Bahaghari United Securalists (LGBT-BUS) organization of Marikina City.

Gina Chua is the Executive Editor of Reuters who is responsible for editorial operations, including budgets, safety, security and logistics, among other duties and known as one of the most senior transgender journalists in the country.

Phred Dvorak is a roving senior reporter in Asia at The Wall Street Journal/Dow Jones.