Mindanao as the Land of Promise and Potential 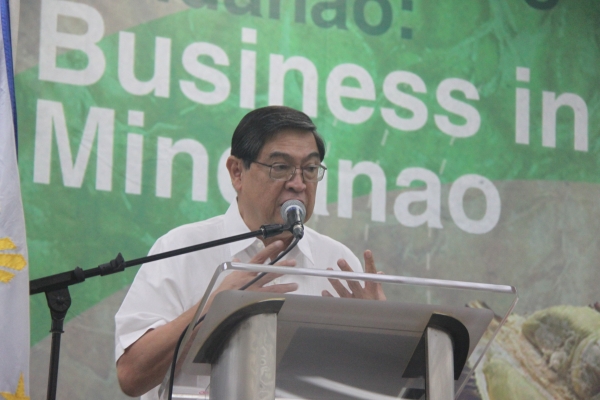 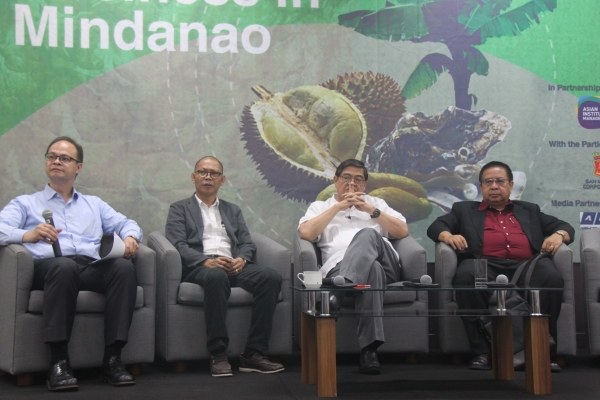 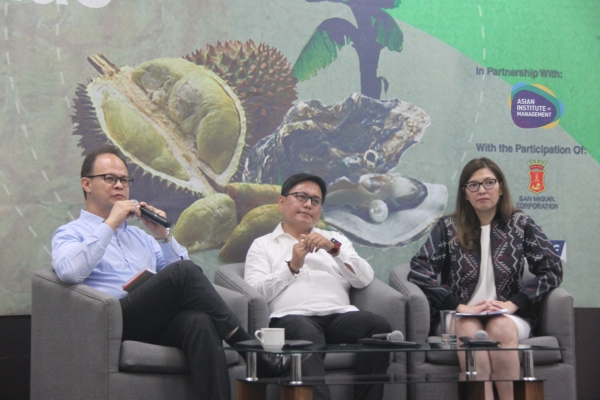 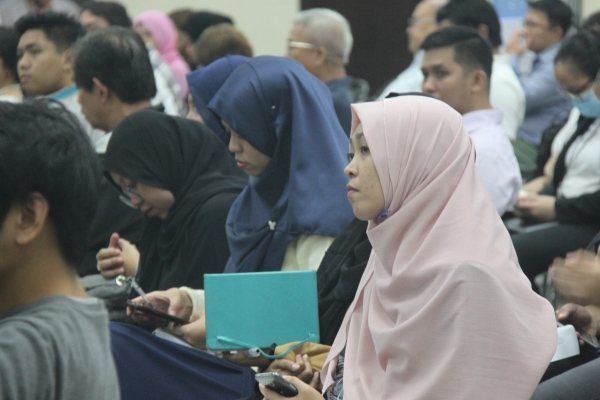 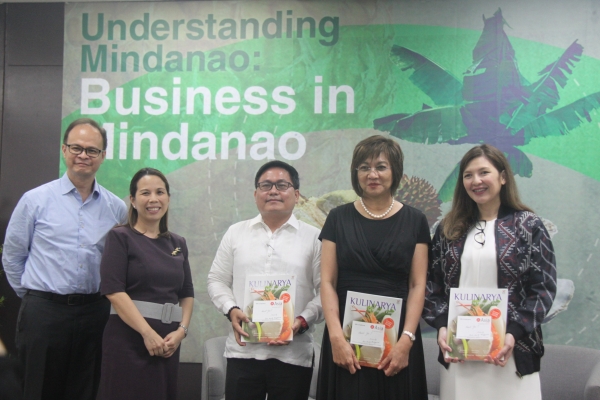 Understanding Mindanao: Mindanao 101 left a lasting mark on all attendees and livestream viewers. The dialogue continued long after guests had left Fuller Hall at the Asian Institute of Management, spilling over to social media for the proceeding weeks to come. People with different views on the points the speakers went going back and forth sharing their opinions on Mindanao. Understanding Mindanao: Business in Mindanao carried on the trend of continued discourse online only a few days after the program.

Fuller hall saw a hundred people fill its seats once again on October 17, 2018 to hear what the government, and industry and policy experts had to say about economic realities in the southern island.

In the same format as Mindanao 101, the program was split in to two panels. The first panel on the integrated development of Mindanao brought together Jolly Lais (Director of the ARMM-Manila Liason Office), Paul Dominguez (Alternative Executive Director of Asia Development Bank), and Dr. Fermin Adriano (Senior Advisor for Mindanao Programs for World Bank). And the second on unlocking Mindanao’s economic potential had Asec. Romeo Montenegro (Deputy Executive Director of the Mindanao Development authority) and Ginggay Hontiveros-Malvar (Sulu/Marawi/ARMM Programs Head of GoNegosyo).

The speakers were cautious but optimistic. While recognizing the challenges to making the region attractive for investments, our speaker still noted the growth Mindanao has seen over the past 14 or so years.

“It has shown faster growth than any other region in the country… faster than Manila, faster than Cebu!” said Asec. Romeo Montenegro when highlighting positive economic turns for the region. He followed up by explaining the how the subregional economic initiative, BIMP-EAGA, provides many potential opportunities for Mindanao to open new gateways for ASEAN trade and industry.

The speakers gave examples of real and theoretical solutions to the challenges Mindanao face. From affirmative investments proposed by Paul Dominguez, to inclusive business opportunity initiatives being done as detailed by Ginggay Hontiveros-Malvar and policy implementations—there were numerous suggestions presented to try and tap in to Mindanao’s potential as an economic region in the Philippines.

However these solutions do not come without the problems that they aim to solve.

“The overall perception of Mindanao as a place for investments is not going to change until the poorest sections of the island move up.” stated Dominguez when elaborating on low government expenditures on particular areas in the region.

This point was belabored further by Dr. Adriano when mentioning the uneven concentration of wealth as well as low productivity rates at the farmer level of industries within Mindanao.

On top of solely economic based challenges, the region faces multiple security concerns due to conflict areas with rebel groups (i.e. the MILF, NPA, and Abu Syaff). Initially mentioned by Jolly Lais, all the speakers expressed similar sentiments of conflicts compromising economic opportunities in the region. Problems of workforce displacement and fear of engagement with Mindanao become very real barriers to investors that might be interested in funding particular resource rich areas. Dr. Adriano mentioned that there are government efforts to try and instill peace and development in said areas, but the situation has become more complicated since the conflict has grown from the government against rebels to rebels fighting each other.

Despite these challenges, efforts to try and empower Mindanao economically have not faltered. Gaining access to the vast opportunities presented by the region come at the cost of overcoming difficult hurdles. The solutions to these problems exists through education, policy, and job-creating investments. Mindanao is incredibly rich in resources and potential for economic opportunity, but just lacks the attention and initiative from both government and industry to fully embody what it could be. Perhaps the logical first step would be to eradicate violence and armed conflict in the area, to create more room for development and growth.