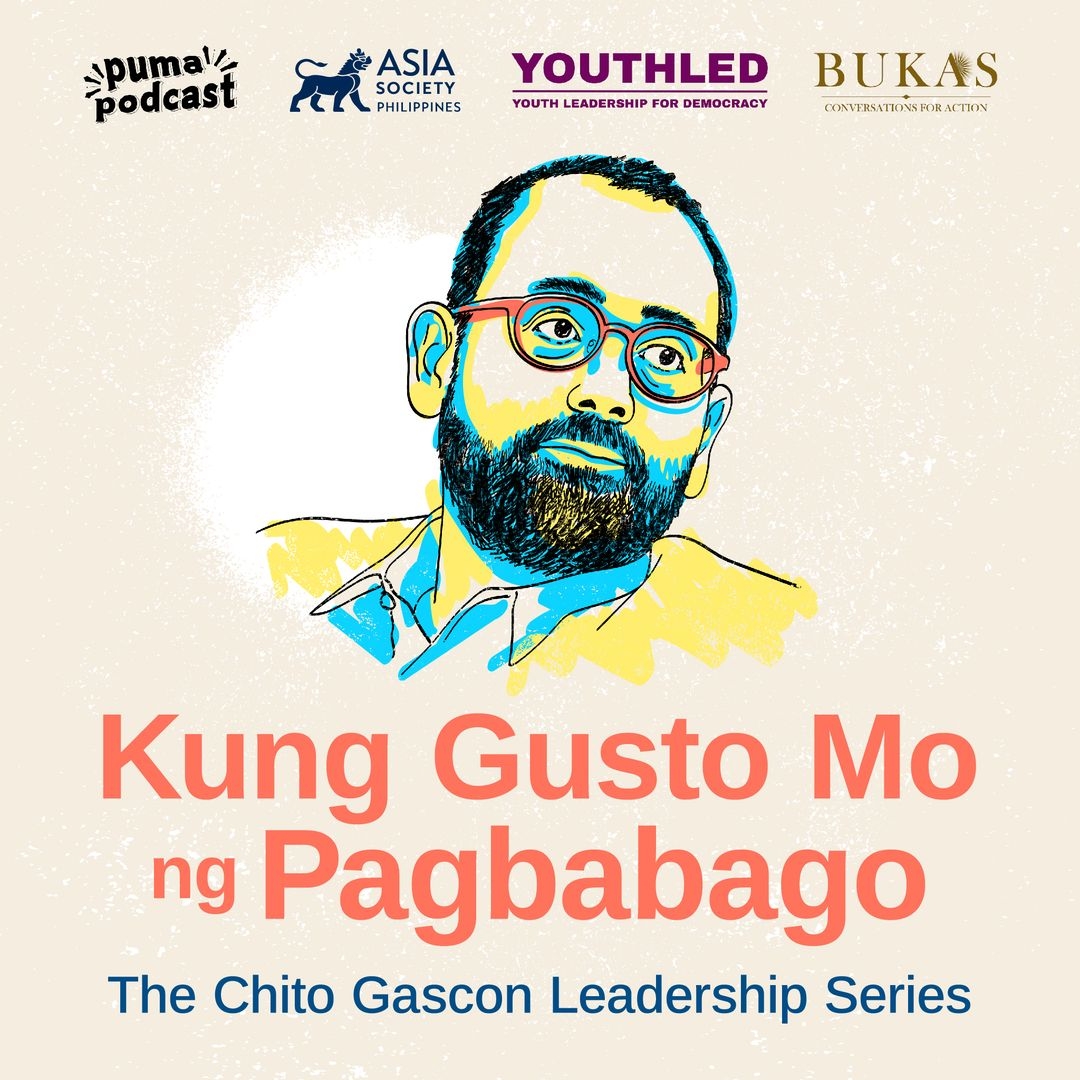 As 2022 marked a critical year for the Philippines with the National Presidential elections, Asia Society Philippines with PumaPodcast, BUKAS: Conversations for Actions, and YouthLed PH, co-produced the Kung Gusto Mo Ng Pagbabago (If You Want Change) series. This series was named after the former Chairman of the Commission on Human Rights, the late Jose Luis Martin “Chito” Gascon.

"Pound the rock," the late human rights champion Chito Gascon used to say to changemakers. It was this belief in reform, and in the power of the youth to drive it, that carried him through frustration to victory. His commitment to serving our country and his example of leadership continues to inspire the next generation of advocates and activists.

Kung Gusto Mo ng Pagbabago (If You Want Change) series highlighted the crossroads Filipinos were in in deciding the future of the nation. Gathering insights from the intergenerational panel, the series asked, what can each generation learn from each other to tackle the challenges of nation-building and ultimately, "If you want change, then what or how [do we achieve this]?"

The series spanned 5 major issues that the nation has been facing. These issues are not new, rather issues that Filipinos have wrestled with across the decades. Each episode covered a single topic from good governance, mis- and dis- information, gender equality, climate crisis, to education reform. The episodes brought together veteran changemakers and young leaders to learn from each other and discuss how we can build the future we want for our country.

Watch the Videos on Youtube
Listen to the Podcast on Spotify

Episode 1: Activism and Advocating for Change

"Activism, while important, has its limits. Shouting outside the establishment can only work if people inside are willing to listen. "But advocacy becomes essential when you're already inside the room and the person who is supposed to change things is about to listen."

Kung Gusto Mo ng Pagbabago series opened with a discussion on good governance and the importance of activism and taking active part in trying to change the world for the better.

It’s very important to ask the question, what are we doing wrong, and how has democracy in its current form failed people to the extent that they are susceptible to empty promises and the return of authoritarianism

With the rising disinformation and misinformation on and off line, Episode 2 discussed effectively communicating the truth in today’s age with our panel of award winning documentarists and journalists.

As difficult as the political and economic changes are, yung pinakamahirap minsan pero siguro pinaka importante (the hardest yet the most important thing sometimes) are cultural changes.

They’re rooted in the personal relationships within the family, within the home. And they need to be supported in all institutions.

In Episode 3, the intergenerational panel sat down for a conversation about the the long fight of women and genders, and how issues surrounding gender equity have changed.

Episode 4: The Long Fight for Our Planet

The fourth episode centers on the ongoing and worsening climate crisis especially in the Philippines. We invited experts in the field who shared their insights on climate and economy, tourism, and the importance of climate story telling.

We need to go back to basics: Reading, Writing, and Arithmetic. If kids can do that, they can be taught digital literacy, digital citizenship, because they can read and understand what they are reading.

For this episode, “Changing Education, Educating for Change,” we invited experts from the public and private sectors to discuss multi-pronged and intersectional approaches to education reform.