A Filipino in China: A Perspective on Philippine-China Relations | Asia Society Skip to main content

A Filipino in China: A Perspective on Philippine-China Relations 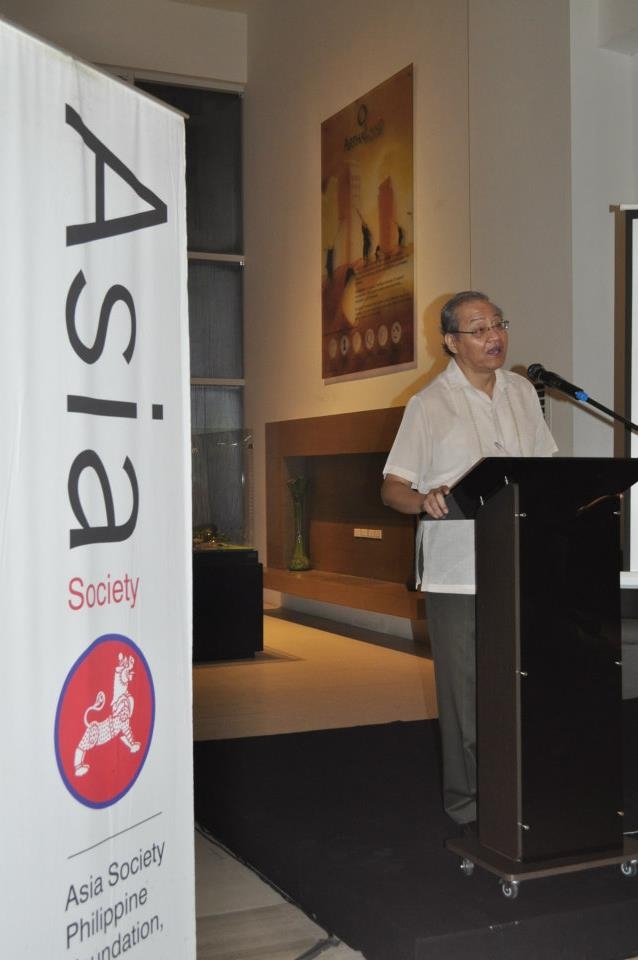 Until this day, officials from the Repbulic of China and the Republic of the Philippines are still continuing their talks on the issue of the disputed Spratly Islands and the Scarborough Shoal. Both countries are asserting sovereignty over these lands which contain vast amounts of natural resources. This issue has brought about economic problems and internal struggles in both states.

To shed some light on this matter, Asia Society Philippines organized “A Filipino in China: A Perspective on Philippine-China Relations by Chito Sta. Romana” last Tuesday, October 2, 2012 at the Arthaland Sales Pavilion in Bonifacio Global City, Taguig. The speaker was veteran journalist Chito Sta. Romana, who lived and worked in China for more than three decades.

He started his presentation with personal anecdotes of how his life was in China. He narrated how he first went to China in 1971 as part of a Filipino youth delegation and had to stay there because of the political situation in the Philippines during the Marcos regime. He was suppose to stay in China for only 2 weeks; however, things didn’t go as planned. And to live and work in China, he needed to cope with uncertainty, adjust to a different culture, learn the language and turn adversity into advantage.

He eventually learned Mandarin at the Beijing University of Language and Culture and became the producer for ABC News in China since 1989 and Beijing Bureau Chief until 2010.

The Emmy award winning journalist then moved on to share his insights on the territorial issues regarding the two countries. Sta. Romana started this by stating that the Philippine-China Relations have now hit its lowest point of their bilateral relations since diplomatic ties began in 1975. Further, he said that China has become the biggest foreign policy challenge for the Philippines and it will remain to be a major issue in the foreseeable future.

His presentation also tackled the claims in South China Sea, China’s 9-dash-line and its underlying issues, the Philippine’s claim and argument, the current situation and characteristics of China internally, especially in terms of politics and in the international community as a rising superpower, the role of the US, the challenges ahead for both parties; and finally, a possible solution that will bore a better relationship for the Philippines and China.

To learn more about the event, e-mail info@asiasociety.org.ph.