Women on Top: Why We Need More Women in Leadership | Asia Society Skip to main content

Women on Top: Why We Need More Women in Leadership

In partnership with Manila House 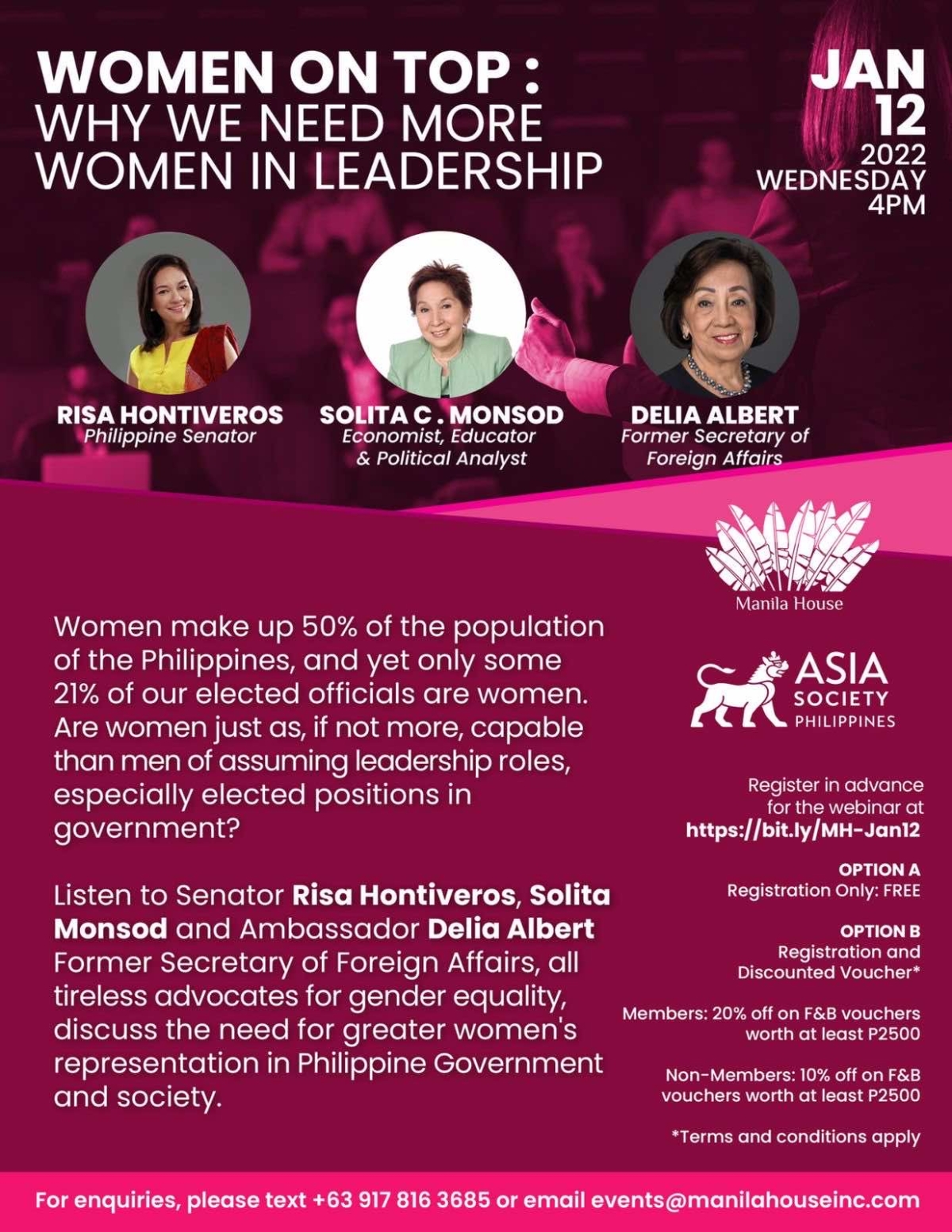 Women make up 50% of the population of the Philippines, and yet only some 21% of our elected officials are women. Are women just as, if not more, capable than men of assuming leadership roles, especially elected positions in government?

As a senator, Risa Hontiveros has tirelessly advocated for the rights of women and families, and have authored a number of bills, including, most recently, the bill that raises the minimum age for sexual consent to 16 years from 12. Economist, educator, radio show host and political analyst Solita C. Monsod is part of Let Women Lead, a fundraising initiative of AWARE, which aims to level the playing field for deserving female candidates who may not possess the funding or machinery to mount significant election campaigns.

Join us in the discussion here.