Pure Invention author, Matt Alt, on how our pandemic livers were 'Made in Japan' 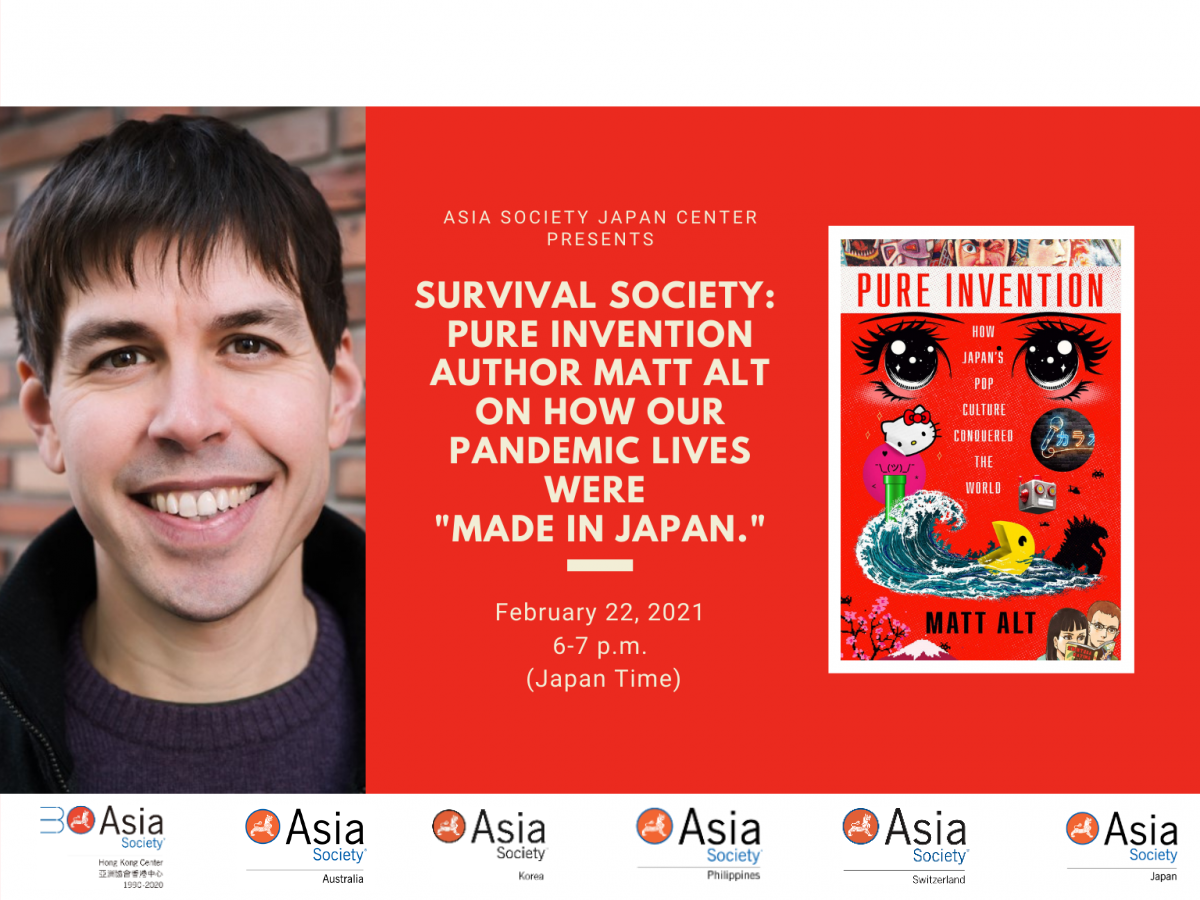 Asia Society is delighted to invite, Matt Alt, author of "Pure Invention: How Japan’s Pop Culture Conquered the World", to our webcast.  Speaking from Tokyo and reaching out to the Asia Society centers globally, Matt will share with us how he became the expert in his field and his unique perspectives of Japanese pop cultures as well as where we are during this pandemic.

His book, "Pure Invention: How Japan’s Pop Culture Conquered the World", is secret history of modern life told through the lens of Japanese consumer products: “fantasy-delivery devices” that transformed lives as we consumed them. From gadgets like the karaoke machine and the Walkman to immersive virtual escapes of anime, video games and anonymous online imageboards that have come to play such a role in the COVID-19 era, "essential inessentials" made in Japan reprogrammed the way we spend time with each other and soothe ourselves. They bewitched millions because they were well crafted products, but so too because advanced nations have come to resemble Japan demographically, politically, economically, and socially. That’s why when Japan’s economy crashed in the 1990s, its cultural clout paradoxically soared – and continues to today in an unprecedented time of instability, isolation, and pandemic.

Matt Alt is the co-founder of AltJapan Co., Ltd., a Tokyo-based entertainment localization company. With more than twenty years experience working alongside Japanese game, manga, and other content creators, he brings a unique perspective from inside Japan’s pop-cultural production machine. The author of numerous books about Japan, his writing has appeared widely in print and online at the New Yorker, Slate, Wired, CNN, BBC, Vice, and more.