Love Your Barangay: But How? | Asia Society Skip to main content

Love Your Barangay: But How? 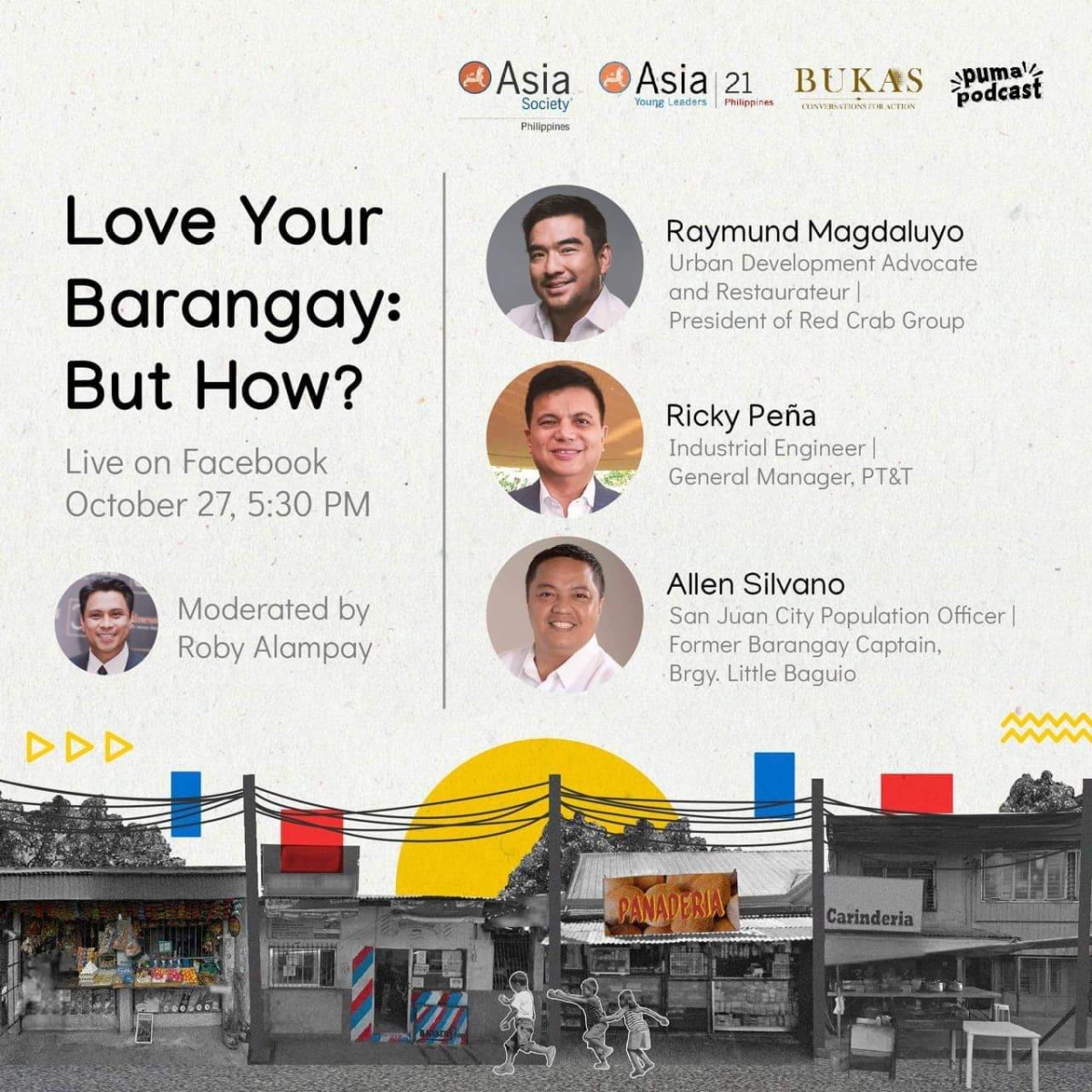 Under lockdown, Filipinos are rediscovering and gaining greater appreciation for their immediate communities. Urban planner and restaurateur Raymund Magdaluyo talks about the untapped potential of the Barangay: spoti.fi/2F2yErw

Love Your Barangay: But How? is the seventh episode of A Better Normal podcast series by PumaPodcast. This episode is produced in partnership with PumaPodcast, the Asia 21 Young Leaders Initiative of the Philippines, and Bukas: Conversations for Action.

Listen to the podcast and ask your questions LIVE this October 27, 2020, at 5:30 PM on Asia Society Philippines Facebook Page (@AsiaSocietyPH).

The live Q&A will be moderated by Mr. Roby Alampay and joined by Mr. Ricky Peña and Mr. Allen Silvano.

PumaPodcast is a product of PumaPublic Productions, a first mover in the podcasting and audio production space in the Philippines. It was founded by award-winning journalist Roby Alampay, formerly editor-in-chief of BusinessWorld and InterAksyon, and an anchor for Cignal TV’s One News. He is joined by a team of former reporters and producers from InterAksyon, Bloomberg TV Philippines, and GMA News.

PumaPublic Productions isn’t just working to improve the environment for a free press; it’s creating a new environment to expand the space in which a free press can flourish by building a network of podcasts and providing training to support other media practitioners who want to expand into the same platform.

Bukas: Conversations for Action is an initiative of the Asia Society Asia 21 Philippine Fellows. It is a non-partisan, future-focused, and evidence-based platform for Filipino leaders to convene. Its name draws inspiration from the Filipino word, Bukas, which means both “open” and “tomorrow” – reflective of the aim of opening doors toward a progressive tomorrow.