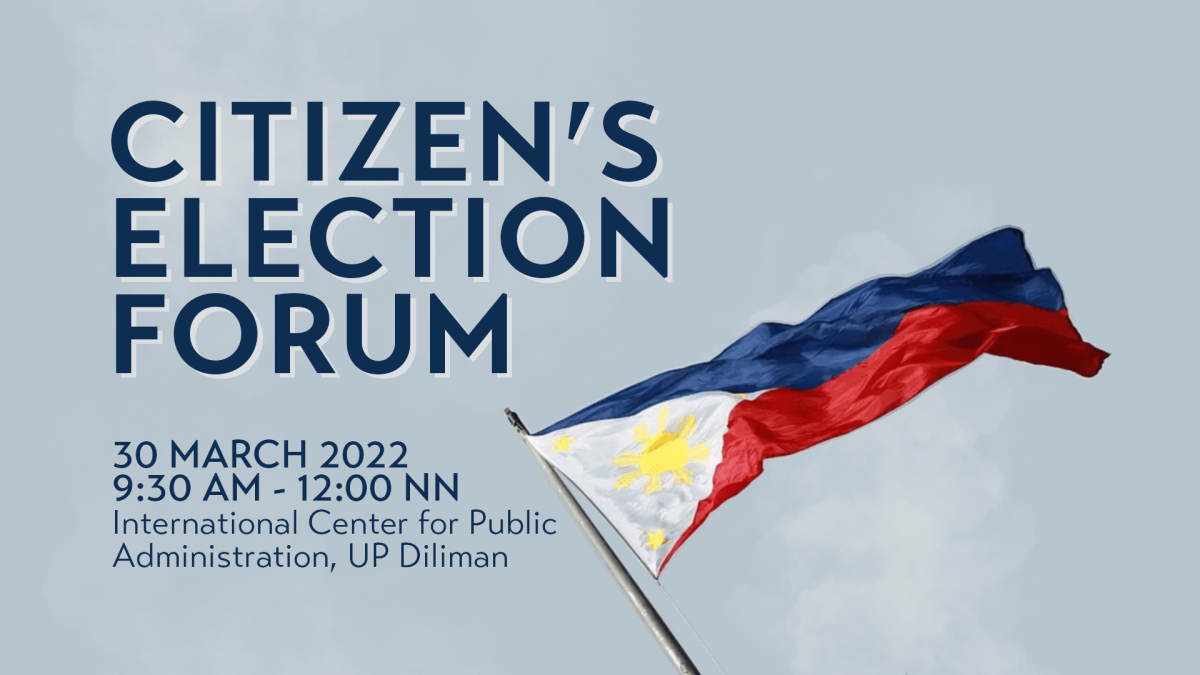 As the May elections draw closer, we aim to call attention to the importance of the private sector and civil society in fostering citizen engagement and election monitoring. Now more than ever, we believe it is of the utmost importance to create spaces in which people can come together in order to share insights on the impact of getting involved, the importance of listening, and indispensability of coming together as a community, for something as life-changing as the 2022 elections.

In the Citizen’s Election Forum, we partner with the Parish Pastoral Council for Responsible Voting (PPCRV) and Youth Leadership for Democracy (YouthLed). We hear from and converse with their representatives in the hope of engendering more open, honest, and critical dialogues about this landmark election and our collective role in shaping it.

Citizen's Election Forum on March 30th, 9:30AM to 12:00NN will be held at the International Center for Public Administration, NCPAG, in UP Diliman and livestreamed on Asia Society Philippines Facebook and YouTube pages (@AsiaSocietyPh).

The program is supported by:

Roby Alampay (Asia 21 Young Leader Philippines) is the founder and chairman of PumaPodcast, the award-winning podcast production company. A multi-awarded journalist, he is an anchor on Cignal TV's ONE News, and was the former editor-in-chief of InterAksyon and BusinessWorld. He was also a vice president at TV5.

Elena Pernia, PhD has over thirty years of experience in communication/media education, research, planning and evaluation. Her academic career focuses on building the capacity of students, local governments, health professionals, and civil society organizations to design, implement, and evaluate their own communication programs.

Previously, Dr. Pernia served as Readers’ Advocate or News Ombudsman at the Philippine Daily Inquirer (Inquirer Group of Companies). In mid 2016, she was appointed Head of Promotions and Marketing of iUPTV.

In November 2018, Dr. Pernia was appointed Commissioner for communication and information of the UNESCO National Commission, representing the non-government organizations.

on Citizen Engagement and Volunteerism for the Elections

Myla Villanueva (Asia Society Philippines Co-Chair)  is a technology pioneer with more than 30 years of leadership and experience in the local and global technology industry. She is a pioneer in Mobile Software, Cloud, Big Data Analytics and Security. She has founded 5 successful Start-Ups. Four have had some of the most successful exits and M and A's in the Philippine tech industry. She founded MDI Group, which has been serving Digital Transformation and technology solutions to telecommunications, banking and finance, utilities and government institutions in the Philippines for 33 years.

Myla has also served in international industry organizations such as the GSM Association (GSMA), Global Telecom Women’s Network (GTWN), and the Vice Chair of Asia Society - Philippines. She is a long time trustee of GoNegosyo and the World Wildlife Fund (WWF) Philippines.

Myla is currently the Chairperson of the Parish Pastoral Council for Responsible Voting (PPCRV), a non-profit and accredited citizen’s arm for clean, fair, transparent and peaceful elections in the country. PPCRV has close to 500,000 volunteers every election cycle.

Myla is Ernst and Young's first Woman Entrepreneur of the Year (2003); named Ten Outstanding Women in the Nation's Service in 2010, in the field of Science and Technology; and also named as Global Filipino Executive of the Year Grand Awardee (2021) by Asia CEO Awards. Myla has also been cited as one of Asia's Most Influential: The Impact List 2020 by Tatler Hong Kong.

Natalie Christine Jorge (Asia 21 Young Leader Philippines) is the Chief of Party of Youth Leadership for Democracy (YouthLed). Recognized both locally and Internationally for her work on education and development, she has led and co-founded youth-focused organizations and managed the implementation of nationwide programs on democratic citizenship, education, and good governance. She also has executive management experience in the private sector with a focus on corporate social responsibility and human capital development.

on Challenges and Opportunities for Citizen Engagement Online

He started selling theater tickets in 1999 and began producing his own shows by 2001. His biggest productions include the “Maxie the Musical,” the 2013 stage musical adaptation of the critically-acclaimed independent film “Ang Pagdadalaga ni Maximo Oliveros” and "Boys' Lockdown," a digital series released in 2020 that has garnered millions of viewers across YouTube, WeTV, iflix and GMA Heart of Asia.

He is the founder of Ticket2Me - the Philippines’ first fully digital and fastest growing ticketing and event technology company with more than 11,000 cash payment outlets throughout the country. He is currently the Vice President for External Affairs in the Philippines for the UnitedHealth Group, a diversified health care company dedicated to helping people live healthier lives and helping make the health system work better for everyone. 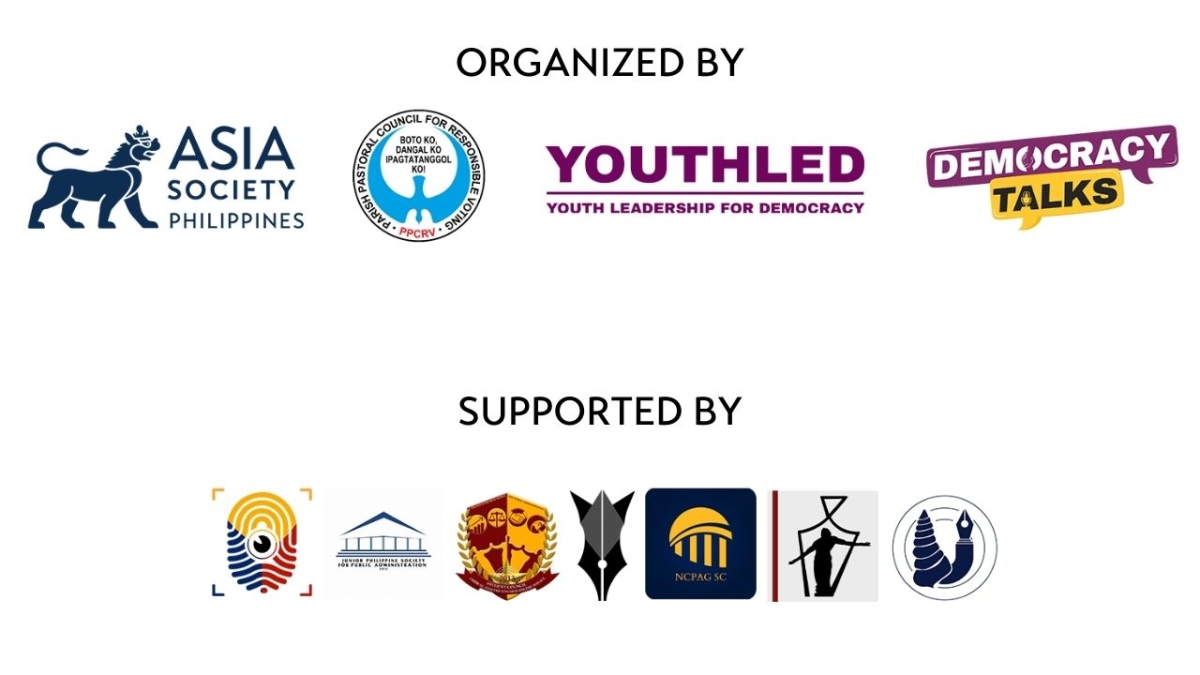 *Be sure to check back on this page or through Asia Society Philippines' Facebook, Instragram, or Twitter (@AsiaSocietyPh) for more updates!