Cooking Along With Chef Ken Cacho 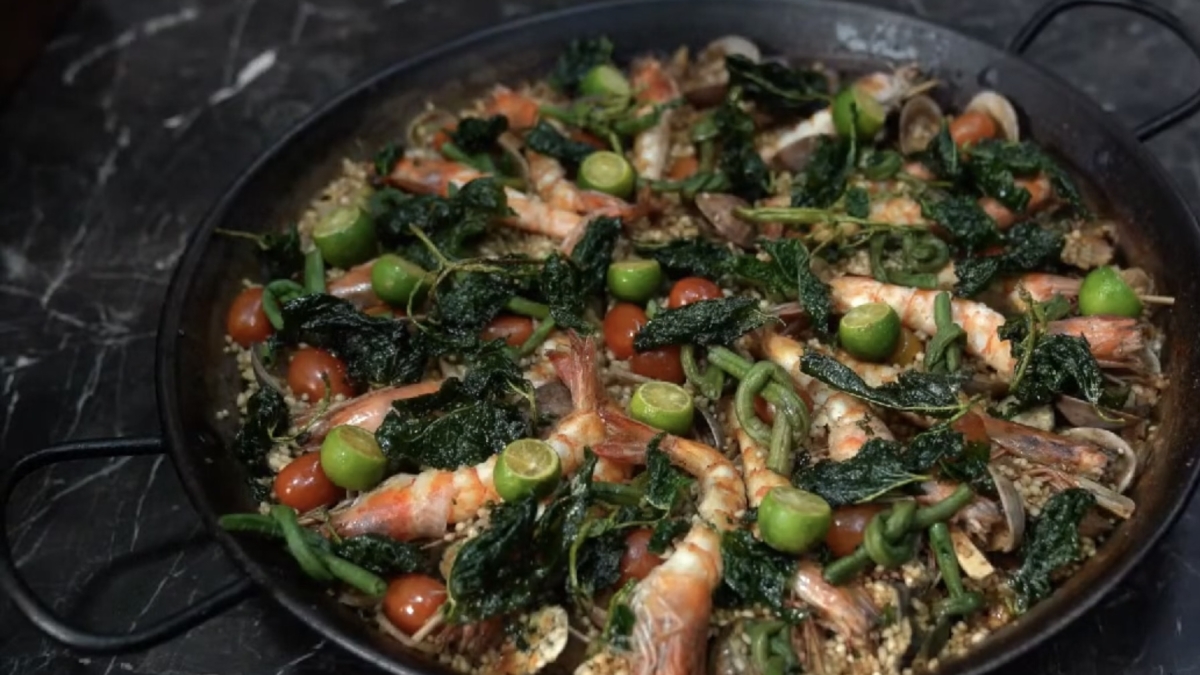 This May, Asia Society celebrates Asian American and Pacific Islander Heritage Month (AAPI Heritage Month). Join the global community in daily activities that explore the rich and diverse history and culture behind the influence of Asian Americans and Pacific Islander Americans! What better way to do that with food and what's the best way to introduce Asia's culture through rice?

To celebrate, Asia Society Philippines collaborated with Chef Ken Cacho on this rice dish that everyone will surely love. Watch below as he cooks and teaches us how to make Prawn Sinigang Paella and discuss alongside what makes the dish uniquely Filipino.

Sinigang, from the Tagalog verb sigang; to stew, is a dish all Filipinos are familiar with. While it's difficult to pinpoint its exact origin, it shares a kinship with other sour and savory soup-stews from neighboring countries like Malaysian Assam Pedas Ikan, Indonesian Sayur Asem, Vietnamese Canh Chua, and Thai Tom Yam. This calls to mind the centuries of trade and cultural exchange that characterized the region that would become known as Southeast Asia.

As ubiquitous as pumpkin or tomato soup in the United States, sinigang is a staple of both the daily grind and the most elaborate community gatherings. Monday to Sunday, it is our soup du jour. Traditionally, the broth gets its iconic sour flavor from the incorporation of tamarind. Vegetables like string beans, taro, and water spinach - or kang kong as we call it in the Philippines - are left to simmer with one’s protein of choice, usually beef, pork, or seafood. Several regional varieties exist that substitute any number of souring agents, vegetables, and protein. Variation in the availability of ingredients and differences in personal and cultural tastes have allowed different communities to imbue sinigang with their respective inflections. Sinigang is a dish that perfectly analogizes the negotiation, re-invention, and celebration of identity that is at the core of Asian American and Pacific Islander Heritage Month.

Chef Kenneth Cacho is a Country Executive Chef at Unilever Food Solutions Philippines. He has been serving many great Filipino dishes in his over three decades of experience in the kitchen. He has served as a chef in Le Souffle Restaurant and Wine Bar; as a senior sous chef in the Mandarin Oriental Manila and Chef de Cuisine at RMS Queen Mary 2; and has received multiple awards in various competitions such as the Philippine Culinary Cup 2017 and 2019, and FHA Singapore.

Chef Ken is currently among the roster of chefs in Unilever Food Solutions Philippines’ Culinary Team as a Country Executive Chef since 2019.