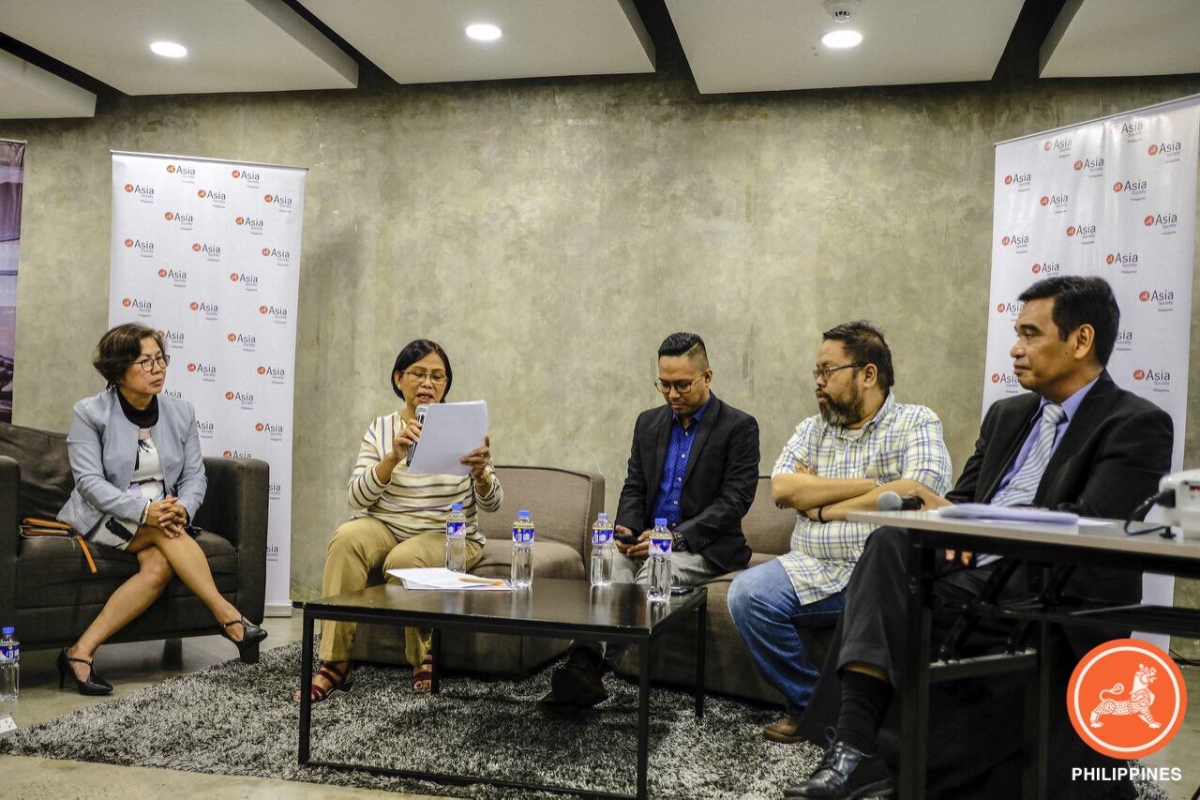 As the Philippine midterm election nears, Asia Society Philippines, in partnership with Acceler8, hosted the first of the year’s Asia Society Conversations, titled What Voters Need to Know. The discussion moderated by Danilo Arao of Kontra Daya, brought together Director James Jimenez of COMELEC, Maribel Buenaobra of PPCRV, Richard Amazona of YouthVote Philippines, and Ellen Tordesillas of VERA Files. The panelist discussed topics that ranged from voter’s education, the influence of social media on political campaigns, to the power of the youth vote especially on this year’s (and possibly 2022) elections.

Elections in the Philippines: Past & Present

COMELEC opened the conversation on how the elections has change since 2010, when the VCM (Vote Counting Machine, formerly known as PCOS) was first introduced.

The 2004 elections was a pivotal moment in the country’s electoral process which involved a scandal in the manual canvassing of votes. In 2010, COMELEC introduced the VCM to automate the process of counting votes. Dir. Jimenez shares that when they were transitioning, there were a lot of doubts since at the time, COMELEC had zero credibility on elections. They had to take the leap to automation to avoid another case of election fraud.

Maribel Buenaobra of PPCRV agreed that the automation helped shot COMELEC’s credibility up. Because of automation, results of the election were faster. It helped combat the cheating on the canvassing of votes. However, she adds that there is still cheating even with automation but it is outside the machine and on the ground—i.e. vote buying.

Ellen Tordesillas of VERA Files weighed in and agreed that the anomaly in the elections is the vote buying. Because once the votes are casted, it is very hard to cheat the machine. She shares that cheating still happens on elections via giving money to people and through dissemination of false information online.

The Influence of Social Media

With the Philippines being one of the countries with the most social media users. The panelists agreed that social media was the game changer in the recent 2016 National Elections. Social media has become an easy and free avenue in spreading information to everyone, making information readily available to anyone and everyone. However, information from online feeds are not always reliable. Thus, the rise of “fake news,” which has become unavoidable nowadays.

Tordesillas of Vera Files, an organization who fact-checks reports online, shares that from April 2018 – December 2018, they have debunked 236 fake news reports on Facebook alone. She also shares that online disinformation in the Philippines has been overwhelmingly political. She advises people to be more vigilant, to actively filter the news that they see on their online feeds, and to arm themselves with the right information.

Since social media is highly accessible, politicians and party lists have used it as a tool to influence voters. An increasing number of candidates and party lists have been campaigning online rather than the regular avenues like radio, television, and posters. However, with it being accessible and cheap, candidates can use it as a way to falsely influence voters; this is why our panelists advises people to question the things they see online and to find the truth behind the ads that the see. Daniel Arao adds that people should see past the sound bites of candidates found online and discuss more the issues and their platforms.

Power of the Youth Vote

Danilo Arao opened the topic of the youth’s involvement in the Elections, especially with the rise of fake news and the continued issue of vote buying. Richard Amazona of YouthVote Philippines, shares that the youth has never been more involved; it is a common misconception that the youth are not going to the polls. By 2016, there are more Filipinos between the ages of 18 to 35 who are voting. Youth nowadays are less apathetic but more aggressive in participating in conversations on elections both online and offline. Buenaobra also agreed to the importance of youth voters because they have the possibility to sway this year’s midterm elections and possibly the 2022 National Elections. Dir. Jimenez also agreed that there is an increase of participation in young voters. He mentioned that there are now about 21M registered youth voters. But he also adds that though the problem is not apathy, the problem lies in the quality of the participation of not only the youth but everyone.

Accountability, Non-Partisan, Good Governance, and Enabling Factor. This makes it easier for people to assess who they are going to vote for in the coming Election. Another tool available for voters, Buenaobra shares, is the PPCRV online course on voter education found here.

What Voters Need to Know

With the rise of fake news and the increasing number of first-time voters, the call for a Voter’s Education has never been more important. When asked what advice they can tell voters, specifically first-time voters for the upcoming elections, all the panelists agreed to being armed with the right information.

Amazona shared that voters, especially first-time voters, should focus on the issues important to them, find out the candidate who is championing it, and learn about their platforms. YouthVote developed scorecards to help disseminate the right information about candidates and party lists.

Buenaobra stressed the importance on being informed by volunteering, discerning, and learning. She encourages everyone to participate in PPCRV’s voter’s education online course. She also shares to the audience three K’s voters should look for in their candidates: KKK—Karakter, Kakayan, at Katapatan.

Tordesillas also shared to look for honesty in candidates and research on the candidates to get the right information. Vera Files continues to debunk fake news reports and asks people online to be more vigilant in the reports that they see.

Dir. Jimenez advises people to question the authenticity of candidates especially in social media, because they might only be saying these things for them to stay in power. He also shared that people need to keep in mind when voting to focus on the candidates’ policies and not be fazed by the glitz and glamour of politics.

Danilo Arao advises voters to choose their candidates wisely, research about them and do not just choose based on their sound bites but their actual programs and plans of action. He also adds that voters should remain critical and vigilant. Kontra Daya offers programs on voter education and continues to fight election fraud.

The program ended with Dir. Jimenez demonstrating how the Vote Counting Machine works, with help from few of the audience who voted with demo ballots. He shared the process to the audience so they can also make sure that the right process is followed on election day.

Ultimately, every voter should start their research on the candidates and party lists running. Find out about their platforms. Voters should educate themselves so they can make an informed decision come Election day. The right of suffrage is not one to take lightly, one must remember that whatever decision made on that day will impact the Philippines for the next six years.